This is a post I will try to do everyday for the next couple months. This is not a post to determine whether or not someone is a mutant. Also, not every mutant will be in these posts only the one's that I am curious as to what character trait of the character can relate to you. 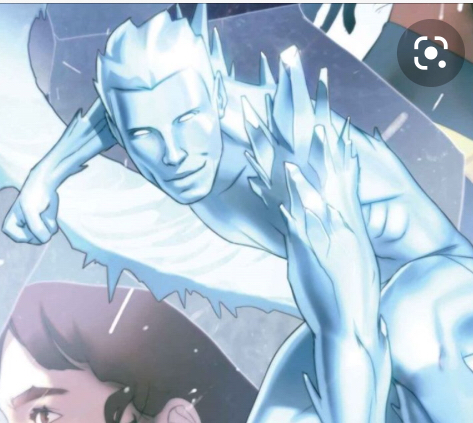 What makes you connect to Iceman?

Is there anything you wish they will do with the character?

I connect with Iceman because we both kinda have this fun jokingly personality. I like some of his characteristics. I hope they give him a good role in the MCU.

Iceman currently identifies as gay. The fact that he once dated women does not mean he is bi. He has never identified as bi. Many gay people date the opposite gender before they admit they're gay. This is extremely normal and common. Bobby dated women for years before he finally came to terms with his sexuality. Currently he's a gay identifying male. That doesnt mean bi people arent real and legit, we are. But bobby is not an example of a bi person necessary. More so, he's an example of a very closeted gay man who hid his identity for years. He never ince claimed bisexuality. And since coming out he has shown zero interest in hetero romantic relationships. There's no evidence to suggest he is anything other than just gay.

That fact that a character had relations with women is not evidence that he is bisexual, speaking as a bisexual man myself.

Again, he has shown no evidence of attraction to women since coming out. Its normal for closeted gay people to date the opposite sex, often done because the person cannot admit to themselves their identity.

If you can provide a single panel scan of evidence of bobby post coming out in which he is idenitying himself as bisexual, or romantically involving himself with a women, than ill admit im wrong. But since he came out there is no evidence he is anything but gay. He only claims to be gay, and openly identifies as gay, not bi. A person is how they identify, not what you think they should be.

^^You can change your sexuality, you know that?

Well identity is fluid, and can change over time. Saying you can "change your identity" isnt necessarily one hundred percent accurate. Its not a choice, but your sexuality can change.

Sorry i dont mean to nitpick, ultimately you were right.

However, in bobby's case, since openly identifying as gay, he has never claimed to be anything else nor has he displayed hetero romantic interest. Unless evidence can be provided, the arguement he is bisexual is clinging to strawsm

Slyme, we shouldn't even try to argue with CMJ. He's a troll

There is no arguement though ultimately. Cmj has no evidence. I know because if there was evidence i would be all over it. But since he came out, there is no evidence that he has:

Has hetero interest in any way.

If cmj can provide a panel scan of a single piece of evidence of either if those options id concede to his point but he cant. Objectively, he his gay identifying.

Who the hell are you calling a troll what do you call what your doing climbing Mt. Everest I'm trying to make a point about Bobby I mean none of you are in no position to throw stones at glass houses or make insipid remarks wow judge much and if he's bisexual so what big deal he is what he is get over it already.

Nobody cares if he is bisexual or not. Id personally love it if he is. Im bisexual too. The fact of the matter is there is no evidence that he is. Objectively, he is gay identifying right now with no evidence to say otherwise. Facts are facts *shrugs*

But there is evidence that he was with women in the X-Men trade paperbacks this is just everyones way of trying to alter this characters history abd you can't change what happened what's done is dine.