Goodness. I wish I knew how to find my old posts to link lol😅 I had two of them. Anyway, I guess I’ll just give a brief recap of Whisper.

She’s the love interest for Ensylum, his MJ equivalent. Her color scheme is purple and black.

She has schizophrenia, and sees things that others can’t such as invisible things, spiritual beings, and things from other universes/dimensions where barriers between them and her Earth are weak. She can see Asylum even when he isn’t in control of Endgame. She’s a founding member of the Nightriders, and is supposed to have pretty high power levels. Jean Grey, Raven, Scarlet Witch, somewhere up with them.

Speaking of them, they, along with Mera, are similar to her in other aspects. Like Raven, Whisper has daddy-issues, but they stem from her dad having a personality disorder, switching between extremely caring to the point of it being stifling and overbearing to her, and being a hateful, neglectful, and even abusive father and husband. Mera’s spunk and confidence in Aquaman as well as Scarlet Witch’s instability are both things that show in Whisper’s personality. There are Jean-like aspects in there too, but I don’t feel like going into really deep detail as I don’t think it’s necessary for this (but I’ll explain her personality further if it’ll be of use to you guys). 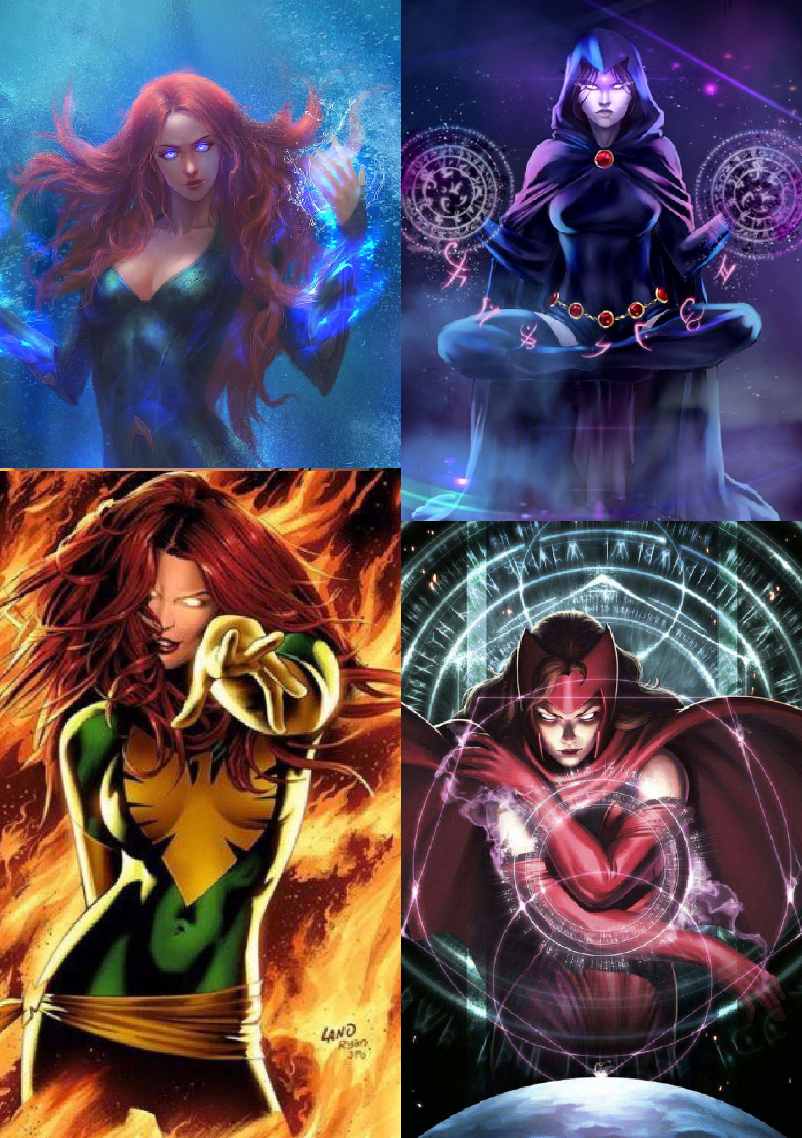 Her symbol will probably involve a dragon, or perhaps even a wolf.

Now, her origin is where I’m struggling. How did she come about gaining her abilities? I want them to be partly powers, partly learnt. Now, please, don’t use mutants or Eternals or anything strictly Marvel (or any other superhero company, for that matter). My characters are standalone currently, so I like to keep them disconnected from other, professional works. Thanks for your help and participation, in advance!

I think i saved your posts last time I linked them. Let me check.

She could be from Latveria, her powers could derive from the astral dimension. Her Dad could be a former horseman of Apocalypse and the changes he made to him could have resulted in his disorder. Her Mom could be the estranged sister of the Silver Surfer.

🤔 Hmmm, I'm not sure. Maybe she is half-demon who learns how to use her powers from a sorcerer or another demon? Maybe she could be 'the chosen one' type of a character? 🤷‍♂️

Make her half Deviant. Make her mother a Deviant Royal who came to earth as a scout and fell in love with her father but was eventually force to leave them by her family. Have her alter their minds to block their memories of her which results in Whisper's schizophrenia and her father's personality disorder.

Then just make up a new Alien race and replace them with the Deviants in my idea.

Maybe something both Alien and Mystic? 🤔

An alien race that are masters of Mystic Arts....sounds pretty damn awesome to me.

Sorry, fell asleep while searching and just woke up lol

Ooh... I like Namor’s idea. And change them to a Sorcerer race too. Hmmm.... I’m definitely keeping that one in mind. Thanks guys!

Also, thank you so much for finding all those old posts, Icy; I’m finally cataloging them lol.