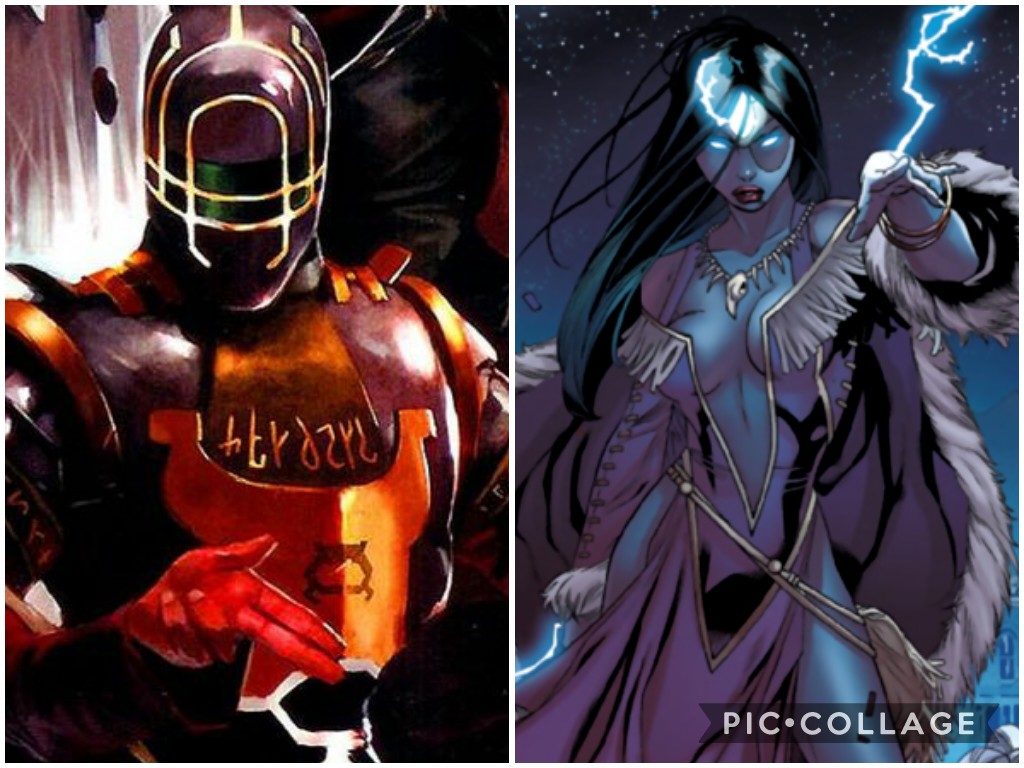 @His Grey Eminence any thoughts?

I’m giving it to Mechamage 😌 With armor/ sor-circuits, she has greater durability, which usually wouldn’t matter, but between two mystic beings, it does. Her armor also sports ward protection.

She is skilled in the mystic arts, one of the masters, as identified by Scarlett Witch. She not only fights magic to magic, but utilizes magically infused weaponry that disrupts other magic.

Mechamage is more intelligent, but I can’t say that it’s enough to make a difference in this fight.

Mechamage also seems to specialize in a broader range of magic, but because I’m not as familiar with Talisman, I can’t compare the two.

But Talisman has an actual name, so that’s kinda nice 🤣🤣🤣 Mechamage’s name has never been stated because she probably doesn’t have one, since she’s only ever existed in maybe 10 comics 😂

(edited by His Grey Eminence)
1

😂 Everytime i post my Battles, i hope i can get a good debating conversation. Anyways, Mostly agreed just 1 thing i will say Talisman has more magical stuffs where Mage has Tech + Magic + Broader efficiency.

So, i will also give it to Mechamage.

I don’t blame you, that’s all we ever strive for is good conversation 😂✊🏻 Plus, I’m always happy to see o’l Mechamage in a battle since she barely exists.

Give me Elizabeth for a very slight majority. Knowledge is power, and she has access to superior knowledge of arcane arts and warding via her sigil/talisman. Additionally she has superior experience and a more varied arsenal of ability including telepathic abilities.

This is a great battle! It's tough to me because 1) I dont know a great deal of either character, I'm not familiar with their comic showings.

However, Talisman does appear the more versatile, and slightly superior on the topic of magic.