Remember that time when Anthony Mackie was like "I didn't watch homecoming" and Tom looked so offended, the audience started "oof"ing and then Tom said "I didn't watch the falcon movie either- oh wait" THAT, good sir, was brilliant, like dude, apply cold water directly to burnt area, I loved it

It's really cool, I recommend it

I didn't see any of Iron Boy's movies.

Hi, I am Lagvaldemag and you can call me Lag. Read the Guidelines and follow them.

Eh, as valid as the “Iron Boy” take may be, it feels a bit off to say that in the same breath as saying that you’ve not watched the movies. What I’m getting at is that it sounds less like your own opinion and more like one you picked up from a YouTube channel.

As for the validity of it, sure I can see some argument for that, but it gets pushed into absurdity. MCU Peter Parker is a weird mishmash of 616 and Ultimate incarnations (with Miles’ friend Ganke renamed, which always bugs me), and ultimately is a different version of the character again. Was he more dependent on Iron Man than I would have liked? Sure, but the Iron Boy argument exaggerates the issue. As far as the character arc of MCU Peter Parker, he was prematurely brought into the larger superhero world because Tony thought it would totally cool to recruit a kid.

FFH somewhat necessarily wallowed in the death and legacy of Iron Man, but the only part that really felt out of place for me was when he needed to make a new costume and did so using the handy hologram machine thing.

The third movie is both both more promising and potentially more concerning. The character has come into his own more as a hero at this point, and it’s far enough removed from Endgame that he won’t have an Iron Man dependency. It is however that much more likely that Sony will inch closer to going full ASM2.

The thing is, FFH turned Peter into Iron Boy even more than Homecoming. And it troubles me that they are trying to make OMD adaptation.

They’re planning a OMD adaptation? Is that in any way verified or just a “sources say” rumour? I’d dismiss it outright as ridiculous that they’d consider that, but hot damn if that wouldn’t be on brand for Sony.

This is just my speculation but there are some hints.

Peter has nothing to make a deal with Mephis... wait a minute actually I think he has. 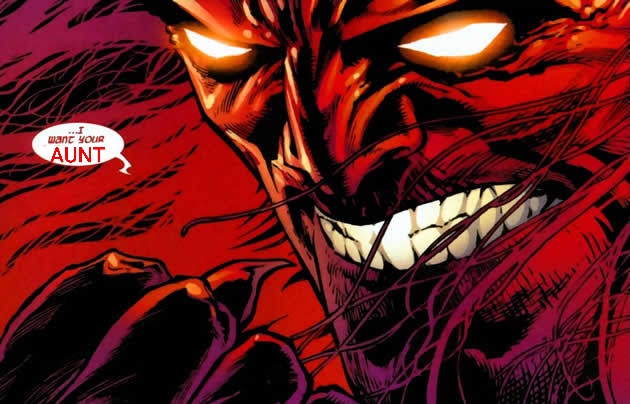