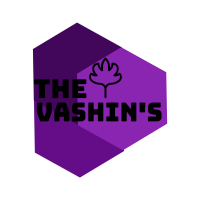 Please give suggestions and reactions

10 years ago, a war raged between the three tribes of planet Bluhma. The Karians, Acrians and Scarians each with their own wisdom and specialties. The Karians were famous for their skill with melee weapons, the Acrians for the archery and the Scarians for the magic and sorcery. To prevent the mass extinction of all life on Bluhma. A peace treaty was made and the war ended. As part of the treaty each group was to give a baby to the king and queen of the Scrian's on holy day as a sign of peace and loyalty to the gods. Peace had finally come. For now.

The 2 boys raced around the grass field. In the shadow of a mythan tree a boy reading a book glared at them. He got up and raised his hand palm forward. Out of it , like a bullet flew out a stone. It hit Amax's comordan hide boot and sent him tumbling

"You guys were loud and annoying " he promptly replied

"We should go home you know" Amax said getting up

"It's getting dark and the rafners are coming ou-"

A low grow grew through their talk.

"Wher-?" Amax said just as the rafner lunged out and bit out his arm. A scream split the night.

"Lamacra do something" screamed Amax as it hung on the his now stub of an arm.

Lamacra thrust his hands forward and a blast of wind ripped the rafner off Amax's arm.

"Are you okay?" Emoran asked worriedly

"We need to get him somewhere he can rest. It's unlucky I haven't learned any healing magic but I can try some first aid" Lamacra said lifting up Amax's body.

"Dang he's heavy" Emoran groaned as they struggled under all of his weight. They dragged through the forest and eventually they reached an old building.

"Where are we?" Emoran said in wonder

"I don't know, but as long as they see that were the princes of Bluhma they will respect and help us" replied Lamacra

The two stepped inside and

It was as large as a cathedral but on the outside looked like a cottage. In the middle stood four huge skeleton's.

"No, there the old gods" Lamacra replied

4 Rafners were huge bear size creatures that had armor plate scales and looked like snakes. They sounded like bears

4 The Old Gods were the founders of Bluhma and ruled over the world. They were eventually killed by the new gods.

Can you tell @Dare00Devil Devil to come look at it?

Why don't you just tag him?

Hallo! Pretty good. I like the little world you introduced. It lacks some punctuation. Looking forward to the next ones, also, if over the next posts you provided some backstory on the princes, tribes, and creatures, it would be really helpful! Good job!

It will come as the story goes by