Finally we can go back to the weekly issues format. Well I mean, sort of... one of them's not so weekly but I was pretty curious about it. Let's get started: 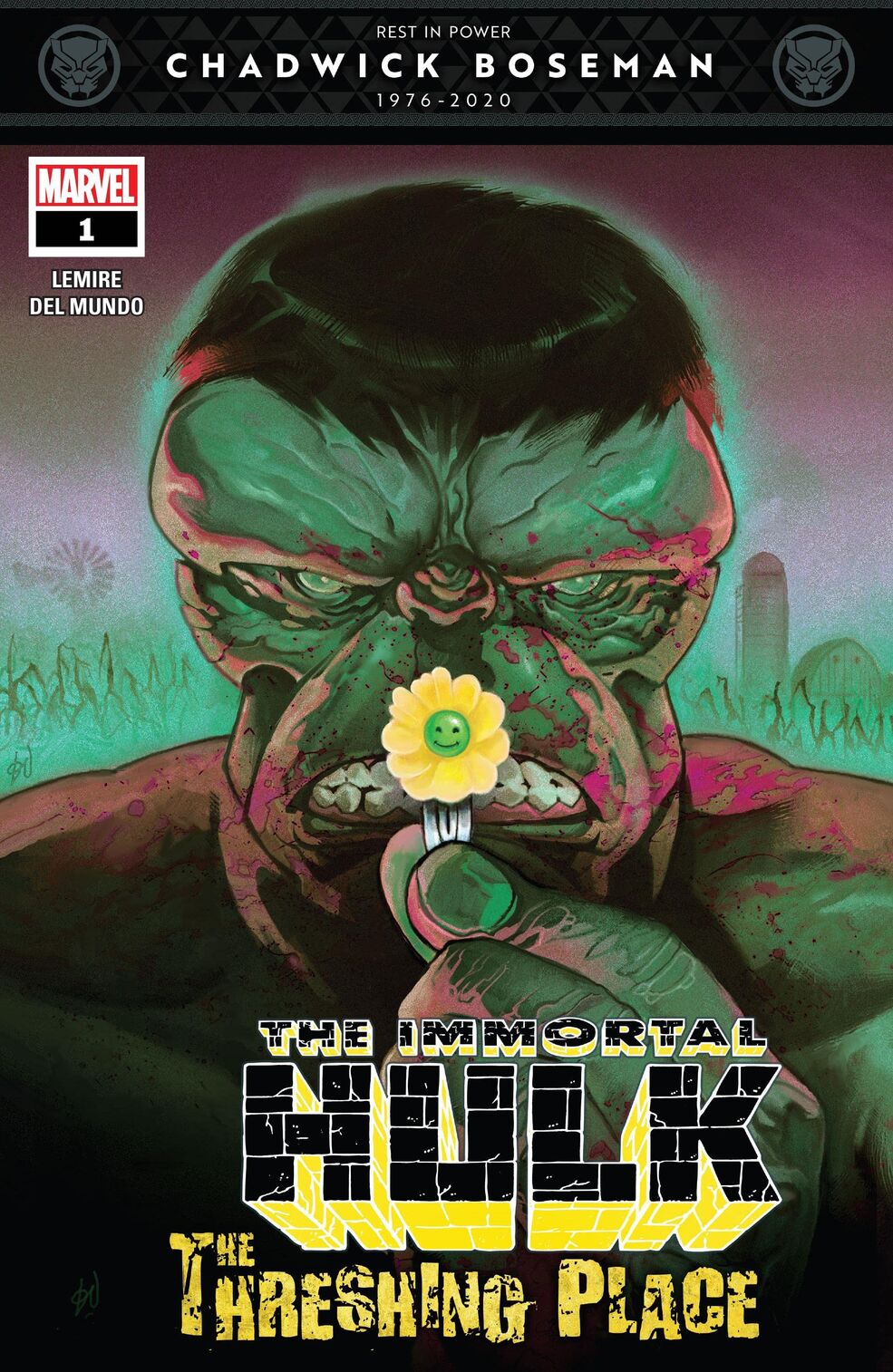 A star-studded team for a very peculiar one-shot. I have mixed feelings about this book, one thing I loved is the atmosphere and plot of the early Immortal Hulk issues, back when the book was truly as good as it pretends to be nowadays.

Both in Lemire's writing and Del Mundo's art I loved the Banner parts and hated the Hulk parts. Banner was rather well characterized, and Del Mundo's faces and human figures in general were some of the best art I've seen in comics as of late. Hulk on the other hand was completely out of character, he talked like Liam Neeson in Taken and the action felt "static".

His design was also weird, the grotesque face didn't work at all with the slimmer than usual figure of his body. 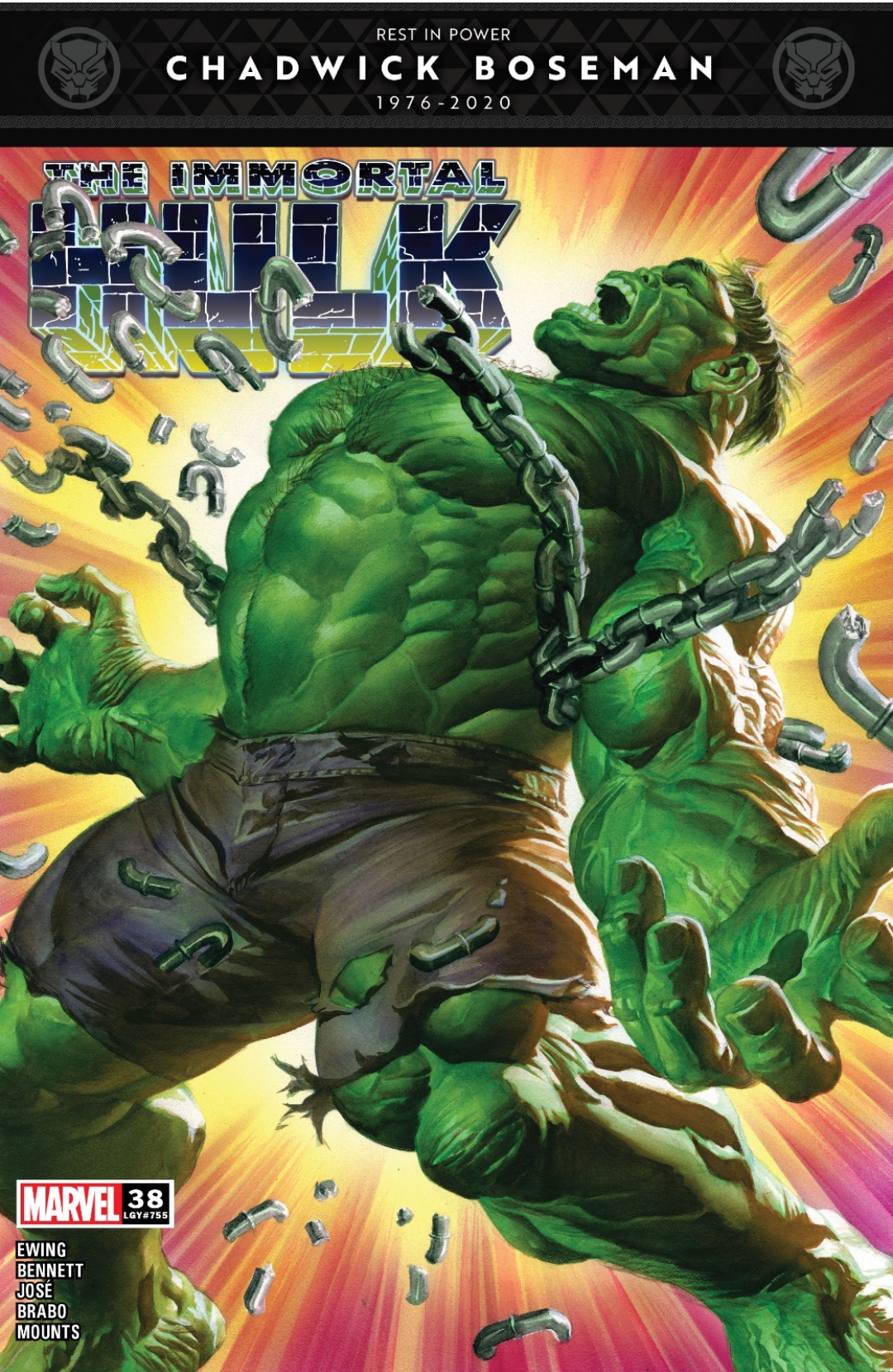 Surprisingly enough a good issue. The sequence of panels and scenes was a lot cleaner than the previous issues of this arc, you could easily understand what was going on without oversimplifying it, and it had some very well cohordinated moments between the various locations/stories.

Hopefully the book follows this path. 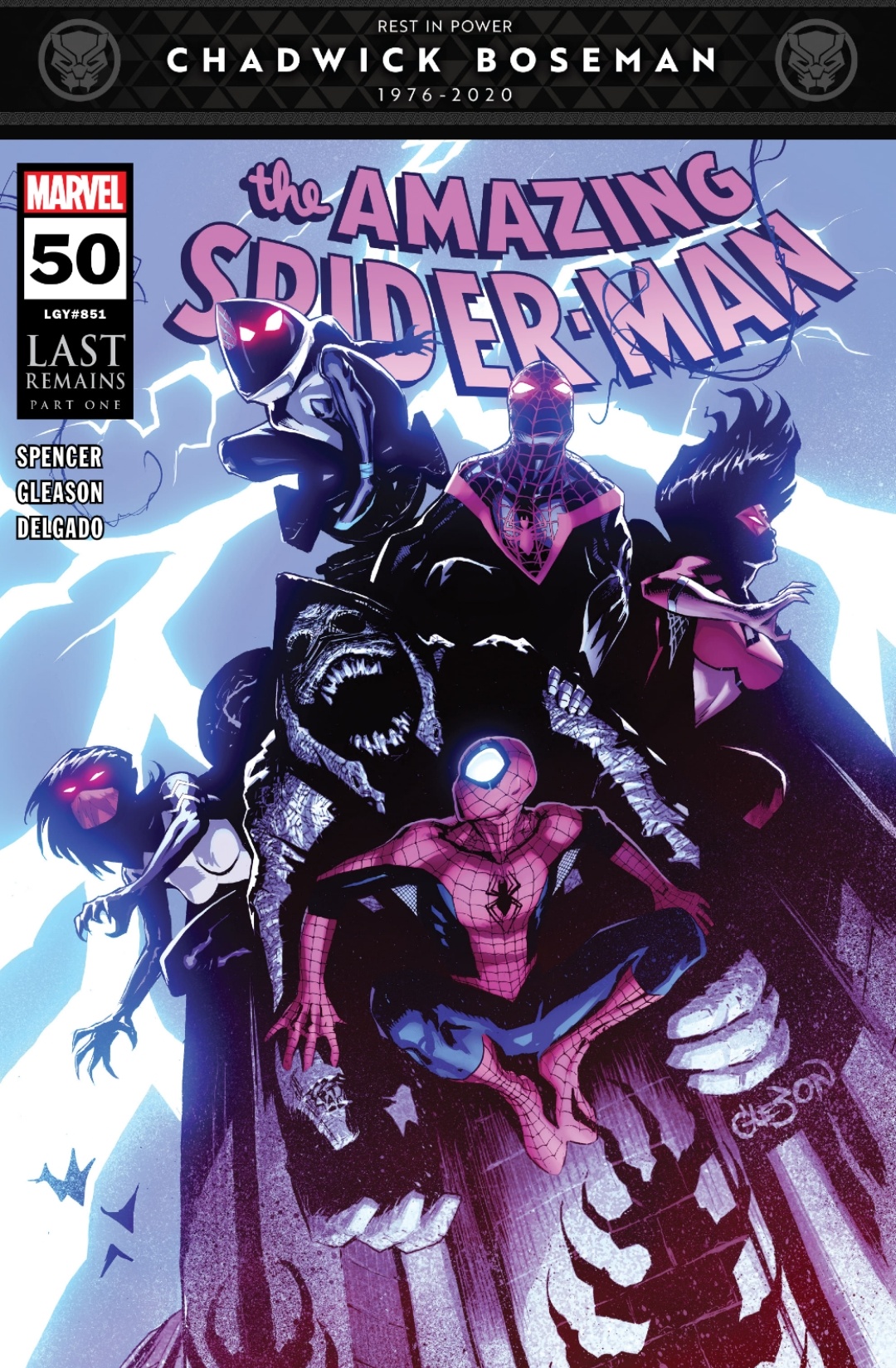 I've already voiced my not so positive opinion on this arc, and this issue did nothing but strengthen my concerns.

If that really was the purpose of the Sin Eater, and if now we'll have to see Peter deal with all the other Spider-People as minibosses before facing Kindred, than the whole Sins Rising arc will be remembered only as pure filler/executive meddling.

This could've been a wonderful, intimate story between Peter, Norman and Harry, the perfect climax for Spencer's run, and instead they had to stuff it with useless characters and pointless subplots and cameos.

Anyway, props to @Gabri1090 , you guessed who Kindred was more than 2 years ago.

Thank you! I got inot an argument here a few hours ago where I said Hulk was mischaracterized and the other guy said he wasnt.

Don't you think it might be a bluff? Harry is just way to obvious. Its easier than predicting Ross is Red Hulk.

At this point I really don't think so. It's been two years, it was the last page of #50, the first "milestone" the run hit, the time for bluffing is over, it would be completely anticlimatic.

Idk. Everyone saw hed be Harry for like a year now. It just went on to long if it really is just Harry, and I feel like thats more anticlimactic. Like when theres a mustery its usually not suspect #1.

I agree that it went on too long, the whole Kindred storyline should've been dealt with by #30 or something. It's one of the main problems of Spencer's run, he created to many subplots from day 1 thinking he could just be a puppet master and move them all forward at once.

The only result is that he's closed just one of them (Boomerang/Fisk) and unfortunately it was the most enjoyable and light one.

How are you liking Gleason's art?

Nothing outstanding so far, but not bad.

Any know if this hulk series is a good jumping on point. I’ve been avoiding hulk com is for year on really read the whole WWH and it’s follow up and some ultimate universe stuff. I don’t get what’s really that appealing about the Hulk portion of the Universe.

In my opinion Immortal Hulk is NOT a good book, or better yet: the first 10 issues are fantastic, everything after that is an absolute mess and leeches off the good press and reviews that one arc received.

That said, the book is pretty much standalone, barely any ties to other runs and other contemporary titles, so yes, it's a good jumping point, but for Immortal Hulk only.