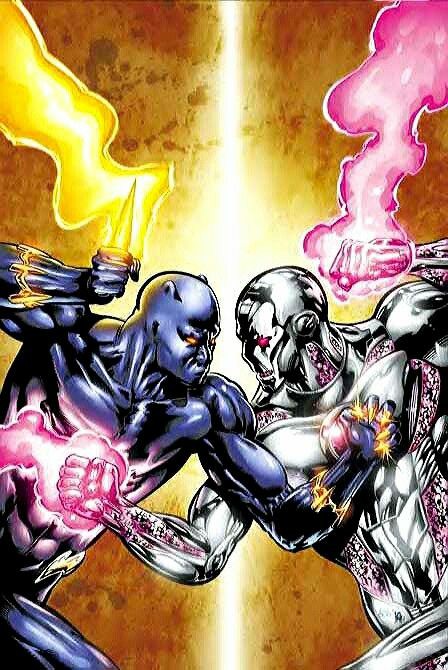 Surprisingly a post has never been made specifically on this topic. We've discussed battles between the two, we've discussed who has better suits, and this particular topic has even been discussed off tangently (if that's a word) in other threads. BUT never has it really been focused on. BELIEVE ME I'VE CHECKED lol. I don't even have this particular topic saved and you all know how I love to save post... especially those about Panther lol.

So who really is smarter between Tony Stark & Tchalla in your opinion?

3) Please present PROOF to back your claims.

*This is not a VS. We're discussing Intelligence. Overall this is all opinionated. Marvel has given their official list and consider Tony Stark to be superior. I just wanted to see what some of you may feel and why, aswell as what PROOF you all have to support your view.*

I doubt Tony has had more feats...but even if that was so More Feats do not equal superior knowledge.

Too Tchalla is the leading scientist of Wakanda, most the tech he uses is made by himself, and overall the nations best tech has been created by Tchalla. He's lead the nation through many victories using his intelligence, and defeated Doom using his own form of science- that not even Doom or Reed can copy.

Hmm... Tony would probably be the odds-on favorite, although... T'Challa is the better strategist, invented and mastered his own field of science, mastered more martial forms, managed to create more items, defeated more heavy hitters through planning. The problem is, T'Challa also has an advantage in the rarest of metals with the greatest of utility. End of the day T'Challa has the experience of hundreds of lifetimes, so I have to give it to him. Also, has Tony invented a teleportation device yet?

Yknow, a weird probelm occured to me. Leaving out street smarts as I think thats Panthers thing anyways, T'Challas built far more advanced things... but at the same time, hes had far more advanced technology to start off with so it would be easier for him to make an object that Tony cant make. Part of science and discovery is building off of thr knowledge gathered by others but Tony here is nit given the same amount and its not really a good indicator. A scientist who can make a robot today isnt necessarily smarter than a scientist who conducted experiments with oil a 100 years ago. One didnt have the means to do it nor would he be familiar with it until it is discovered and people know how to do it. So I dont think just looking at tech feats can give us any conclusive answer.

Overall thanx for tuning in fellas! I wanted to give some time before I responded.

I don't get you're comic story-telling point. Please elaborate 🙂.

Thanx for your thoughts!

I appreciate your balanced view. Not everything is completely true...but I get your overall point which is we shouldn't go strictly based off tech as an indicator of who is smarter between the two.

So the question is what are other factors we need to look into?

I think I have a few areas:

-How much schooling did they get?

-What type of schooling or teaching did they get?

-Did they learn it all on their own?

In what other ways, besides building specific tech, have they used their knowledge?

How do others view their intelligence?

What do you think of those @ABF🤔?

Tony definitely has the Reputation down and dusted. There is only two people who have said they are smarter than Tony, one is Doom, because he's Doom, and the other is Luna Girl, the most entitled little girl in the entire universe.

The part of education and specifically the part about how much is self taught could be used. On the fly building or application could also be used, im thinking kinda like what Tony does in Iron Man 3. In universe repuatation does nt really work as House pointed out, its biased towards making Tony look smarter than everyone. Then again, why is Batman considered smarter than Luthor? Is it just that he knows a lot and can apply his knowledge to detective work?

Who is smarter? None of them. Hank reigns supreme! 😂

Again thanx for sharing in conversation fellas! I really wanted you guys to present things from comics to back your claims, but it's fine, I won't either.

My closing statement, including some of what I've said in another thread:

Tchalla & Tony are really equals in my eyes, but if I was forced to put one above the other I always choose Panther. Why? Bias aside...

1) Feats Outside Of Tech?

This is tricky here because most of their intelligence is shown through what they can and have created. For Tony all, or large majority, of his feats are tied to what he's made his suits capable of doing. Tony's best designs are his suits. No one creates more suits or greater suits than Tony except for maybe Doom. However Tchalla has created equal level suits.

I believe Tchalla has more and superior feats outside of Tech (specifically), but if focusing on just one, I think the most important Feat for Panther in this area is that he created his own form of science: "Shadow Physics".

No other super genius in Marvel has created their very own field of science (to my knowledge). Tony hasn't even shown the capacity to do this. It honestly is not that surprising seeing as how Wakanda is at the top of Science in the world, and Tchalla is it's the leading scientist.

But being fair, every major genius has at least one field where they are superior to all others, so Tchalla isnt so special in this regard.

Tony's Education is not talked about much in comics, in fact most of the super genius schooling isnt discussed at all...

Tchalla is one of the few where it is mentioned.

-We know Tchalla has attended the best schools all of the world. Has numerous PhDs.

-He's further been taught by the most advanced nation in the world, so his knowledge of tech & science in general would have to be greater.

-He has gone to depths that Tony scoffs at...magic & mysticism. Such has always given Tchalla an edge over Tony and other scientists who shun away from magical knowledge.

If we allow Tech to be included in the conversation then Tchalla's tech in comics, films, and TV shows has always been shown to be better than Tony's. Example (outside of comics): 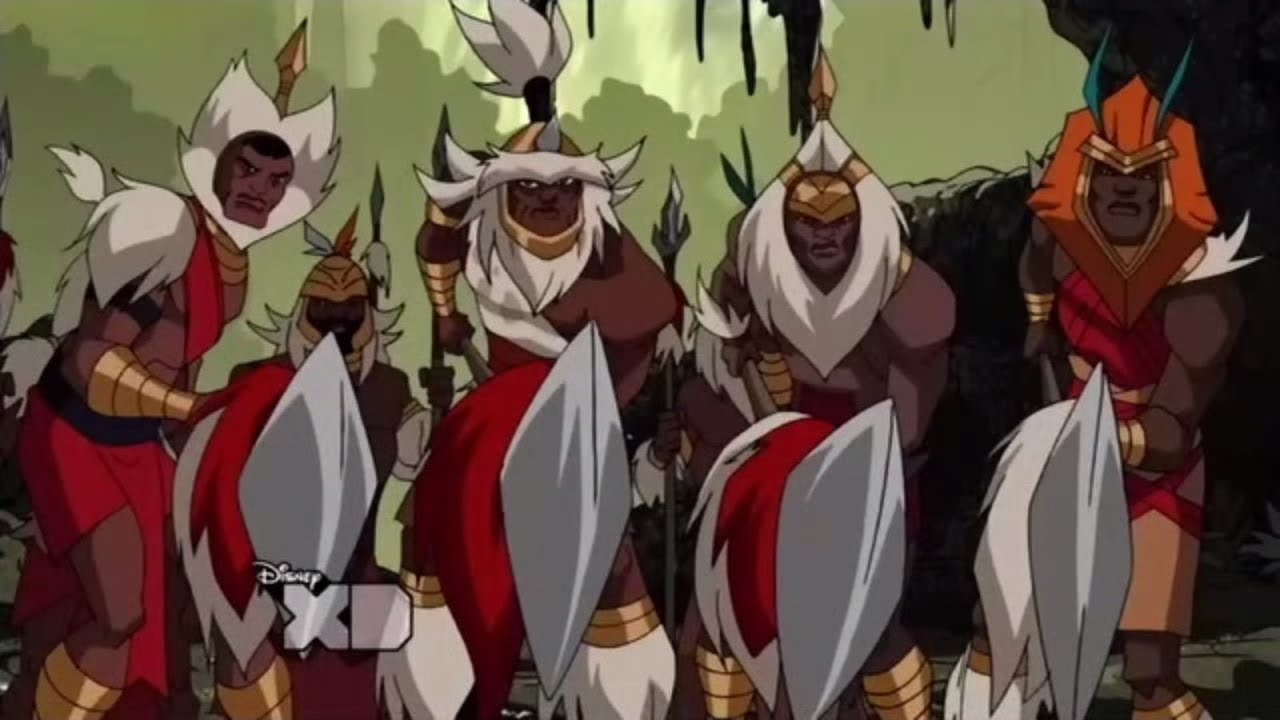 Although Marvel, only in the comics, has regarded Tony as smarter...Tchalla has routinely been shown otherwise by Marvel on all platforms. Such goes into reputation. Everyone knows Wakanda is superior to the rest of the world, and largely that is due to Tchalla.

Tony has outsmarted Reed before aswell, and even matched Doom before too.. however Doom has considered Tchalla an equal (Doom War).

-He leads the nation that is the most scientifically advanced on the planet (which again has been shown that he is the leading scientist of the country, and the smartest in the country).

Overall, being fair, the two are by far equals.