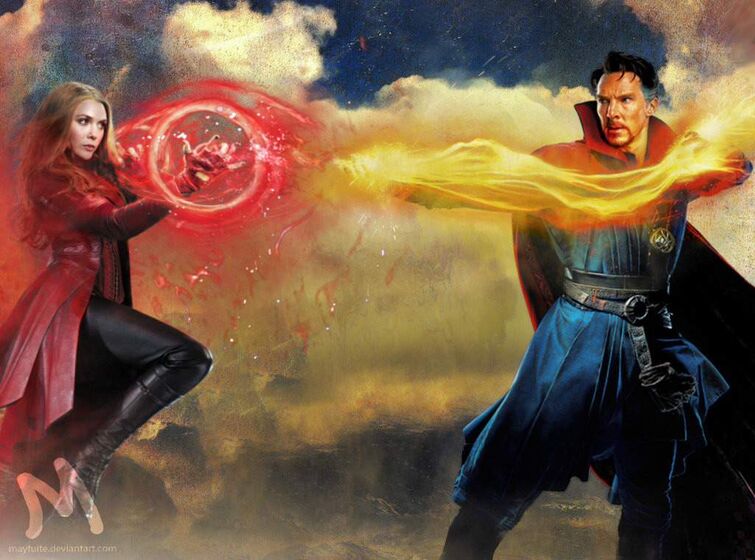 I think it was a mistake. Only fans of the Fox X-Universe would recognize this... Those who have no love of that franchise, or a detestation for it, are not going to be happy with them deciding to throw away the decisions they previously made, to try and shoehorn Wanda and Peter/Pietro (whatever) back into mutants. You made them mutates stop with the f#cking ret-cons already!

Nah it’s a great idea to retcon them into mutants and open the way for mutants and the X-men at large. The earth-616 retcon of them NOT being mutants is stupid and needs to be undone, so ignoring that in the greater service of the MCU, if that’s what they end up doing, is a great idea. It doesn’t matter if fox sucked, because mutants belong to Marvel Studios again, which Fox having those rights is why the Strucker origin of W/P’s powers had to be used anyway. Now that almost everyone is back home with marvel, it’s a GREAT idea to use some minor Ret-cons to get rid of weaker plot points like that. Not only that, if they wanted to, it wouldn’t even have to BE A retcon if they said something like, “Strucker’s experimentation with the cube activated their latent mutant genes”, which as we all know, multitudes of mutants in 616 have had their mutations activated by exposure to stress/energy/experimentation/radiation/etc. That would not even be a retcon, in the actual sense of the word. Again, this is all relative to what Marve Studios and the writers actually do, but it would definitely be a great avenue.

This backwards and forwards b.s. is inept. No one wants us to go back to Fox's X-Men, which had 2 good movies over decades. (3 okay ones) Recast the whole damned universe for f#ck's sake.

I'm sure it's just a recast. Not the Peter as he was called Pietro.

Darcy Lewis is probably the only genius who isn't dead or off the radar.

If J. Jonah Jameson was from the Raimi movies, he won't shut up about it so no, he's from the MCU.

Also... If he was Pietro, where was his accent? I see Wanda had warped her own away until she talked to S.W.O.R.D., did she warp away Pietro's, too?

She lost her accent too, it's really not a big deal.

@IceMoh read my comment again. When she walked out of the hex her accent re-emerged.

I thought episode 6-8 were underwhelming as ****! What do you think?