Welcome, one and all, to another exciting episode of...

’They Said, We Said’

The show where I give YOU, my Marvel family at home, a controversial statement that someone made about a character and you decide whether you agree or not. I gather these statements from Marvel threads scattered all across the internet. It is up to you to decide if what THEY said...is what WE said 😌 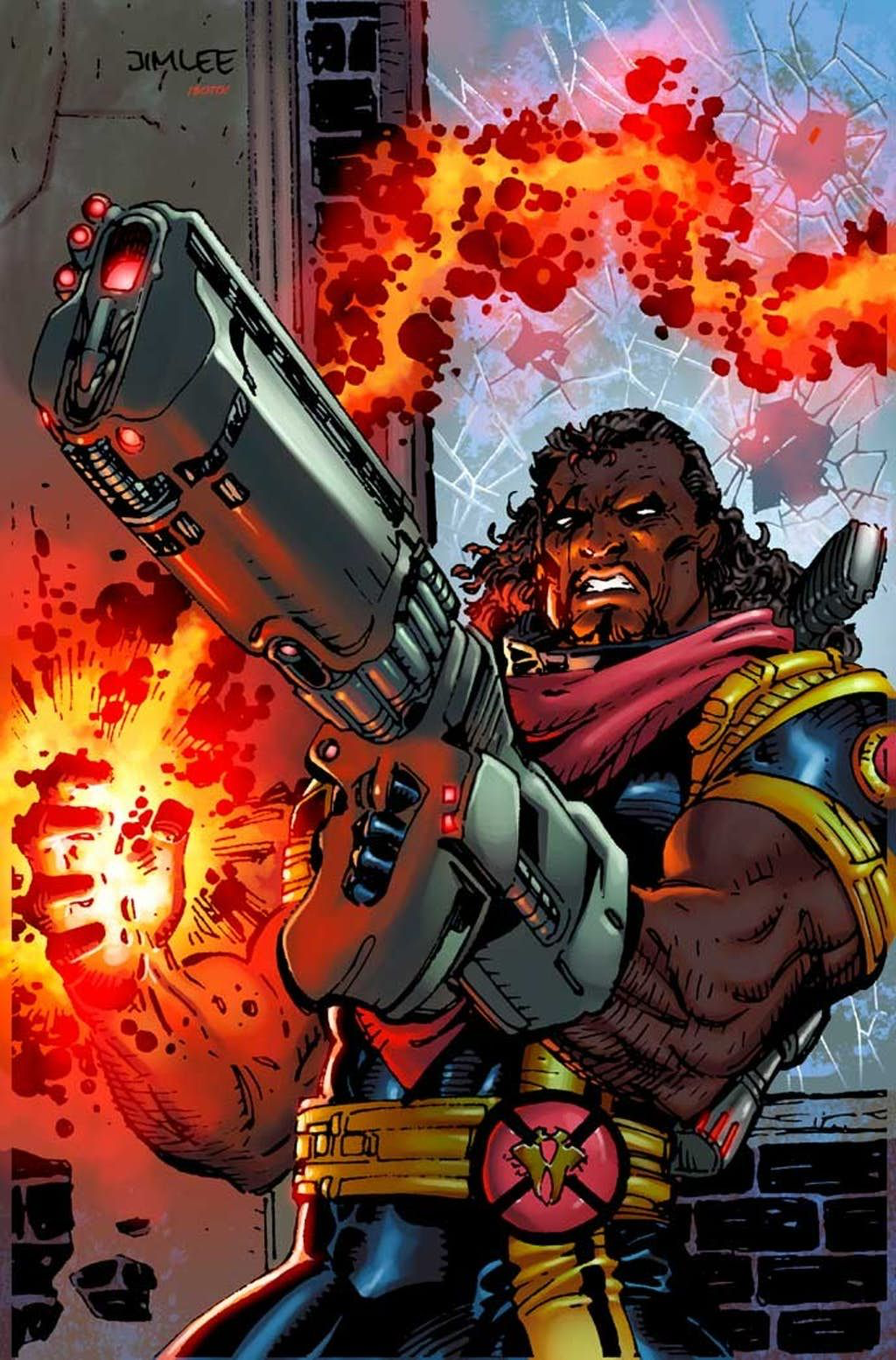 (copied and pasted from the source)

“yeah well bishop is really not a good guy honestly he is more killer who does hero things but isnt really good on the inside..they are all lucky he lost his memories and did better but still”

Well, there you have it, folks! I guess the only thing left now is the question on everyones’ minds:

(edited by His Grey Eminence)
2

I don't know enough about Bishop's backstory to make a statement but I think he proved himself to be on the good guys' side almost all the time.

Didn't he commit genocide in multiple timelines and hunt hope Summers since she was a child?

He was once a good guy but brutally shifted into at least neutral which I think is what confuses some people.

Bishop had a time where he was good. He was very similar to cable, being motivated by wanting to prevent a terrible future.

I dont think he did too many ruthless evil things untill messiah complex. I mean that side if him really came out of nowhere. Even cable was shocked when he realized bishop was the one sabotaging the x-men.

In his timeline though, hope summers brough alone a war that killed tons of people, which was the reason the government placed concentration camps for mutants. Him and his sister were raised in one and they lost their parents in the war. All that time bishop had been good, he secretly had a motivation that when he found hope summers as a child, he'd kill her to prevent all those horrible things from happening.

Bishop pretty much went insane doing this. When cable took hope, the future changed. Bishops logic was that "once i kill hope, the timeline will reset, and none of this will be real. So, everything is fake and i'll save everyone.".

He did some messed up things, like killing professor X. He killed cannonball. He nuked the world and poisoned the water supply so badly that in thousands and thousands of years, live hadnt bounced back. Then bishop brought back Stryfe, thinking again that stryfe would help take out cable, then bishop would take out stryfe. Then of course that didnt go as planned and Apocalypse was raised in the process. He did eventually realize he was insane, admitted that hope was the messiah and that he was wrong for hunting them. His insanity subsided and he reclused himself, realizing that what he had done was worse than the evil he was trying to prevent. Idk where hes at now but he was reclusing himself as the traitor of the xmen.

I mean, wolverine has killed multiple children believing it was the right solution to an issue. Hell wolverine tried to kill hope for the same reason! He has killed ateast 2 or 3 children because they were "too dangerous". He actually once brought the xforce all the way to the moon to kill apocalypse as a child for the same exact reason. Angel, Psylocke, deadpool, and fantomex all set out to kill that child too! Most of them choked when they got there but they had full intentions to murder a child for the fake of the future! Fantomex shot that child in the head. Punisher has killed thousands because he has unaddressed grief about his dead family. Cables whole schtick is changing the timeline no matter the cost for the greater good. Tony stark has literally done a number of horrible things woth the justification that he was trying to save the future.

Are all those people just evil? I mean they did horrible things that werent excusable, but they believed that they were doing it because it needed to be done. How many horrible things has wolverine done believing that he was doing what had to be done? It wasnt like these people do horrible things because they have evil in their hearts and they want to spread evil into the world.

I think the world of being a hero can be razor thin. Theres doing what you feel needs to be done, and then theres knowing where the line is. Can we honestly say that all our favourite heroes really know that line? Does tony stark know that line? Does wolverine know that line? I mean if we condemn bishop as evil, then whats stopping us from condemning Tony stark, dr. Strange, professor x, reed richards, namor, blackbolt, and even captain america for their involvement in the illuminati, where they legit did horrible things with the exact same justification! They literally did horrible things in the mind frame that they were saving the timeline from a worse evil. Are all of them just evil people? Or misguided people who lost track of the razor thin line of being a hero?

Yes, bishop effectively brought ruin to an entire timeline. Yes, he committed a nuclear holocaust, poisoned the water supply, killed charles xavier, killed cannonball, killed millions. When he came face to face with hope and had the opportunity to kill her, he found himself struggling to do it. The fact that hope is still alive is partially due to the fact that bishop choked and didnt really have what it takes to kill the child.

He has come around since i believe and is trying to redeem himself.

Bishop did horrible things in the name of a cause he believed justified it. As has tony stark, as has namor, as has punisher, as had wolverine, as has doctor strange, as has reed richards, as has blackbolt, as has dozens of characters. "There is few things more dangerous than a person with unrelenting motivation".

So i dont believe he has evil in his heart. I believe he was driven insane, and that he believed the ends justified the means. He willingly excused the means believing that it was all justified. He believed it would all be undone.

So i say no! No bishop isnt an evil person who occassionally did good things. Hecs simply a person driven by a cause that took him to a horrible place.