You all know what this is, if you care to know my thoughts please tune in. This may be a long review, I have much to say. My apologies for the length and any typos.

1) Let me first start off by saying that I love Zack Snyder. I first was introduced to him at age 12 with "300".. To this day it's still in my top 3 favorite films of all time. Mainly because of the "epicness" and action lol. I feel he does great with Action scenes, and he doesn't mind using special effects/CGI even for the most basic shots lol.

When the world was crying at the news of hearing Synder leading the DCEU, directing Man Of Steel, and BVS, I was one of the few that supported and loved the idea. But now, in true fickle fandom fashion....we've all changed lol (I say "all" for a reason, I'll get to it later).

2) The world will tell you this version of the film is 10× or 100× better than the 2017 release. There are some saying it's the best CBM they've ever seen. There are many pretending this will save the DCEU...

funnily enough, with all the hoopla and praise, I'm sure it might actually get it lol.

Anyways! Your brother Max is here to tell you..... all that bull is nothing but hype.

Is this version better than the 2017?

BECAUSE IT HAS FOUR HOURS TO FLESH OUT CHARACTERS AND TELL A MORE "COMPREHENSIVE" STORY.

Cut this movie in half (2 hours), and you will have EXACTLY what Joss Whedon released in 2017 and all same the issues with it. This is a film that needs to be 4 hours because some of the characters at play have never been introduced or shown in prior films, so this is the only film where they can get more of their story told. This movie spends SOO MUCH TIME trying to develop individual characters and adding new things that have nothing to do with the overall plot. 1st half is largely just telling the audience who the characters are and showing what they can do, yet still only 2 of the 6 main characters backstories stand out. This film takes all the time it wants and does extra because it actually can afford to do so. There is no deadline, there is no movie theaters that it's premiering in. It's an at home, free, Netflix-esque platform movie.

Of course this movie is gonna be "better" in a sense when one gets to learn from the mistakes of the previous version, and has almost all the time in the world to tell a semi-more comprehensive story...and Snyder doesn't have to charge people much to sit through it.

That's neither bad nor great, but certainly rewatchable. Snyder Cut is a 7.5/10 version of the same film, except I didn't have to pay for it, and it's not rewatchable due it's length.

This my opinion. I usually dont mind long movies, but this one I will not do ever again. I feel this long ass movie showed exactly why certain characters needed their own film BEFORE we jumped to Justice League.

Proof to what I'm saying is the fact that the movie does not dive into the stories of Batman, Wonder Woman, Or Superman.....why (besides them being popular characters everyone knows)? WE ALREADY SAW THEM. Supes & Wondy already had their individual films, even Batman has already been developed prior. We know who they are and what they are about, there's is no need to spend 20 minutes plus delving into their characters backstory or internal struggles. The same could've been done with Cyborg, Aquaman, and Flash. These characters needed to not only be introduced, but also developed, and have a reason for being here apart of the team as well as in this film all at the same time. Flash's story in particular didn't even have anything to do with the overall plot, which means it could've been left out, and Aquaman didn't nearly get as much backstory as Cyborg or Flash when he's just as new to the audience as they are.

Individual films for certain characters wouldve even given more time to tease others, and set them up for their own films or even be able to be active members in a Justice League film...

This movie to me still feels like its trying to do too much at once. I said this about 2017. I still feel like DCEU should've waited to do the JL....but because they wanted to compete with MCU, and play "catch up" in a sense, large leaps were made when they were not ready. DCEU was rushing and this Synder Cut does not change my mind. It was not focused because it has too much to juggle.

Yes I know what I'm saying sounds too similar to the MCU method of doing things, but whatever....say what you will but the method WORKED. It didn't start off with Spider-Man or Iron Man vs Hulk: Dawn of The Avengers, breifly show Thor, then the next movie go straight into Avengers lol. That's exactly what the DCEU did: Man of Steel, BVS, Wonder Woman, Justice League.

In my opinion the spikey metal suit was just too much going on for no reason at all. Synder just wanted more shiny stuff apparently. I liked the 2017 look way more. Just me.

-Martian Manhunter was thrown into here WHY? He did absolutely nothing. His intro could've been saved for a cameo in a 2hr film of a different hero like....GREEN LANTERN or whomever else.

He didn't need to be here.

-Batman still felt useless here lol. He was confined to his tech where he could only shoot fodder in some type of big machine. It's like he was playing Galaga this whole movie. To me it shows that realistically Batman is out of his league fighting along the JL lol. We all know that, but comics makes it believable. I didn't see much of Bats that really impressed me. But that's me. 50% of the time he was getting flung around 😄.

-Did Snyder really think that Atlanteans have to create an air bubble everytime they have to speak? 😂...I couldn't sit through a whole Aquaman movie of that were the case. I'm glad James Wan said "F#ck Realism. This is comics, I'm gonna have them speak underwater." Just works better.

-Flash can rewind time ALREADY?! C'mon.. smh. Too much too soon.

-The JL literally walked up a flight of stairs in a building full of hostages when Cyborg could fly, Flash is faster than lightning, Diana can jump really high and far, and Batman has his Batclaw...but they literally WALKED.

-Threw in Luthor, Slade, and Bats post apocalyptic dream when all that could've been saved for another film, and once again didn't even fit the overall plot.

All these different working parts makes the film feel like it shouldve been a series with 20-30 min episodes rather than a film.

I have more to say but I'll stop there. Am I being nitpicky? Sure....but everyone else has been super nitpicky about everything else from 2017 JL to Panther's Bad 3rd act CGI lol.... so you better believe I'm going to pick this movie apart 👍🏾.

Did we forget that many laughed at those who petitioned and rallied for the Snyder Cut? Didn't most at one point believe it was never gonna happen?

Didn't many at one point hate the thought of Synder directing the Justice League, Superman, and more? Hey...didn't many hate or dislike Man of Steel, and even went so far as to blame Snyder?

SO WHY THE HELL IS EVERYONE PRETENDING LIKE THIS IS THE GREATEST CBM?

One minute people hate Snyder, now they are acting like he's the Messiah here to save the DCEU lol. One minute we're making fun of #ReleaseTheSnyderCut, now people are up in arms with #RestoreDCEU....or whatever the f#=k lol smh.

Some of the things people condemned the 2017JL for not doing, this version STILL DID NOT DO....yet people are considering it to be so much better. Some of things I didn't like about the original, this version still did....yet people again are making it seem like Snyder Cut is Gold and 2017 JL is dog crap. Smh....please stop it lol.

If it seems like I'm being hard on this movie, I am. Why? Because everyone is pretending like this is such a phenomenal film, and damn near flawless and the 2017 version is crap when really the 2017 release is just the shorter version of the same exact movie 😂. Did I enjoy it? Were there things I liked? Definitely. But as said I ENJOYED 2017 lol smh.

But hey......what do I know🤷🏾‍♂️? I'm just a Marvel fan. I'm a simple high school graduate, who likes nothing but action and Tranformer Michael Bay films 😂😄.....don't listen to me I guess.

This was longer than what it needed to be....it seems the Snyder Cut rubbed off me. I apologize 🤷🏾‍♂️. I appreciate you fellas for taking the time to read.

Its really all in the name.

Ok I'm gonna get X rated for a sec lol.

This is where I learned it from lol 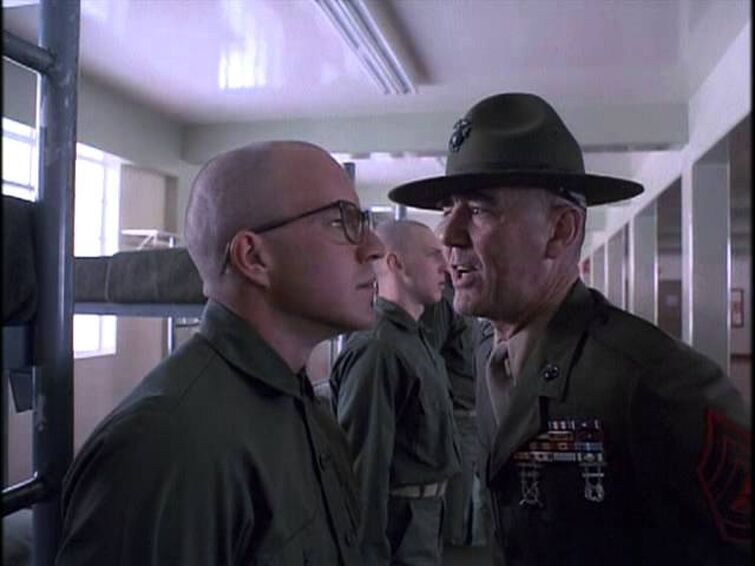 The term reach around is derived from the Gaelic “ryac arynd,” and refers to a specific form of sexual relationship.

Damn,too late with my bs.

A reach around in prison also refers to reaching around the jail cell wall to perform... Well... You know.

Who needs incognito Google when you have this wiki😂

Look at this! Thank god someone else sees it! 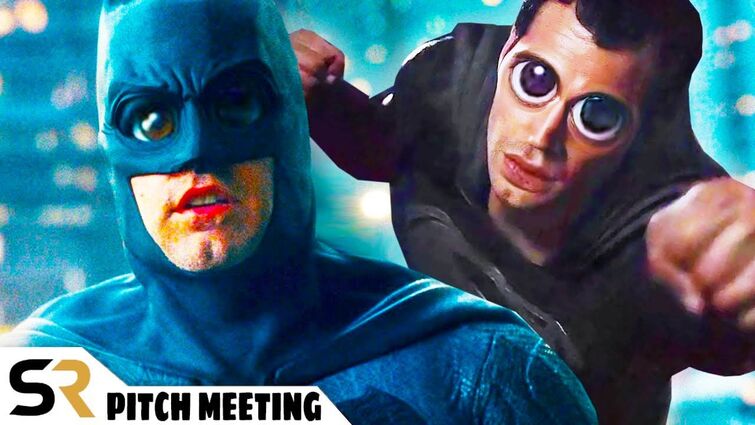 I didn’t think there would be much for me to miss from the Whedon League, but I actually really wish they would’ve kept the tension about reviving Clark.

Half the team, including Diana, was like “nope, bad idea, you don’t know what the ramifications are”, and the other half was like “it’s the only way, we gotta do it”.

I thought that was a nice ethical dilemma, but they basically eliminated it entirely. I think Arthur made some comments here and there, but it was mostly after the fact 🤔

This movie is not that great as people claim it to be its all hype.