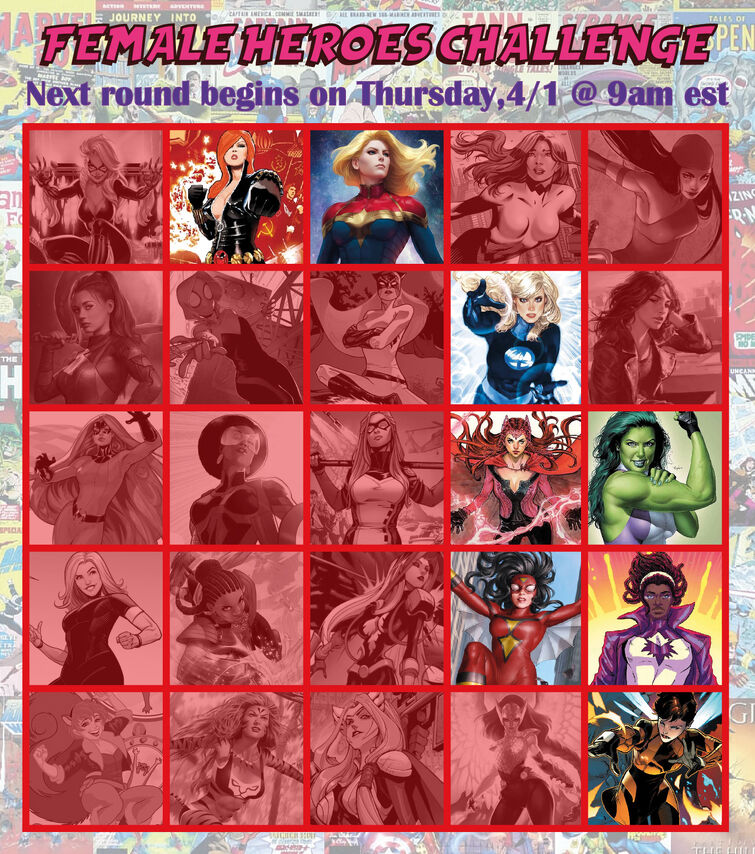 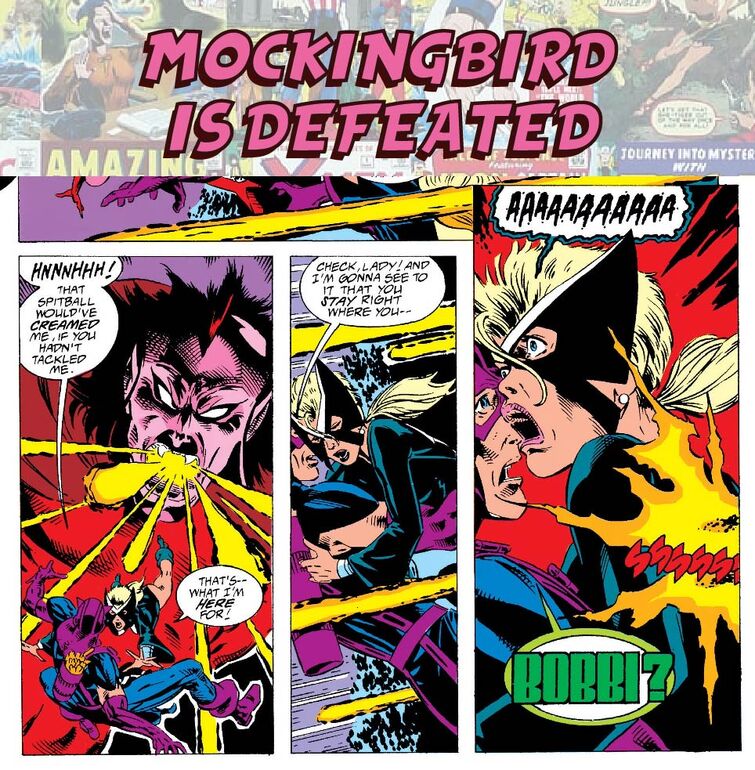 MOCKINGBIRD IS DEFEATED.❌ FEMALE HEROINE CHALLENGE 👩🏻👯🏻‍♀️⚠️ PLEASE WRITE CHARACTER NAMES YOU WANT ELIMINATED FROM THE COMPETITION POSTED BY THIS ACCOUNT. ALL OTHER COMMENTS AND LIKES WILL BE COUNTED AS VOTES.⚠️

Bobbi Morse is an spy agent, an ex-wife of Hawkeye. After making through the royal inhumans, numerous assassins and the mighty valkyries, Bobbi has seen how far she’ll go and still could't prevent herself from getting hit by the fireball unleashed by Mephiesto. It was such a tragic as Hawkeye feel devastated over the loss of Mockingbird as she fall on the 9th spots.⚠️ As with our previous challenges, be sure to like write LEAST favorite character. At the end of each round, the character with the MOST name will be eliminated.

Come back Thursday 04/1 @ 9 AM EST to find out who is eliminated and who will advance to the next round and who will be sent home.

THIS ROUND IS OVER, PLEASE CHECK THE LATEST POST TO VOTE. THANKS :)

If Bobbi couldn't bring it home, then maybe Nat and Jess can. Goodbye, Spectrum.

Wasp has the ultimate covert power, but doesn't operate as one... Additionally, whenever you think of a superheroine Wasp is probably about the last one to come in.

Wanda the Scarlet witch or my oc the Crimson Witch