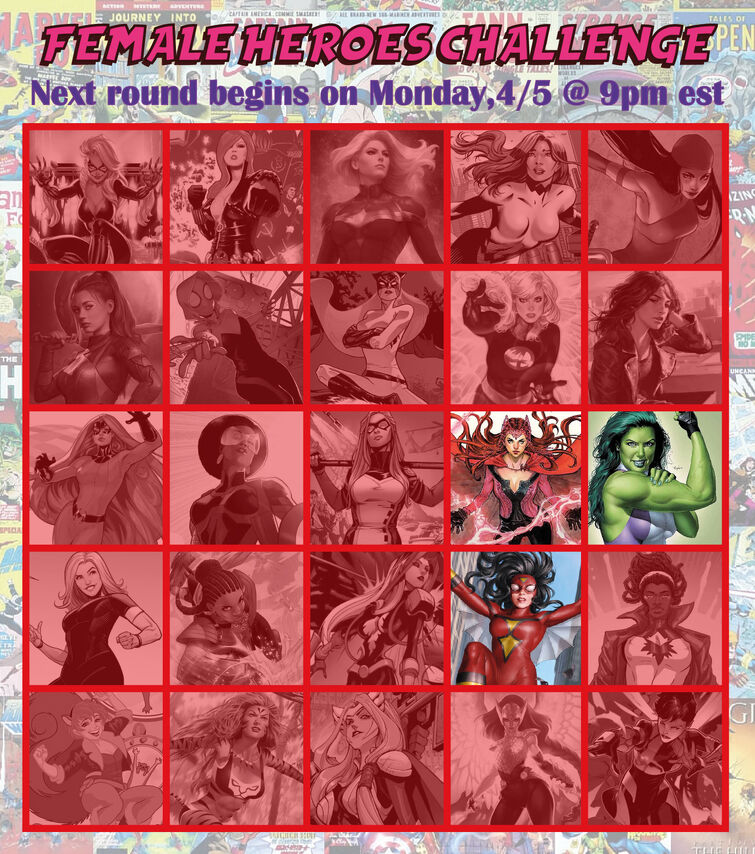 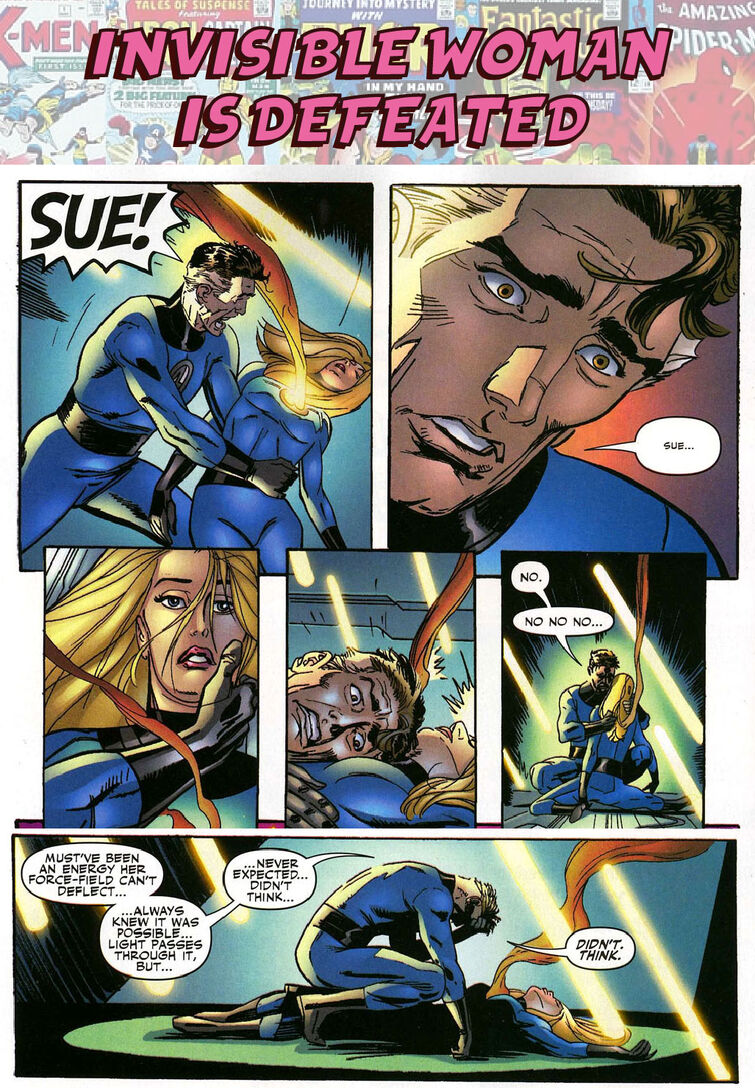 INVISIBLE WOMAN IS DEFEATED.❌ FEMALE HEROINE CHALLENGE 👩🏻👯🏻‍♀️⚠️ PLEASE WRITE CHARACTER NAMES YOU WANT ELIMINATED FROM THE COMPETITION POSTED BY THIS ACCOUNT. ALL OTHER COMMENTS AND LIKES WILL BE COUNTED AS VOTES.⚠️

Being the only female member of the Fantastic Four and the mother of Franklin and Valerie, Sue Storm once prove herself that she can handle small and big challenge in any inevitable matters. She is also blessed to have her husband, Reed Richard by her side as the team leader of the F4. But it look like her invisibilty won't able to avoid herself from getting shoot out by the voters. But even as the glimmer of grand champion was shock within her silence grasp, it would seem that faced with eliminating against these three champanions are way too distracted for her. This cause Sue Storm finishes at fourth place.⚠️ As with our previous challenges, be sure to like write LEAST favorite character. At the end of each round, the character with the MOST name will be eliminated.

Why can't a girl be powerful?

You don't seem to have problems with characters like Thor, Galactus, Dr. Doom, and Thanos being op. Why only female characters?

It's that you're still insisting on that opinion even though there's proof against it.

BOTH OF YOU BETTER SHUT THE FUCK UP. THERE'S ENOUGH BICKERING OVER HERE WITHOUT THE NEED FOR MORE OF IT. @IceMoh YOU SHOULD LEARN TO RESPECT OTHER'S OPINIONS AND NOT TRY TO CHANGE THEM. WHAT YOU ARE SAYING TO TMAN BY CALLING HIM SEXIST IS BASICALLY.. BLACKMAIL. @Tman2098 YOU SHOULD TRY TO UNDERSTAND THAT EVEN THOUGH THERE ARE A LOT OF FEMALE OP CHARACTERS DON'T FORGET THAT MALES ARE THERE TOO. I UNDERSTAND YOUR VIEW BUT MALES AREN'T LACKING IN THE OP FACTOR.

I am very much here for peeps jumping in to defend female characters. Nice to see that most comics fans aren't sexist. @PoolDeadpool2 No idea what you're so upset about you need to calm down and turn off all caps

Jeez why? I thought it was allowed to curse

I AM... UNEXPECTABLE lol