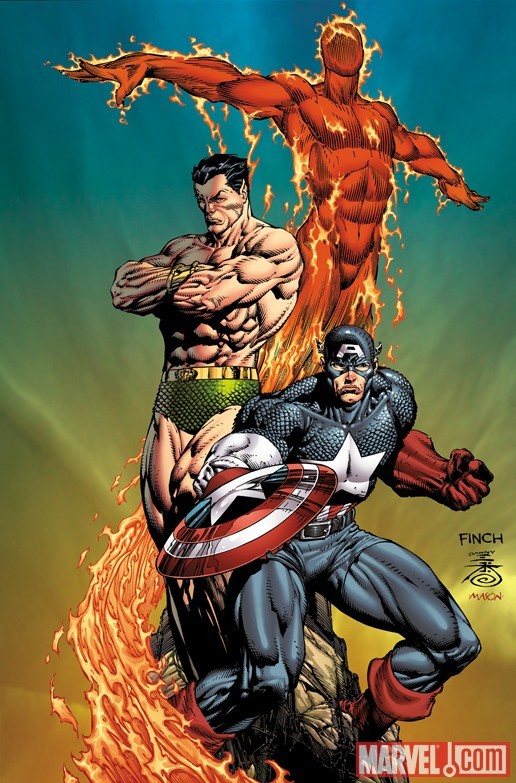 I feel Hammond isn’t a big hero anymore because of Johnny. He “stole” the powers and the alias.

Brace yourselves, but Jim is better than Johnny 😌 I’ve always liked OG torch more, but I’m the minority in that regard 😎

^I feel like fans in the 60s would “Torch” you for such a controversial opinion.

Ill see myself out...

(edited by His Grey Eminence)
1

Ill agree, hammond was way cooler. Johney is one of those a dime a dozen characters

I still say it would be more epic to have the Trinity be:

Well, they're pretty old and weren't working together much after WW2.

And as Slyme pointed out, Thor, Iron Man and Cap are the Marvel Trinity not only because of MCU. Thor and Tony were some of the founding Avengers. Cap joined shortly after the formation of the team and has been one of the most iconic members ever since.

I don't think they are forgotten. They just underwent the treatment they reserve for characters of the Golden Age, sadly.

However, this Trinity is way better than any modern Trinity. Jim Hammond is an amazing character, the Sub-Mariner too and Cap is so iconic.

Agree, and also like that for this age the trinity had a meaning aside from being the most popular heroes of the time, Torh and Sub-Mariner had a tematic of water and fire and captain america was in the middle was a Super Soldier, and I read the comics in the ones Namor and Torh figth and are really good for the time.