It does not matter if in the comics or the MCU, I just want to see what characters some people enjoy. Recommendations too if you want.

Fra, out of curiosity why Hank, I know the “infamous slap” scene was supposed to be accidentally and was an error on the artist fault, I’m really just curious

I read most of his stuff, he's one of the greatest heroes of marvel history, founder of the avengers, skilled scientist, genius, true hero and a nice guy. The slap was just a phase, some writers wanted to ruin his reputation for fun, it's not like the slap is everything he ever did since 1962 lmao

A character with almost 60 years of history has much more to tell than just one comic panel, he has more than a thousand appearances and we're still talking about a single comic panel in 1981?

I think everyone who has read a bit of marvel knows that he's a respected and honoured member of the superhero community.

Thanks fra, didn’t know any person that was a big fan of Hank and I hated the way other characters treated him at times because of it.

Ya Hank is a awesome character. Through his relationship with Ultron to his Mental problems and he super smart

As for X-23, I really love her as All-New Wolverine. I'm glad she's back to that alias. Although Logan fans might be confused. But it's not like the first time Marvel did something like that (just look at some Champions members).

Danny Rand. Specifically Danny Rand from Earth-616. I’m a sucker for Martial Arts, and after this whole COVID fiasco is said and done, I want to start training in something. Something Iron Fist inspired me to do. Anyways, I’m getting sidetracked. I love Iron Fist and he’s my favourite because he’s a combination of 70s Kung Fu action movies and real world modern problems like White Privilege, with added mystical elements.

Plus the Lore is an absolute delight to research. It’s so rich and expansive, and every time you think you know all there is to know, you find out about something like Feng-Tu, or that K’un-Lun was founded by ALIENS. The Iron Fist lore is probably the most expansive and in-depth lore of any superhero.

Danny also has one of the best and most compelling arcs in all of comics (in my opinion). He went from this pissed off, stoic 19 year old kid who said he had no plans on enjoying his life, and as time went on and he made friends, and as he got older and wiser, he started cracking jokes and started loving and living his life to the fullest. That evolution also happened outside of comics as well. Danny started off as a generic White Saviour trope, but as times and social standards changed, he became a commentary on White Privilege, and his stories started exploring those themes.

Plus the origin is just badass. A guy who trained in Martial Arts for a decade beat up a DRAGON with his bare hands and punched it in the heart to become the next in a lineage of beyond powerful Living Weapons who guard a mystical city in another dimension. Way cooler than any other origin (again, in my opinion). 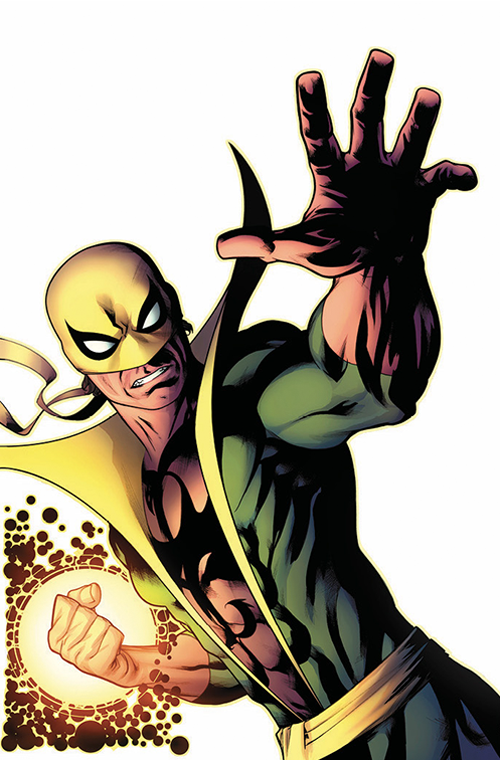