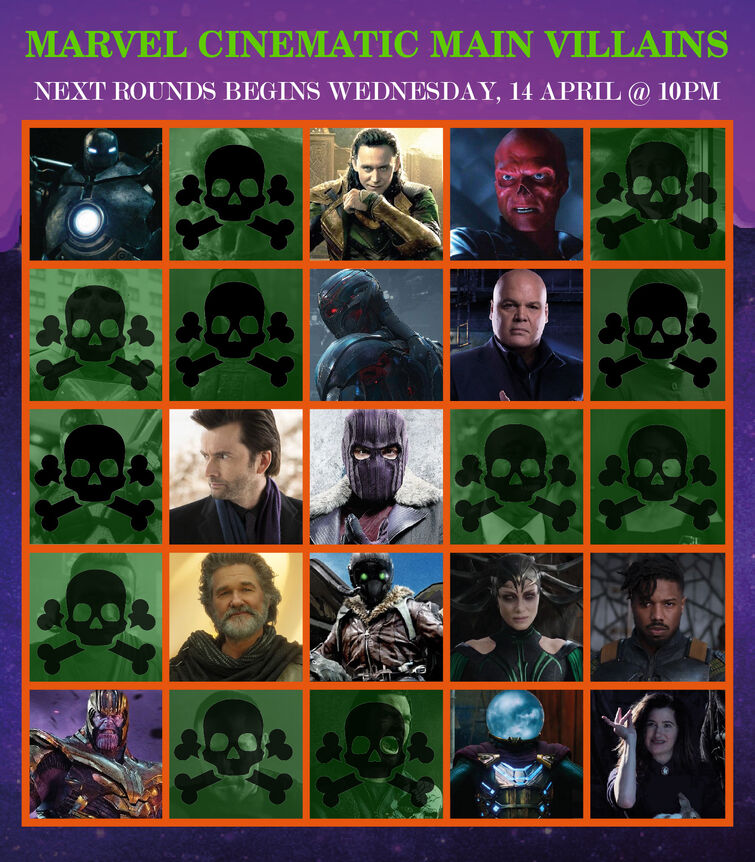 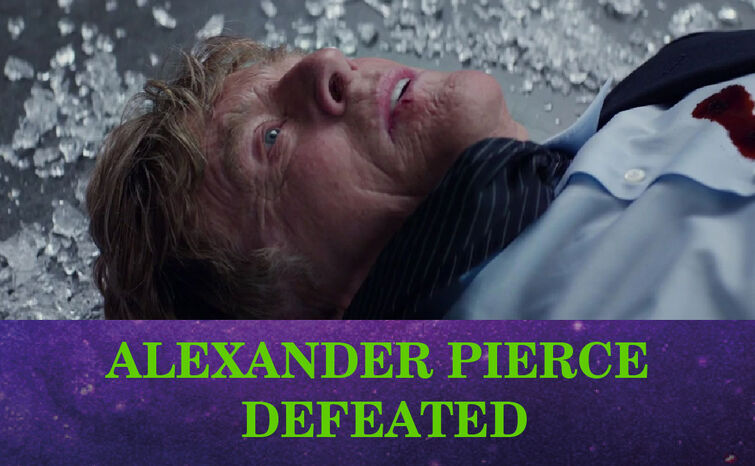 ALEXANDER PIERCE ELIMINATED❌ MCU MAIN VILLAINS ELIMINATION CHALLENGE 💀⚠️ PLEASE WRITE CHARACTER NAMES YOU WANT ELIMINATED FROM THE COMPETITION AND ONLY THOSE POSTED BY THIS ACCOUNT. ALL OTHER COMMENTS AND LIKES WILL BE COUNTED AS VOTES. ⚠️

Alexander Pierce has outsmart many heroes and the people by working undercover as a HYDRA's leaders under the guise of S.H.E.L.D. operatives. His action has shown how sneaky one man without betting an eyes. But competing against villains with powers and skill in technology, Alexander was unfortunately outsmart by the voters where he got shot out from the competition. As things fall for the Hydra, so do the leader. Hail Hydra. Which of these great cosmic, schemers and intelligent shall reign supreme as The Greatest MCU Villain Of All Time? Vote for your LEAST favorite in the comments below.

Come back Wednesday, 4/14 10 PM to find out who is eliminated and who will advance into the next round of the competition and who will be perished.

I think it's safe to say he's going anyway

"TONY STARK MADE THIS IN A CAVE! WITH A BOX OF SCRAPS!" I know he wasn't the greatest villain, but this line was really funny for some reason. "I'm sorry sir, but I'm not Tony Stark." Btw, Iron Monger has my vote.

Also, killgrave is a great character, and yes there is a new post.