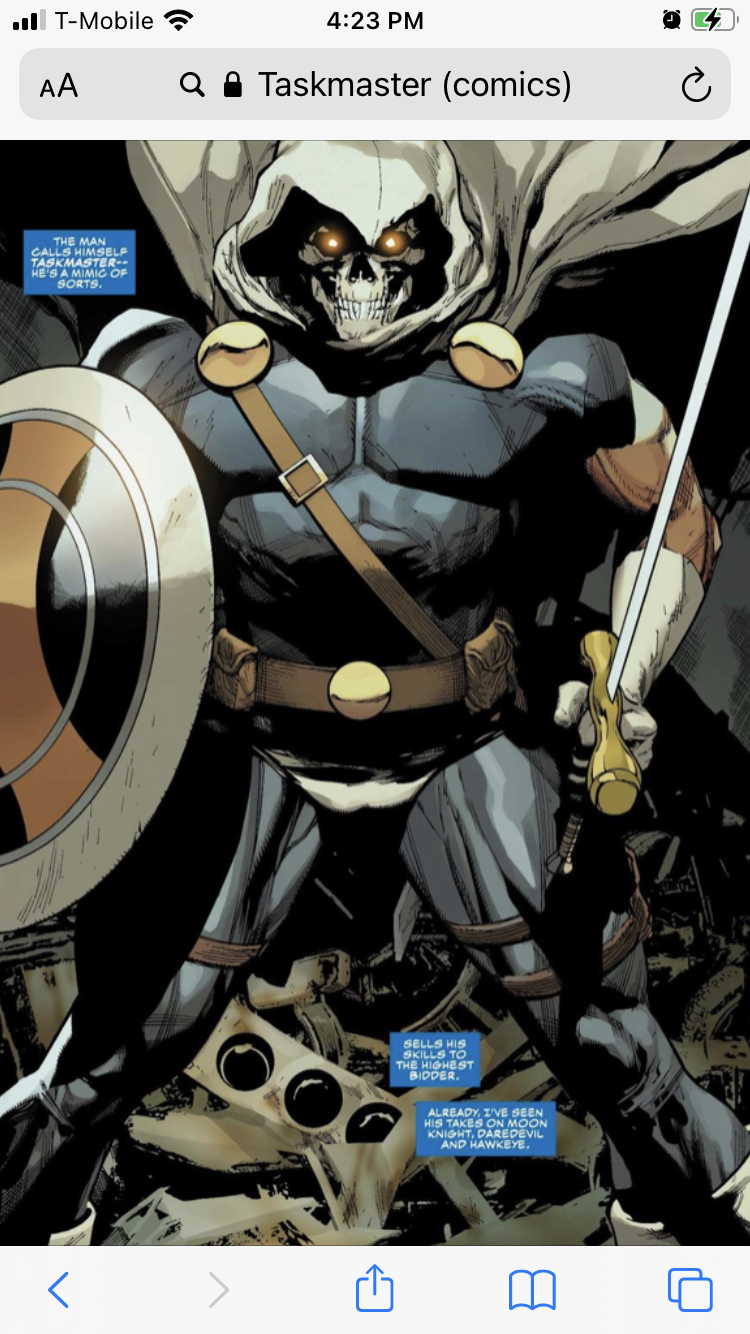 Oh, ok. I thought you meant that he was a pastiche of DC character or something.

Taskmaster is a cool concept but is typically reduced to nothing more than a goon merc. He doesnt really have any interesting motive or any notable characters aspect. He's just a merc. He likes money and fame. In most of his encounters he under performs.

I would like yo see echo vs taskmaster though

One of my favourite villains (even tho he's not always a villain)....

Please don't reply to posts with a date on them