So! Which, out of all the Marvel couples, are your top three favorite? My first is Cable and Esme Cuckoo. I don't know why. 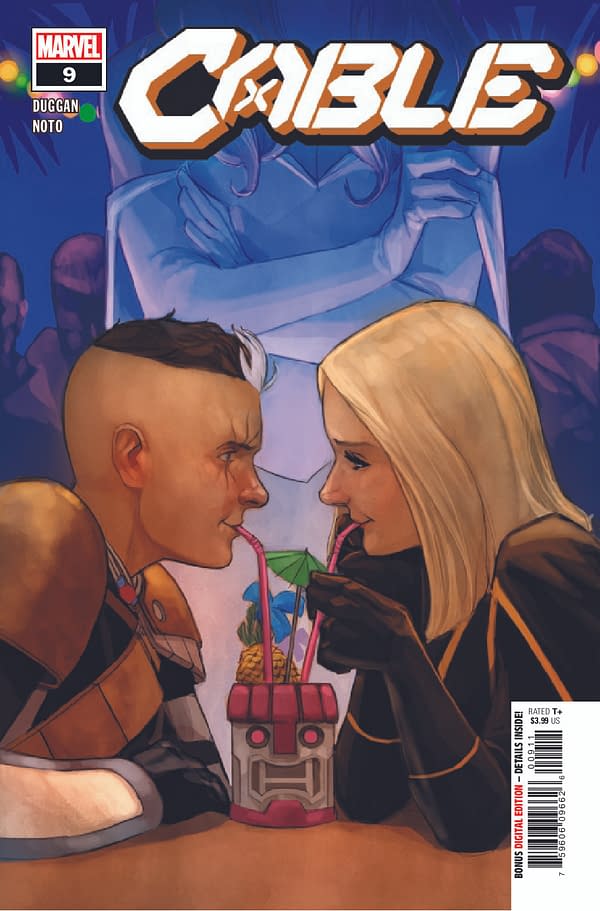 Second for me is Daken and Aurora, and third favorite is BP and Storm.

The mark bishop has is just a mutant brand that was given in mutant concentration camps in the future. Madrox and layla went to the future together to try to find out who was the betrayer of mutant kind in messiah complex. In the process they end up stuck in this concentration camp where their branded. Thats where they learnt that bishop was the traitor. Madrox ends up back in the present but layla is stuck there from 15 years.

Slyme, wait so was she a kid before? That would be kinda weird. Also why'd Bishop become bad?

Its a very complicated story.

Layla was a teenage kid who had the mutant ability to know things. When she went to the future with madrox, she was like 13-14. She ended up trapped there till she was about late 20's. Then it was revealed that knowing things isnt actually her mutant piwer, but she's actually implemented with all the knowledge of her future self, making her mind a kind of timeloop. But yeah, she was a kid when she went to the future and an adult when she left.

And bishop became a traitor to the X-men because he set his entire life goal on killing hope summers, because in his future hope caused the dystopian future. So he set out to murder her as a child, which wad the whole point of messiah complex. In the process he tried to shoot baby hope and ended up killing professor Xavier, which left him labelled as the Traiter of the x-men. And then he goes completely off the rails and becomes a murder obsessed villain who chases cable and hope through the timestream for years, nukes the world and poisons the water supply all to kill a child, only to eventually admit he was wrong.

So yeah, isnt it a bit weird that she dated Madrox then? I also remember she gave birth to a son with Jamie who was like his clone somehow.

Is this Bishop THE Bishop or an older one?

That was siryn who gave birth to madrox's dupe son. He absorbed it when he held it the first time. Tragic turn of events.

Yeah its weird, but thats the whole thing with the time loop. Layla knew her whole life at the age of 12. So she already knew how everything would happen. Is it weird that madrox got with a girl he knew as a teenager? Sure, but its a strange time travel story. Could be weirder

At least its not a Shatterstar Longshot thing

Lol yeah thats a whole other level of time travel

Althoughr shatterstar and layla did have a little fling.

😂 yeah that was one time comic writers just went for it 😂