What do you think your favourite character's lowest moment was?

I mean theres a number of Low Moments for Scott, but one of the biggest i would say was his killing of Professor X. 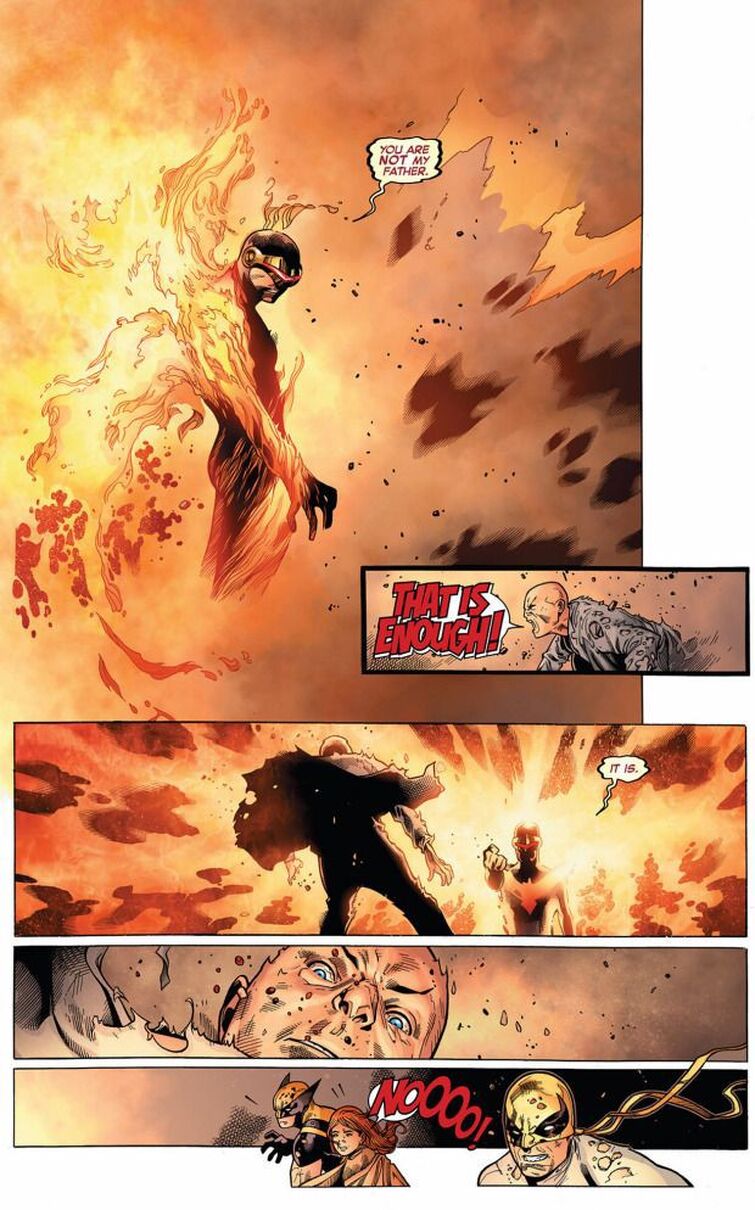 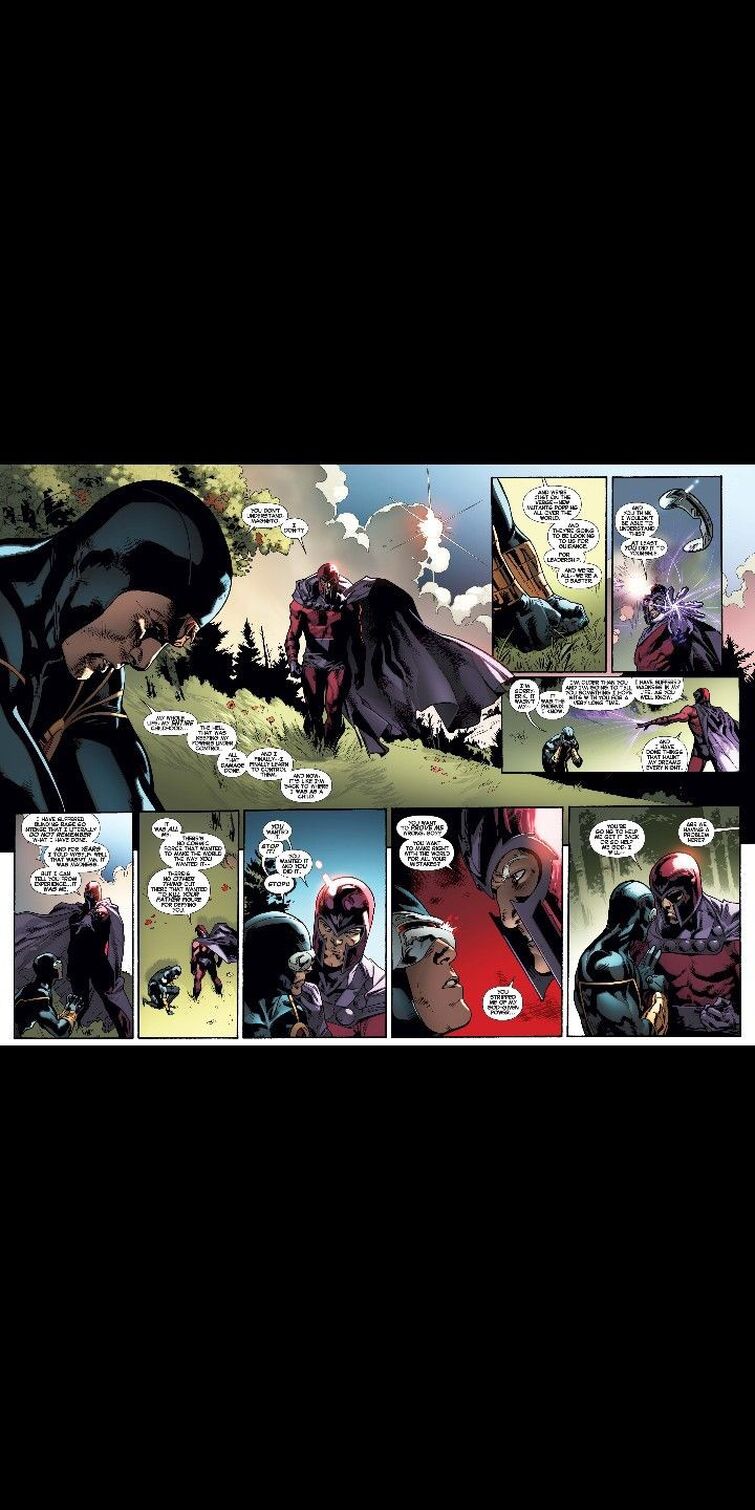 When Spider-Man sold his marriage to the devil.

Give me a moment to choose one of the many.

When Moon Knight said that mjolnir is made out of moon rock.

Although Gambit has had many low moments, I think his greatest regret and biggest mistake was forming the Marauders for Sinister. Resulting in the death of hundreds of Morlocks and Gambit being stranded in Antarctica and only surviving due to New Son. 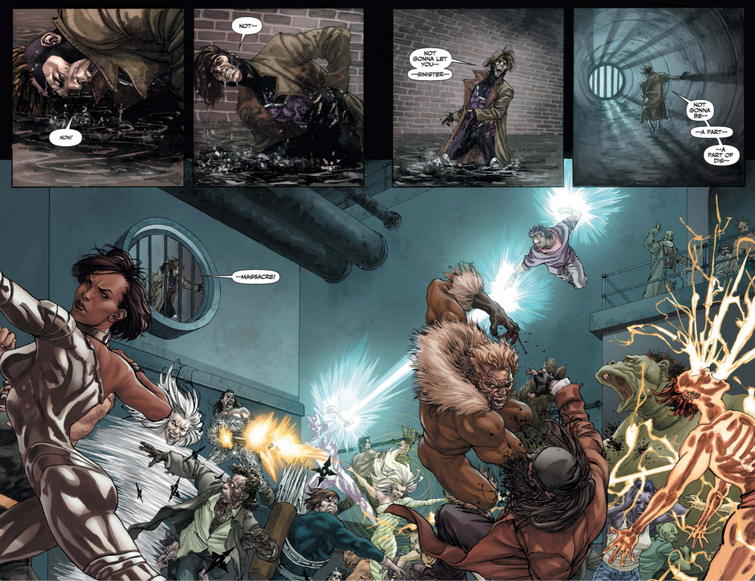 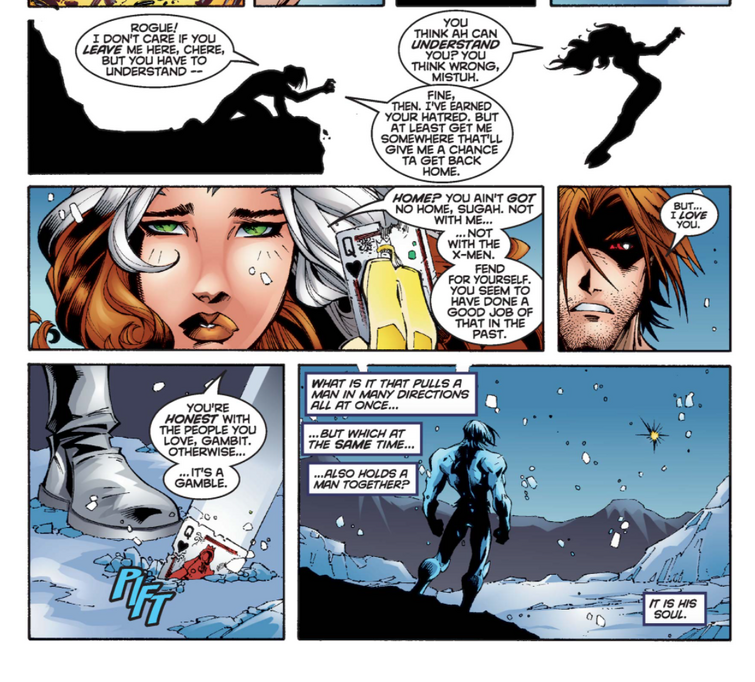 It took years for the X-Men to forgive him and I don't think Remy's ever really forgiven himself.

I'll be back. I think there have been quite a few for my man Logan. Or James, that is his real name.

One of the lowest points for Silk was during Spider-Women event. Silk went with Black Cat to Goblin Nation base and dropped Phil Urich from the roof. Mockingbird pulled her from the field. Silk yelled both at Bobbi and her therapist. She visited her family on Earth-65 but she realised her counterpart was way different. When Cindy Moon from that Earth impersonated her, it got worse. She couldn't defeat evil Cindy. Everyone viewed Silk as criminal: JJJ questioned his belief for her rightousness, Mockingbird had her arrested and she had to team-up with Black Cat on one of her heists. But , luckily, after Spider-Women storyline ended, Silk helped S.H.I.E.L.D. approach Black Cat and she found her parents, everything went back to normal.

I love when you show off Cyclops, really reveals how great of a character he is, and how much he's overlooked.

Same to you with Namor. You've highlighted that moment before, but I still like when you talk about Namor and show he's a lot more well rounded and has more depth than what most give him. Nowadays we seem him as 1 dimensional villain. Which is bull.

Surprisingly there are quite a few for Panther.....

1) Vol 3#49 He totally abdicated the Throne to the Tribal Council and leaves. 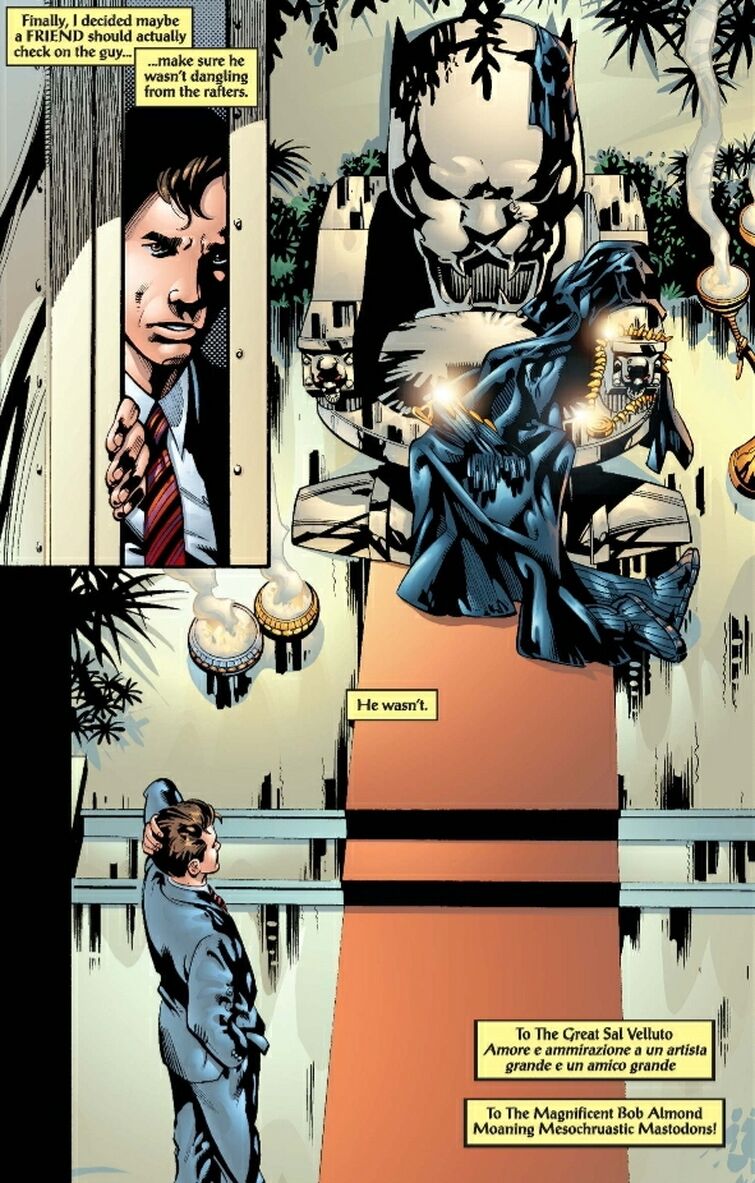 He did because he got an aneurism from fighting a mind controlled Iron Fist which addled his mind, causing him to see things and go a bit crazy. This made him almost kill one of his newly appointed Adorned Ones (Dora Milaje), provoked a war, became a bit of a tyrant, and this aneurism was supposed to herald his Death.... but it didn't. In grief and distressed from the pressure of leadership, he left. 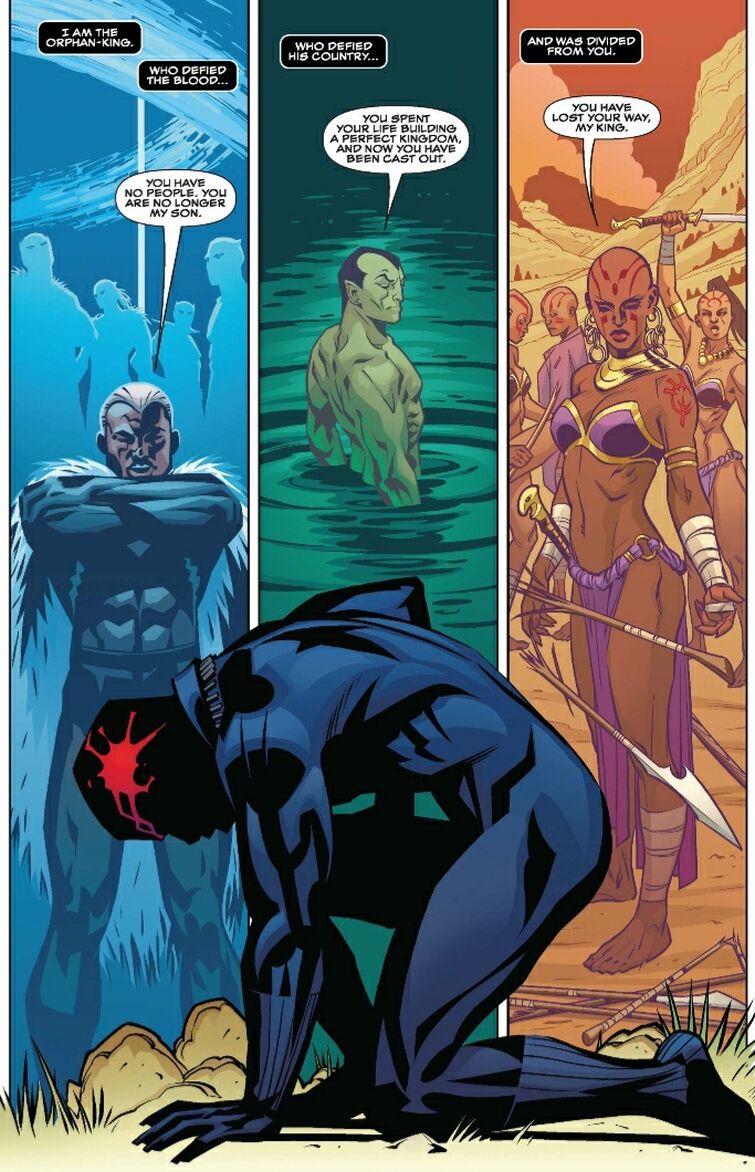 Tchalla is dealing with the lost of his Sister, the lost of so many Wakandans at the hands of the Kabal and Namor's flood, reflecting on lost of his Uncle, his Father, his Mother, his advisers and close friends. This series dwells on the topic of how does a King, and a once strong Nation that's never been conquered, deal with so much loss. Meanwhile Tchalla has to quell a rebellion peacefully, yet stop a threat to his country and throne. He really was dealing with a lot. 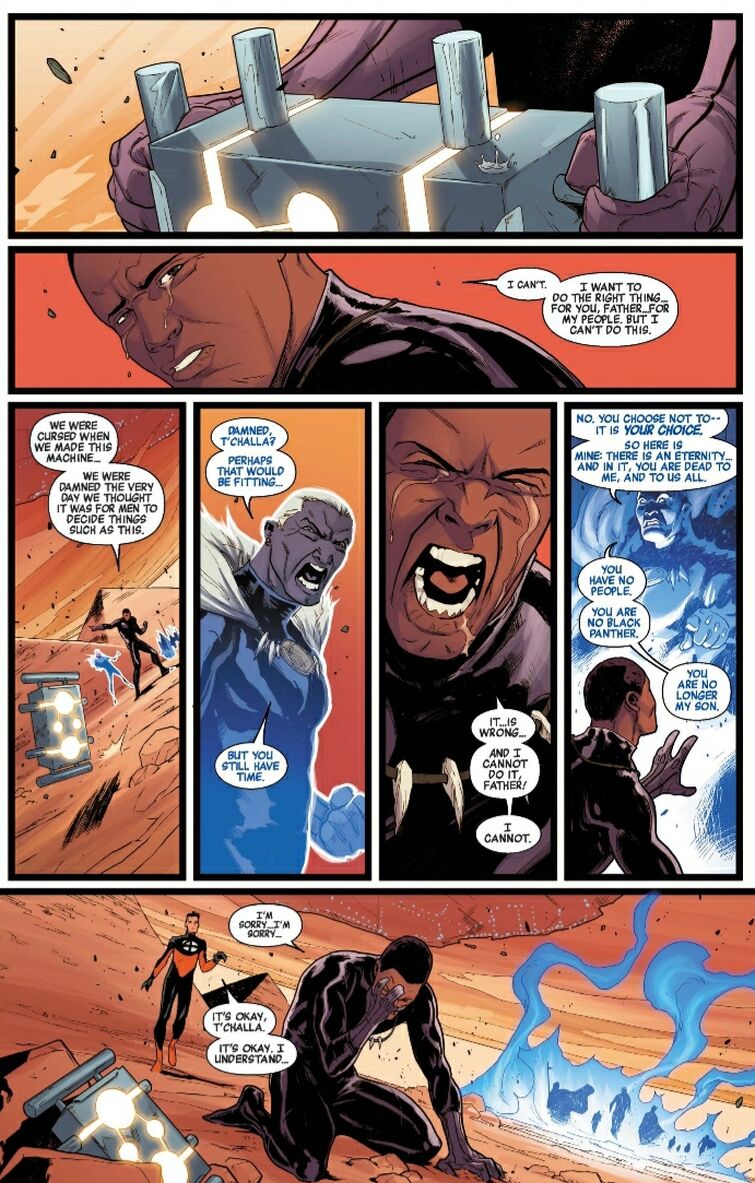 This has to be the absolute lowest I've ever seen Tchalla. He's literally pouring out tears. I've NEVER seen this. It makes sense why he did because he felt as if he betrayed a grand legacy, that he failed the thing he loves most- Wakanda, his home. In this one scene he is overcome with feelings of regret, shame, disappointment, and more. He realized he doesn't have the same heart his Fore-Fathers did, to do wrong for the sake of Wakanda.

Eddie Brock killing three innocent people in the past, he killed a Nurse when he was with cancer, killed a Police officer in a church and a maximum security prison guard

That moment when your favorite characters are a guy based on trauma who will never be happy and a war hero with ptsd.