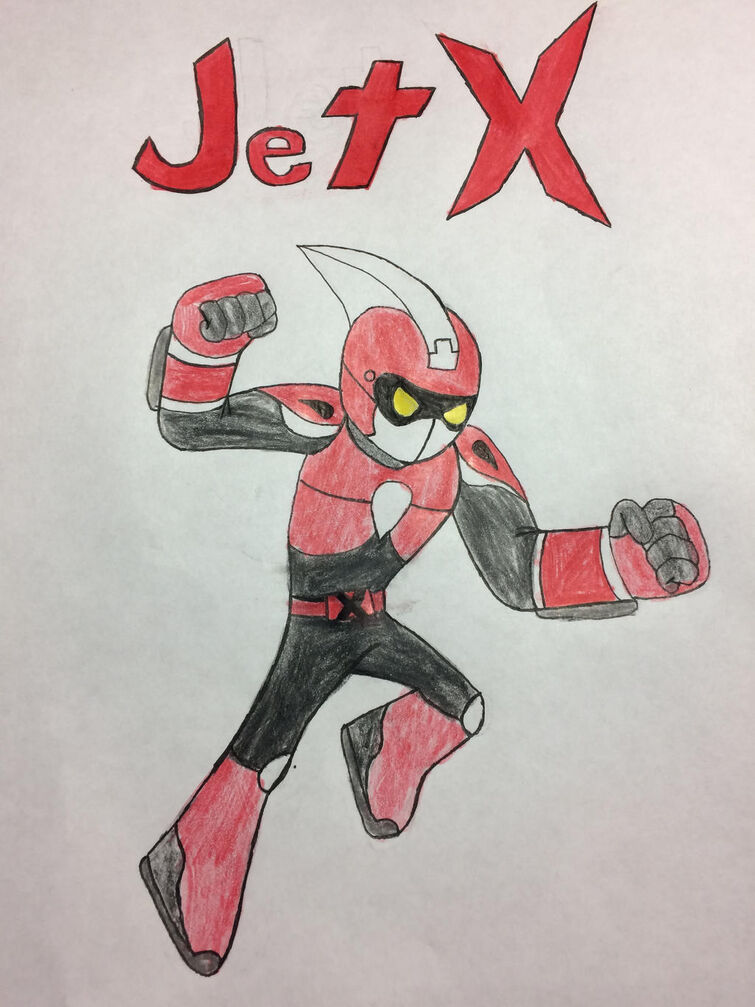 Zynothium is an extremely rare and dangerous compound, so dangerous that even reputable members of the superhuman community like Robin are unable to buy it legally.

The same Zynothium that gives Red X his powers.

Professor Yazbeck wanted to make the Zyothium into a cure.

Professor Chang found out about Mr. Yazbeck had some Zynothium

and took him away so Justin had to follow them and finish what his father started some of the chemicals got mixed with the formula causing an explosion that turned Justin's body became pure yellow glowing radioactive energy. With Justin's new powers he took down Professor Chang and saved his father.

Yeap but there are some non mutants there I can also give some examples if you want. Even I was confused with this but there actually are.

Kid gladditor, ink a human who gets powers from a mutant, and Mimic

So, all of them have some sort of relation to X-Men or mutants. Again, I'd advise the OP to justify Jet X studying there. Not just *BOOM* he got powers and he goes there just like that.

Also, @Dingodile167 , there's no such thing as Battle Room unless it's something you made up. The place where X-Men train is called Danger Room.

thanks I got the point

I meant to say the danger room

Great desighn by the way

Well I guess jet x should be enrolled in S.H.I.E.L.D Academy

Jet X by BigBee17 on DeviantArt@deviantart

Why don’t you sue me?