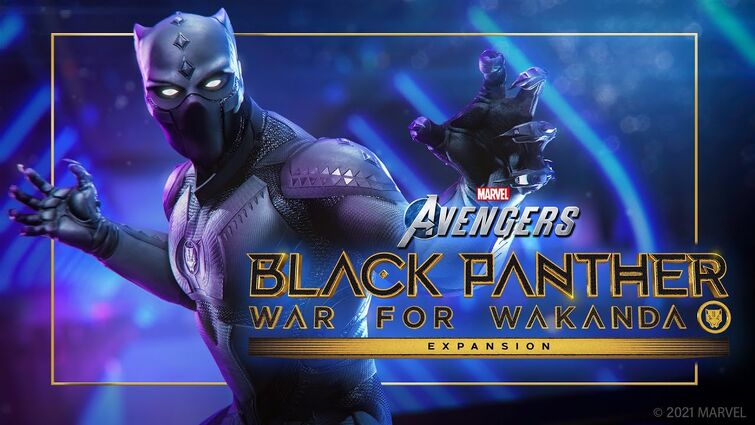 It pains me that the adaptations have become the source material

^Synergy is taking over game and comics, it's too much

^^Well i do agree that there is lots of synergy, and they did short change BP a bit, but it looks pretty good to me, besides that stuff.

Honestly, it kind of reminds me of the vibes of a video game that was made after a movie. Like when they made The Amazing Spider-man the video game

^I do too, looks kinda like his comic costume

I havent actually played the avengers game because it looked overall dissapointing. So idk about this opinion, and idk how the other dlc stories are, but it overal looks like one of those things where you pay for the dlc expansion and end up with like maybe 2-3 hours of gameplay

You don't actually pay for the DLC. It's just a free update. At least, that's how it's been in the past.

Those who were waiting and cared to hear my thoughts, sorry to keep you all waiting, and I appreciate your patience - I was busy. I'm glad others had a chance to speak, and present their thoughts before I started ranting lol.

Now in the spirit of not wanting to sound like a complainer, and being happy with the small things- let's start with the Positives: 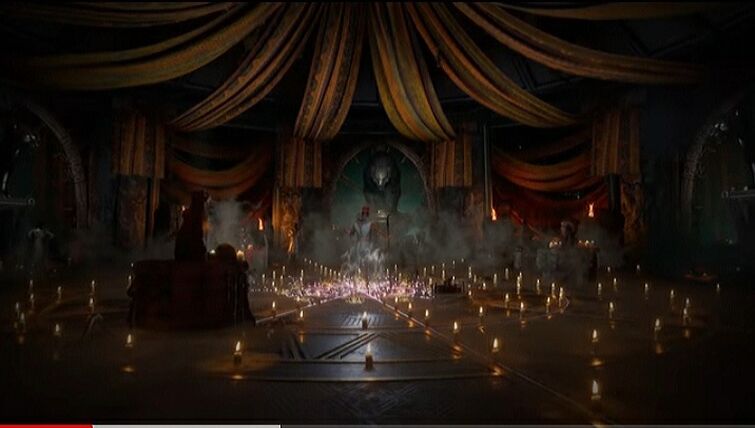 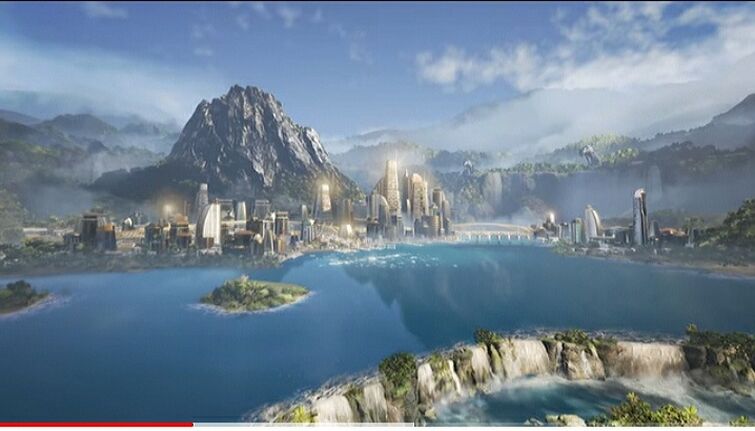 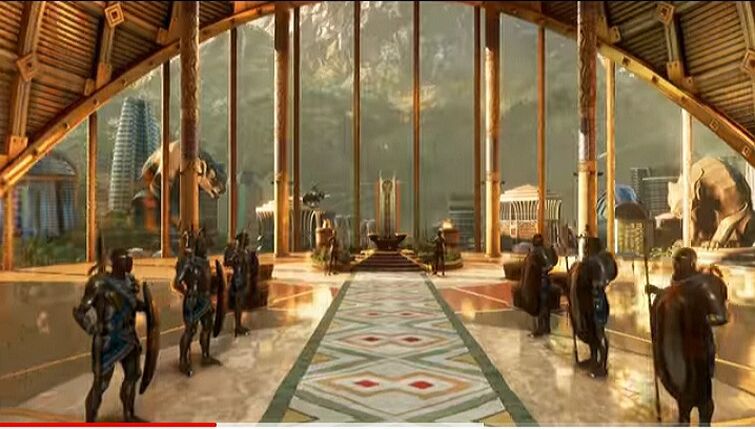 👏🏾👏🏾👏🏾. Kudos for capturing the beauty of Wakanda and the great architecture. I hope the DLC is full of moments that really let's us see and appreciate the settings (hopefully both city & jungle) and want to see more of it. Wakanda is a lot like Pandora from Avatar- full of Wonder, Mystery, Novelty, Color, and more. So far they are doing good at that it seems.

Although a little cheesy, and no where close to being the best villain in comics, it looks like they will do well with the character. Showing off his Sonic Form is nice.

The song was good. However it's now a bit played out to continue to use Hip-Hop to market BP. It's cool the first few times, now it's become cliche lol. Other than that, it set a good tone for the character and trailer.

I love seeing BP jump, flip, and hop around 😄. He got moves! I really hope his combat is full of acrobatics... meaning: Taekwondo meets Capoeira, Ninja meets Spider-Monkey 😁.

Even Spider-Man Games didn't start where they are now: 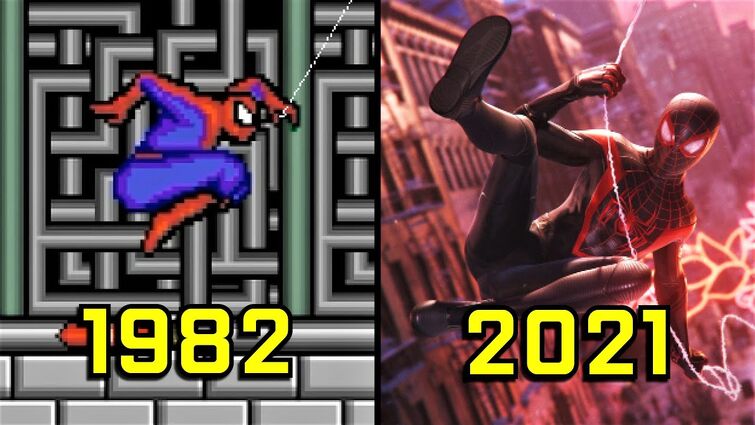 So its gonna take some time, and possibly the death of the MCU, in order to really get a quality BP game. But for a starter.... this is decent 🤔🤷🏾‍♂️... It could definitely be worse, and thank god it's not. The MCU brought a lot of attention to the character, and I couldn't thank Feige enough, so it makes sense and is kind of expected the future of BP will forever be "MCU-ish" or MCU inspired.

I want to see more. I will play the DLC.

It really hurts me to say....but in all my years of wanting a Panther game, and ranting about a Panther game, Square Enix has done what I thought impossible..... they made a crazy fan like me, who is easily impressed with anything BP related, they made me mostly unimpressed, underwhelmed, and kinda disappointed😔.

But... I have to hold off on judging too harshly until I not only play the game, but until I actually see more. Still I think it's fair to judge what has been presented, and based off what has been shown... I'm underwhelmed, and that alone saddens me.

Not the worst look for Panther, but definitely my least favorite. Marvel V Capcom had a better look: 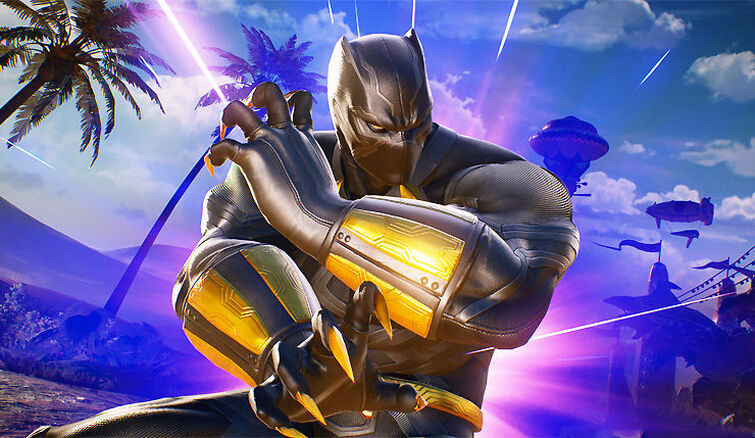 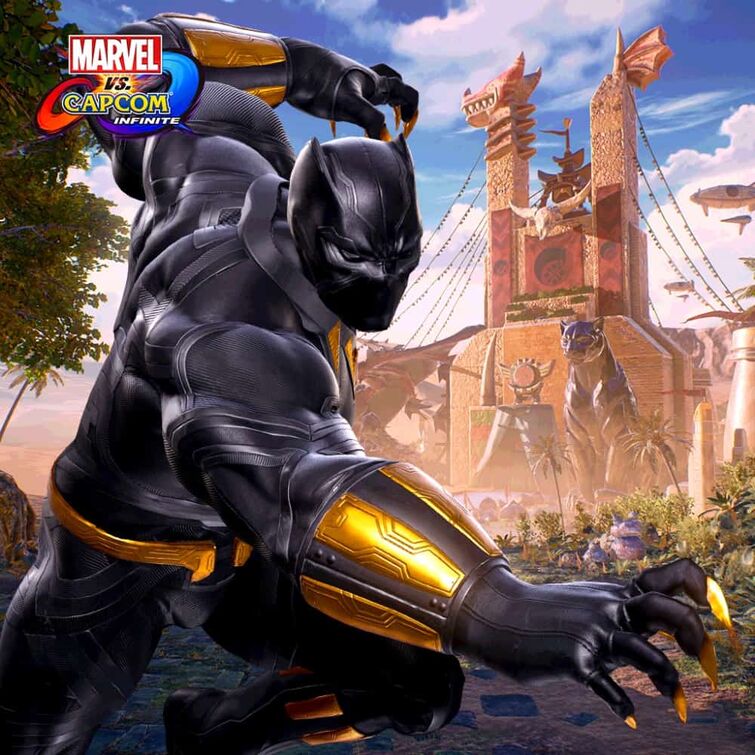 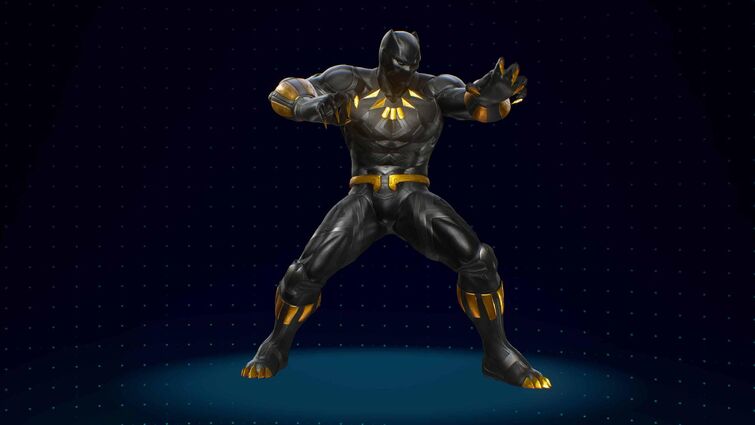 I'll even go as far as to say his Ultimate Alliance2 outfit looked better lol. But that's probably not fair.... So nvm. I get that they wanted to be similar to the MCU, but it's that attitude that really hurts the game IMO. I've always hated that helmet thing the MCU implemented, and it's sad to see it carried on here. They should've learned from the BP film, the comics, and even BP's tv shows, that the helmet just isn't a good idea or cool feature. It's stupid lol. But hey... who am I? Again its not...bad... it's just.... idk.... I'm not feeling it. It looks good every few shots and angles. 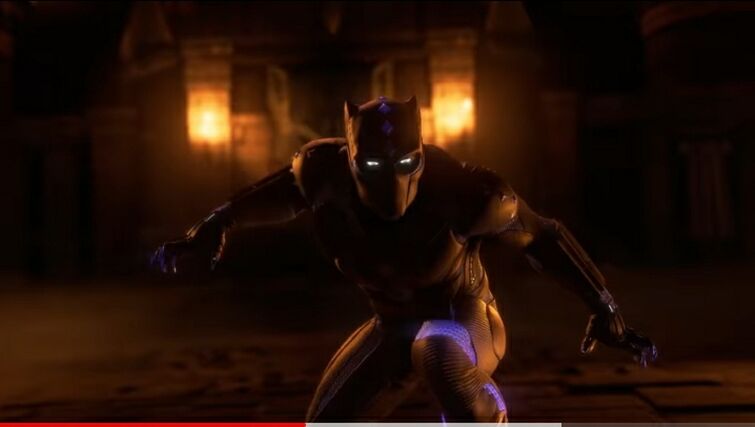 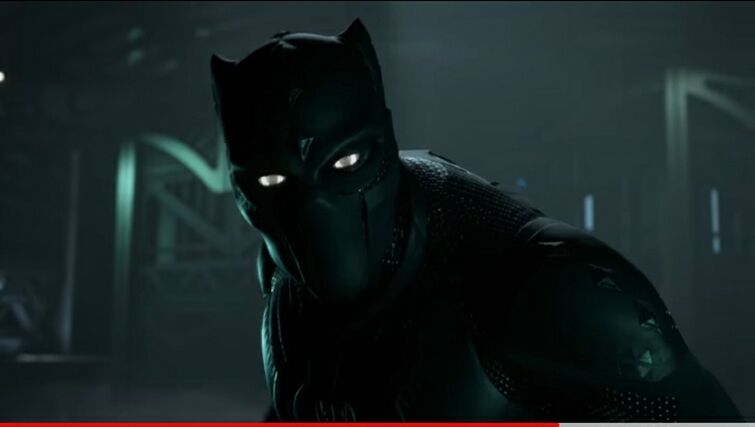 It's not a deal breaker.

2) The graphics aren't horrible, but they aren't great. Nothing about this really amazed me- and it's really not hard to please me. This is actually a whole fault of the Avengers game period- all their games are supposed to look similar, keeping with the idea that they exist in the same universe. I get it. But the graphics are sadly sub-par. They don't scream Next-Gen. 2018 God of War still looks better. I hate to be picky with graphics... but I have to be honest- subpar graphics disappoint me.

3) Human Klaw looks like a Zoo Keeper lol. I get sick of seeing BP battle Human Kaw, it does such a disservice to his character the fact his first Arch Nemesis is just a zookeeper looking guy lol smh. Klaw in the comics initially was living sound equal to Sandman or Hydro Man (still not great, but better than a zookeeper).

4) The voice actor is great! I love him. BUT if you ask me he sounds a bit too old for this version of Tchalla- supposedly a "younger version". There's a reason he played an older Kratos. But that's just me maybe 🤷🏾‍♂️...

One of the developers said that they took heavy inspiration from "Rise of The Black Panther" (BP Year One basically). If such is the case they totally missed the ball lol, and the voice acting again sounds a bit too old.

Further, this is being tied to The Avengers game where the Avengers have actually been in operation for quite some time, so Panther should've been in operation just as long. So why is he still battling Human Klaw?! At least the MCU made Killmonger his main enemy instead of Human Klaw. Obviously they are going for the MCU spin on the mythos.... honestly not my favorite but it's....ok. Still the level of SINergy Marvel does, letting the MCU dictate damn near EVERYTHING, is soooooo irritating. It gets so exhausting and makes it hard to enjoy anything. The devs like to say that they are coming up with "Original stories" and all....but I don't see none of that lol. Maybe they meant they are just doing a spin on the MCU stories. I'm sure it will all make sense when I play it so I'll table this discussion here.

Thank you for all those that feel BP has been short changed. I'm glad I'm not the only one that sees it. Again am I saying that there is nothing good about this? No. Does it suck? No. Do I have some excitement? ... kinda lol.

What also bothers me is.... although this just may be a decent start, a "testing of the waters" to see if Panther is capable of his own game ..... I would absolutely hate if they judge his potential based off of this DLC. Im hoping this is indeed just a tease for more and better to come, because I can't stomach the thought that if this DLC "fails", devs & publishers will then conclude: "A Panther Game won't work, he's only good in a team game"... and then I'll never see a true BP Solo game. But... who am I? I could definitely be wrong... may be he is just worthy of DLC's & Expansions. I would be willing to accept that more if Guardians of The Galaxy wasn't getting a game 😂. But judging how that looks... I don't think Edios Montreal & Square Enix will be able to do that great of a job anyways lol 😁... so maybe that's not a bad thing 🤷🏾‍♂️.

The expansion looks really great and Black Phanter is a great adition to the Avengers game!