This is an official off-topic thread. Guidelines (excluding ones dealing with off-topic and the date rule) still apply: marvel.fandom.com/d/g

Eventually, this one will be locked and replaced to prevent clutter.

(edited by His Grey Eminence)
0

Idk abf. They apparently cut pretty much the whole third act of the movie. I dont think its just about making it darker but actually making a movie that makes sense. There was a number of differences listed that i think would have made it virtually completely different.

But honestly, i think they took a dark serious movie from a director who makes good dark serious movies and then they slashed it to hell and made it a cheap comedy with a plot that hardly worked. Even the actors said their characters were completely cheapened because of the cuts.

But im also a big fan of dark/serious movies, so naturally this version of suicide squad suits me more. I mean my favourite CBM is watchmen.

Ive yet to see james guns suicide squad. Im sure its not half bad but personally i cant stand james gun

Silver Age Peacemaker is not crazy, he's just the embodiment of american interventionism.

That was the orginal concept.

An incoherent person is not necessarly crazy.

Making him crazy derives from the fact he was used as the base for creating the Comedian, who is crazy. They just thought Alan Moore's idea was cooler and boom, Peacemaker is now crazy.

So basically now Peacemaker is a pastiche of the Comedian instead of being his own character. And he even had a lot of potential.

Maybe american interventionism isn't such an hot topic as it was in the 60s (see Vietnam War), but they could still make it work. 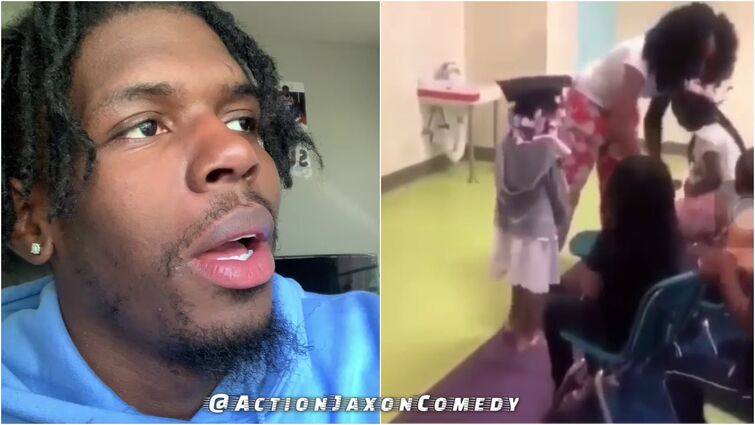 It’s obvious that little man already stressed out at 5..💆🏾‍♂️YouTube

^^You'd think it would be a hot topic, blowing the crap out of the Middle East is not exactly an icy job.

(edited by The Mechanical Menace.)
1

Man. And I thought the kids at my summer camp were bad a few years ago. Not gonna judge him nor his parents. But man. 💯

Oh, right Menace, now that I think about it it might still be a pretty modern theme...

I just discovered one thing recently about Cap Canuck: his Lev Gleason series will be published here in Italy by Leviathan Labs (an Italian publisher) in September, I'm so excited!!

I'm uninstalling fandom for a while