If you super fanboy or fangirl level attached to any of spideys rouges gallery you've been warned most of them are not gonna survive the story my sick twisted mind created.

it was a early morning day spiderman was doing his every day job stopping robbers,swinging through New York, and being his joyful quippyself

He stopped by oscorp to stop goblin he got in and stopped the guards with ease but no goblin he got to Osbornes office and a screen appeared above the desk.

Spiderman " could you have more cliches greeting goblin "

Goblin " normally I'd be glad to do our normal banter and battle were I think I'll win but you win at the last second but I'm not going to..."

A smile spreads across his face

Spiderman " that cant be good"

Goblin " I know you gotta get groceries get to the bugle and exsplain why you leave mary Jane waiting all the time right.... PETER PARKER"

Spiderman " who who helped you.. you maniac"

Goblin " what's the fun in telling anyone this is between you and me parker besides it's not me you should be worried about you should probobly get home i heard my friends had some fun ideas to how do I put this lightly TORTURE."

He stops he freezes he looks he screams one word "NO" over and over and over he screams no then it hits him as he stares at the guts and peices that spread across the floor aunt may,mj,and gwen all dead he didnt know how the villans got them there but by the mess he knew thay all had apart in this all of them then electro shows up.

Electro "Nice to see you again parker sorry for the mess when the human body starts to bleed and fall apart it leaves alot of stains."

Spiderman " you...are dead.. YOU ARE DEAAAAD all of you are you've gone to far this is it you win you took away everything I love and you cant get away with this"

Electro gets charged up and charges spiderman he throws several punches spiderman avoids spidey seemed even more focus then usual electro didnt care he was gonna kill spiderman this time he throws another punch spidey counters with a kick to the jaw it just enrages electro he flies forward he gets stuck in the wall spidey ties him up with the webbing.

Electro " hey what about me "

Spiderman " well that really sucks for you "

It cuts to a small hidden building on liberty island

Goblin flys there where the other villans are all of them.

GOBLIN " time for celebration gentlemen we killed the spider"

Doc oc " you're sure he is dead osborn"

It seems normal for awhile the villans all there celebrating

"SPIDERMAN " they all say

" all this time you've done bad things you've heart innocents and you all slowly worked down and destroyed my sanity yet I couldnt bring myself to end it I couldnt kill you any of you but you got rid of the thing I fought you to protect but now I have to inform you."

" I'm not holding back anyomre"

The villans stare in shock and horror and then prepare to fight both sides of good and evil knew this was going to be the last battle.

Until next time thanks for reading bye

You are doing it perfectly

Rhino and several others

I got some vibes from this: 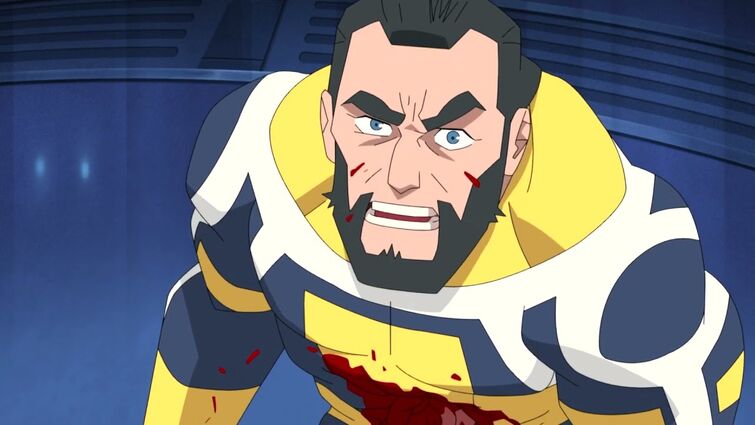 Invincible episode 1 | Omni-man kills The Guardians of The GlobeYouTube

Just wanted to thank you once again for you're support and that part 2 is now up and posted hope you enjoy I am very proud of it.