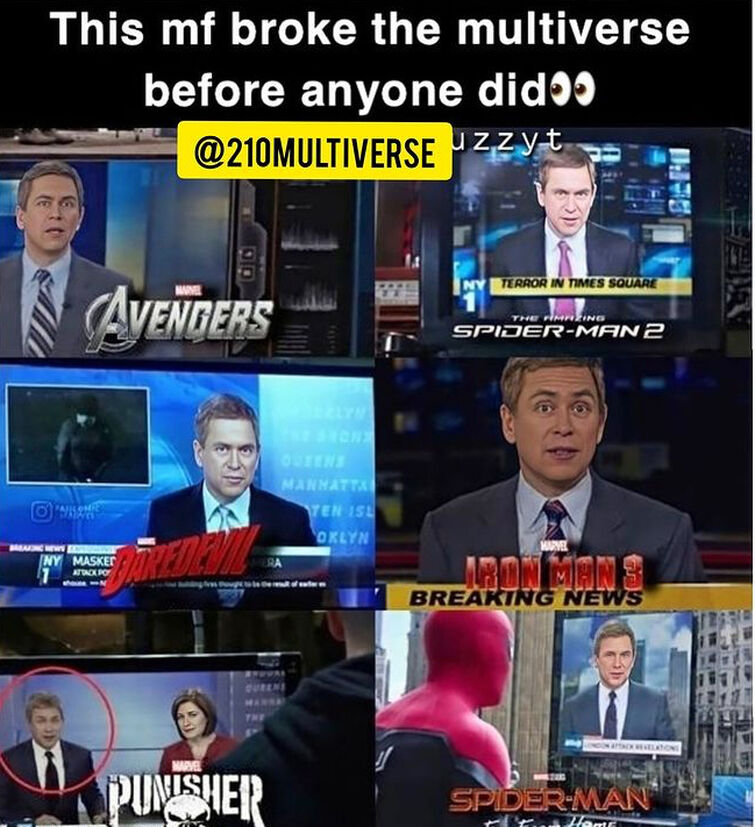 If we’re using the, “No official said so.” Argument then first of all they hinted at it when marvel cut all contracts with Netflix and canceled all the shows and second of all “No official said” that they were canon either

They probably just cancelled the old shows so that they could promote the Disney+ shows as the only new Marvel shows coming out. Designed exclusivity.

"Intertwine" meaning that they are part of the same story. The old shows can take place in the same universe, while telling parallel stories. I personally like the idea that not everything has to lead to the same point. It makes the world feel more alive.

As AoS has Sif and Fury, was involved with post movie events of Avengers, Dark World, and Winter Soldier, pre events of Age of Ultron, explained why Sif wasn’t around for Hela’s massacre…it is canon

Netflix cancelled the shows, not Marvel.

And you literally can't use your headcanon as fact.

To back that up, for example, I like to imagine that Sony's Spider-Man universe is part of the MCU, in a loosely connected way, like the Netflix shows, but that's not confirmed, I recognize that it will probably never be confirmed, and I don't insist that people say there are 12 movies in phase three instead of 11.

Now listen I know all of the Marvel tv was originally going to weave itself into the MCU(that’s why AoS feels so correct) but Disney wanted more money and AoS was being split with ABC Network and the Daredevil, Punisher, etc. was being split in Netflix’s favor. So am I happy that Disney canceled everything for some money, no of course not the Netflix shows were awesome(Specifically Daredevil and Punisher) but it is a massive corporate monopoly all it cares about is its money and the way people perceive them.

Because of the contract, Disney could NOT simply bring the Defenders over. They cannot use those characters for like2/3 years after the last Netflix show. So they were cancelled so Disney gets the rights back

And the actors contracts were written do that if marvel so chose, they would have to be in a movie. So that shows they are canon.