This is an abridged version of Bruce Banner's history. For a complete history see Bruce Banner's Expanded History Robert Bruce Banner is the son of Dr. Brian Banner, an atomic physicist, and his wife Rebecca. Although Rebecca deeply loved Bruce, who returned her affection, Brian hated their... 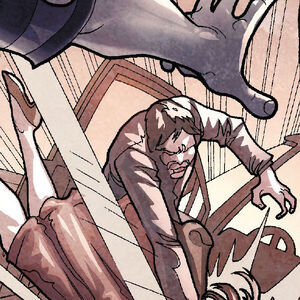 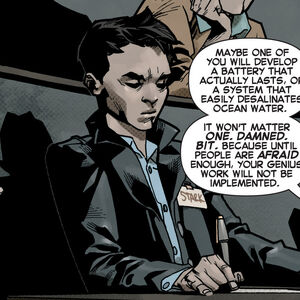 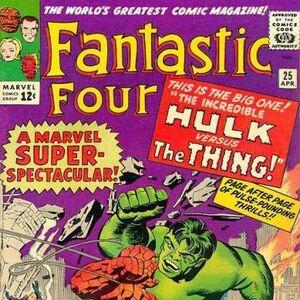 It's now a series. So today we're going to mess with: 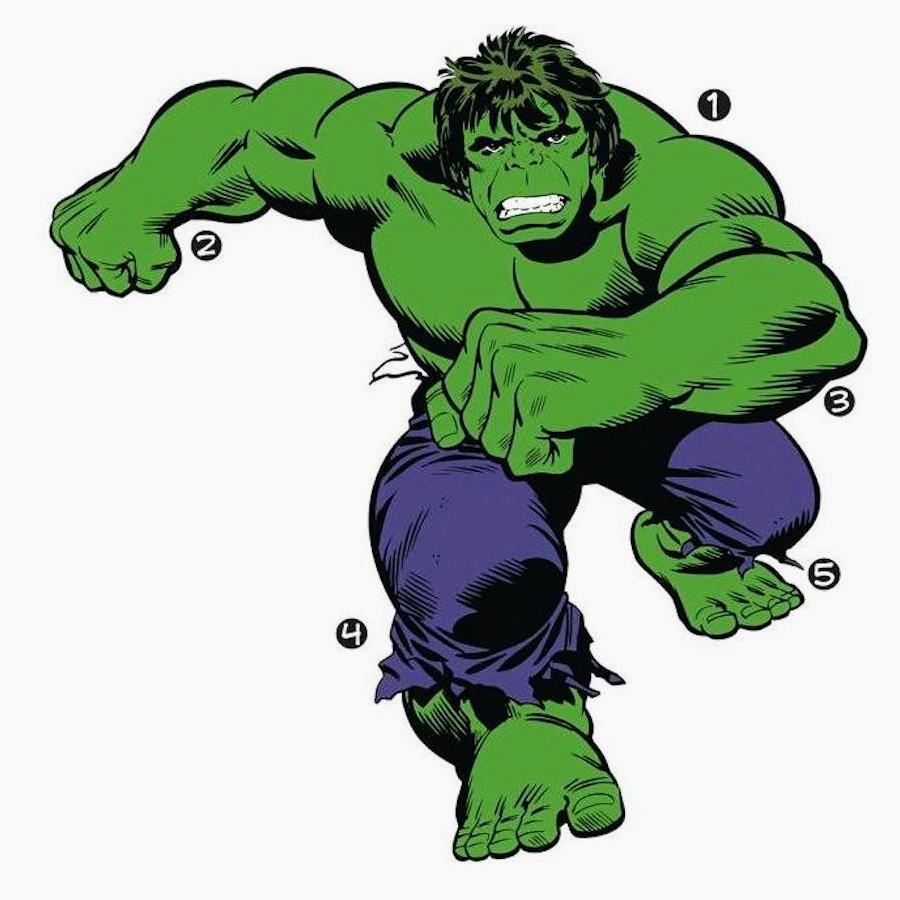 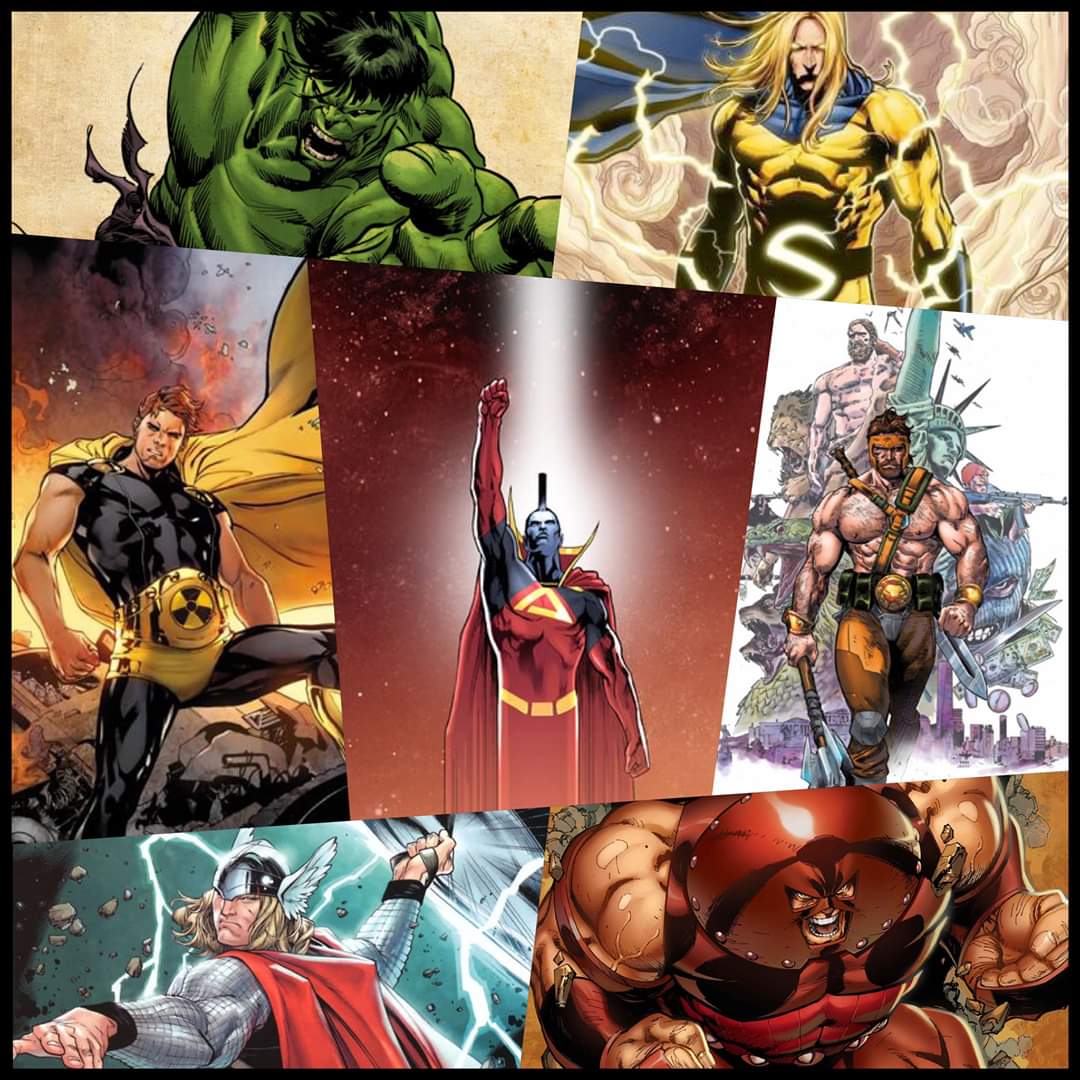 I read that info somewhere and it said it was a long time like some years, but unfortunately I lost the source and I cannot find it, so does anyone know how long was it? It was said in comics (or you could calculate it) but not in the movies, and I'm only able to watch movies, because I couldn't find the comics (but would love to read them), Thank you!!

Like marvel is literally my life .... y’all don’t UNDERSTAND BROOO

First off, I'm a big fan of the Marvel universe, and I just finished writing my own fan fiction books about Marvel heroes for my kids. Christmas is coming soon, so I would like to give them as Christmas gifts. Phase 1 is about the origin story of The Avengers members; Tony Stark, Bruce Banner, Thor and Steve Rogers. At the "The Avengers Assembled" books, Loki did not use Thanos's army, but manipulate the Hulk to fight against The Avengers. That is how Tony Stark and Steve Rogers know about the Tesseract Cube or known as the Space Stone, and that's how Loki transports himself to Earth without using briforst bridge. Phase 2 focused on the age of Ultron event, with two spin off books; Black Widow and Hawkeye with title: Agent of Shield (an origin story of these two characters and how they join SHIELD before Tony Stark become Iron Man). Phase 2 begins with Ant-Man, then move on to Fantastic Four and Spider-Man. The first three books have Tony Stark as a cameo so it will explain why Tony Stark build Ultron in future. Phase 2 also continues from The Avengers Assembled, where Tony Stark was forced to protect his technology from the government who wish to use it as a weapon to fight alien from outer space. To continue the story, I added Steve Rogers into the conflict and that's the actual plot of Captain America: Winter Soldier, where the Avengers (except the Hulk), battle against Hydra organization. The Age of Ultron begins with Tony Stark, who involved with all events (Ant-Man, Fantastic Four, Spider-Man & Winter Soldier). Tony gathered Hank Pym, Richard Reeds and Norman Osborne and create a new security system to help local enforcement agencies if the Avengers is not available. Bruce Banner joins the fight later. Phase 2 ended with Thor, who is now looking for the Infinity Stone after he learned the history of the space stones from Odin. For Phase 3, i decided to write two timelines; "Infinity War" and "Civil War" and hope next Christmas, the books are ready for them.

Inside the meeting room, Falcon, Bucky and Bruce were listening to the message given by Tony Stark before his death.

Tony's Hologram: We were a good team already, and at first I thought it would not work at all, having a frozen soldier, a man with incredible aim, a pro killer, and a man who had trouble bear the anger. But over time, I saw that I was being good for the planet, if I had seen the future it might have been good to have left one more message, but since I'm not the odd doctor, I left only one if we all die, and let this legacy to the most powerful new heroes. Good luck!

The blood count goes out.

Falcon: I will miss him.

Bucky: So are we the new avengers?

Falcon: From what he said yes.

Professor Hulk walks a little to the window.

Falcon: I know you miss Nat Bruce, but she sacrificed herself.

Bruce: I know, but I miss her so much.

Bucky: But it was no more painful than losing Captain America.

Bruce: There's no turning back.

Hawk: I can't be the new Captain America, he's irreplaceable!

Bucky: He trusted you, Sam.

Falcon: But I don't know if I can be him.

Bruce: He just wants you to follow his legacy.

Falcon rises from his chair and walks to the door and looks back.

Falcon: It would be easier to be myself.

And leaves the room.

Crossbones was standing against the wall without his mask looking down scratching the floor.

Another man arrives in the room.

Henchman: sir, how do you feel?

Brock Rumlow: With a thirst for revenge.

Crossbones lifts his head and looks at his henchman.

Henchman: The new order of the Strikers is near sir. Do not worry.

Rumlow: The Strikers dominated everything!

Bruce was looking at the costumes Stark had left for them.

Sam: This is awesome!

Bucky: Really he left these uniforms for us?

Bruce: Just to give us advantages in battle.

Bucky: That was very kind of him.

Sam: With or without these specialized uniforms, we will continue to be the best heroes on this planet, behind our old friends.

Bucky: You spoke like a real Captain America, Sam.

The warning signal starts to alarm.

Bruce glances at the alarm.

Bruce: There are a bunch of criminals attacking the city of Time Square.

Bucky: We better go! What is the Sam plan?

Sam is silent and begins to think ...

"I can't do it without you Steve"

Falcon arms its wings and catches the shield.

Bruce looks the way he is.

Bucky picks up his machine gun.

They all go together to Time Square.

A group of Brock Rumlow's henchmen arrives with soldiers in the streets and start making civilians.

Brock Rumlow got out of the van in super tough armor.

Falcon arrives and kicks in crossbones.

Hawk: I don't know what you're talking about and who you are most here we are!

The goons start shooting at Sam but Sam dodges the bullets flying upwards, and Banner arrives punching them all.

Bruce: Get out of here civilians!

Bucky arrives shooting some henchmen and fighting with others.

Brock shoots Sam's right wing, and he falls to the ground rolling.

Brock punches Sam while he is on the floor but Sam deflects and the punch causes a crack in the floor.

Sam: Did you rob a bank?

Brock: It's Me! Brock Rumlow!

Thor or the hulk 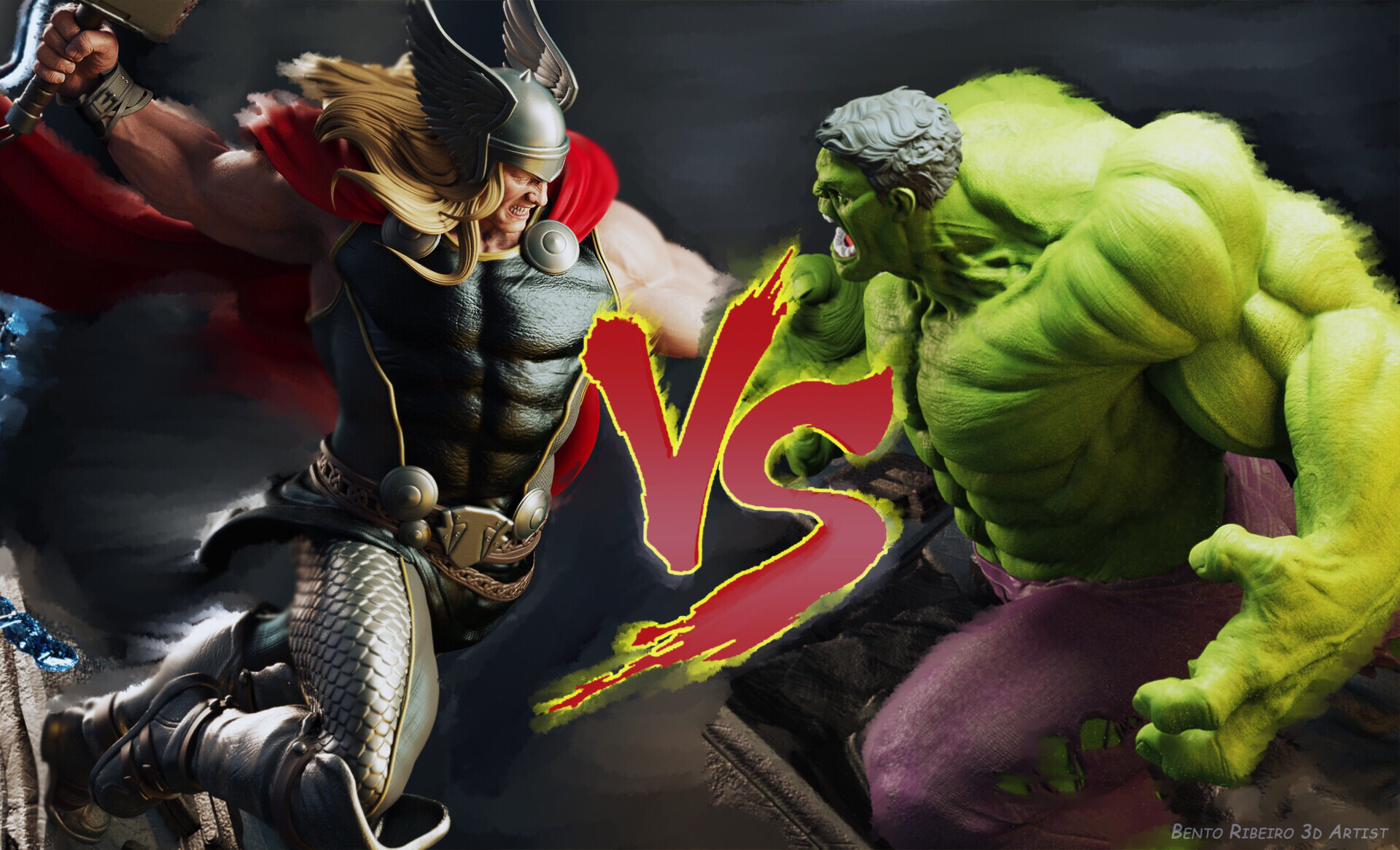 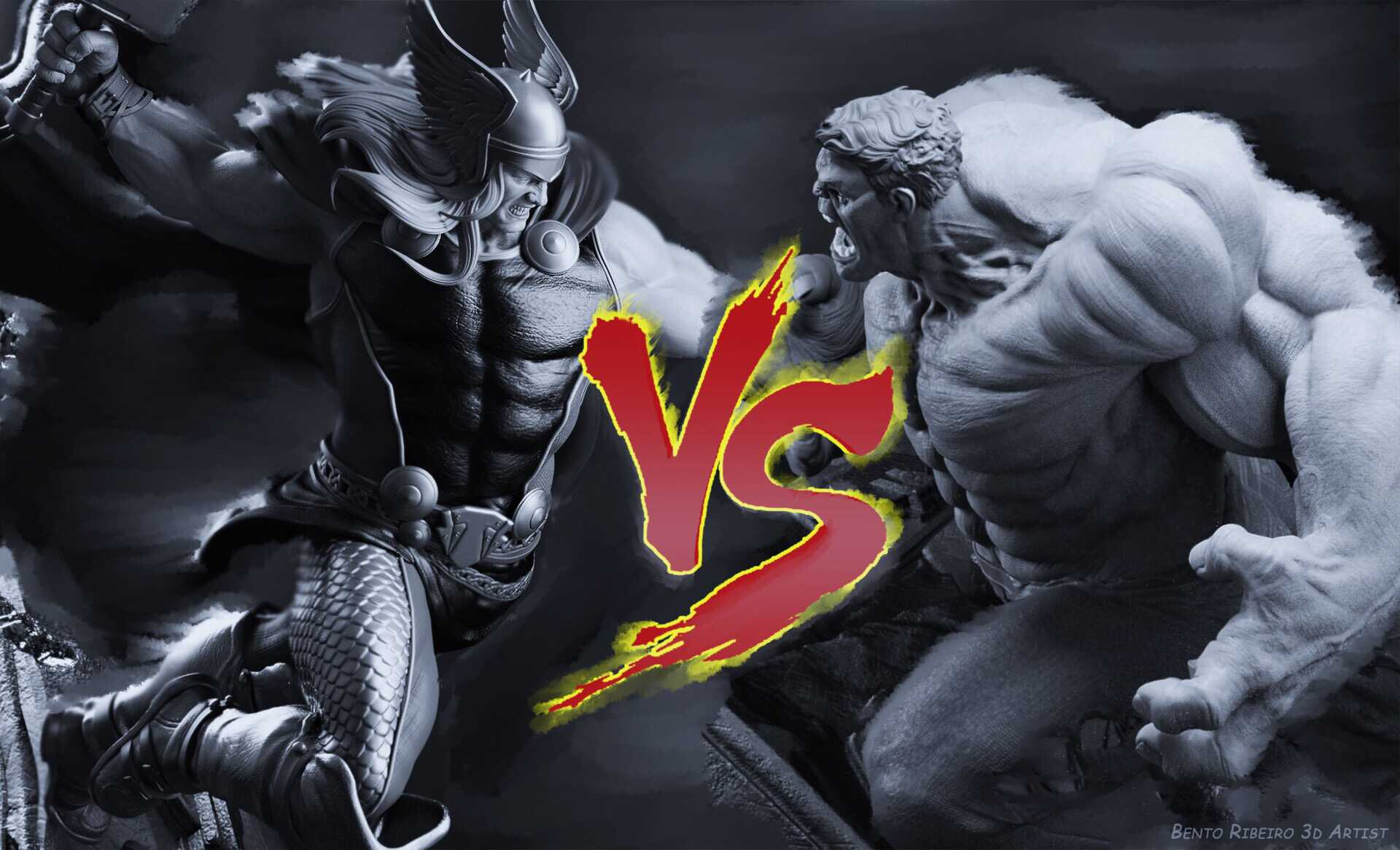 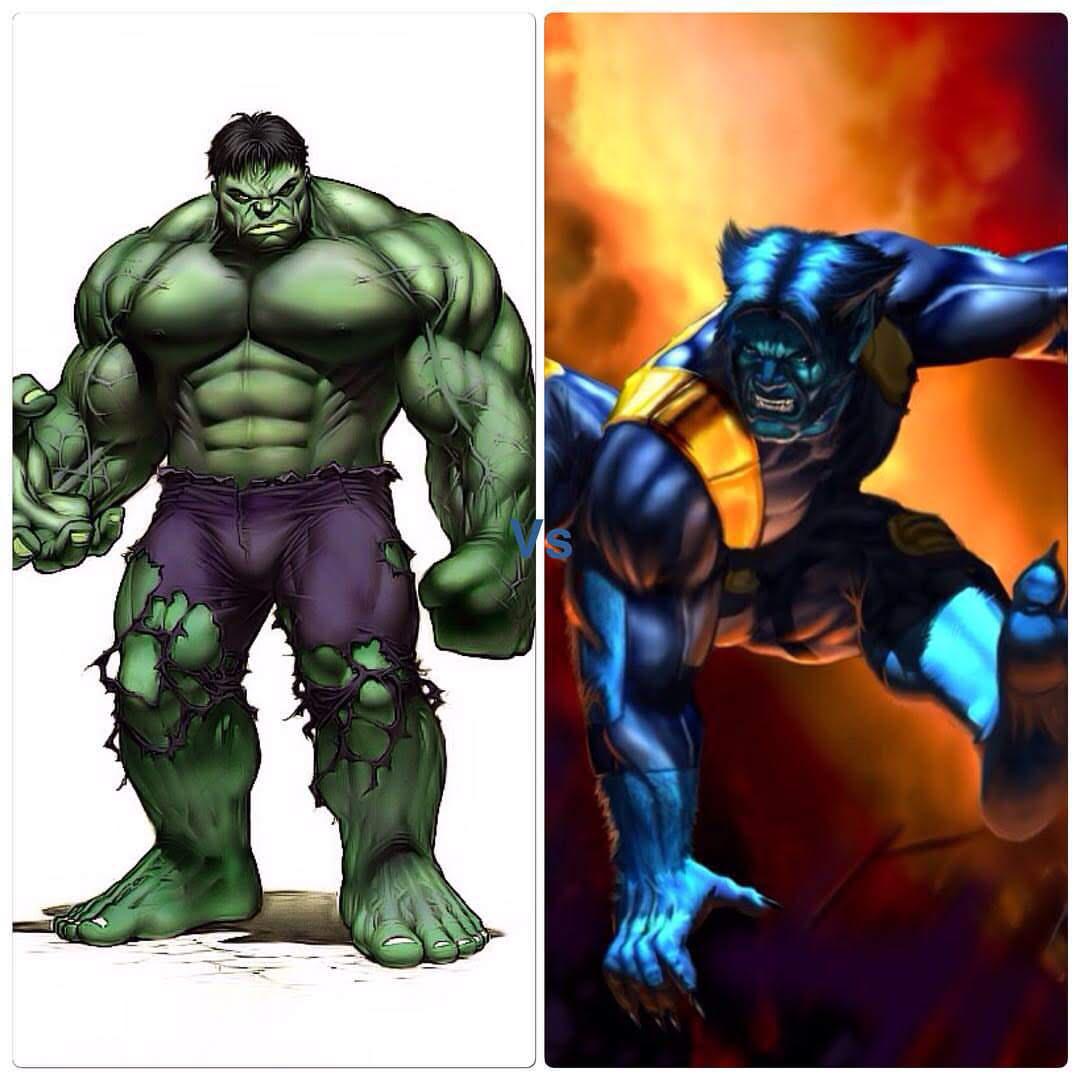 Its rather silly to debate over who is stronger physically between Thor and Hulk, since you can make arguments for both..........

maybe its just my knowledge from the comic i have read but why is the hulk rarely/never in the team up comics. was it cause of what happened it the first avengers comic