What Marvel characters would be a good Iron Man, or your favorite version of Iron Man?

The Young Avengers are a team of young and extraordinary individuals, either with superpowers or a special skill. Their purpose was to continue on the legacy of their predecessors, who either trained, related to, or gave their blessing to the successor. The team faces their first threat and gain a new ally. 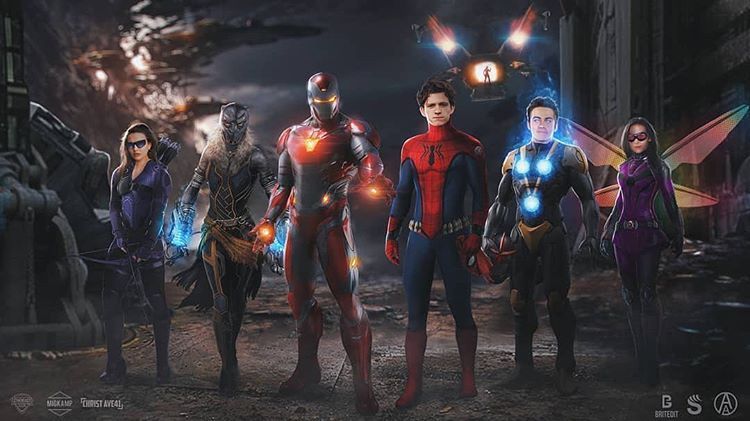 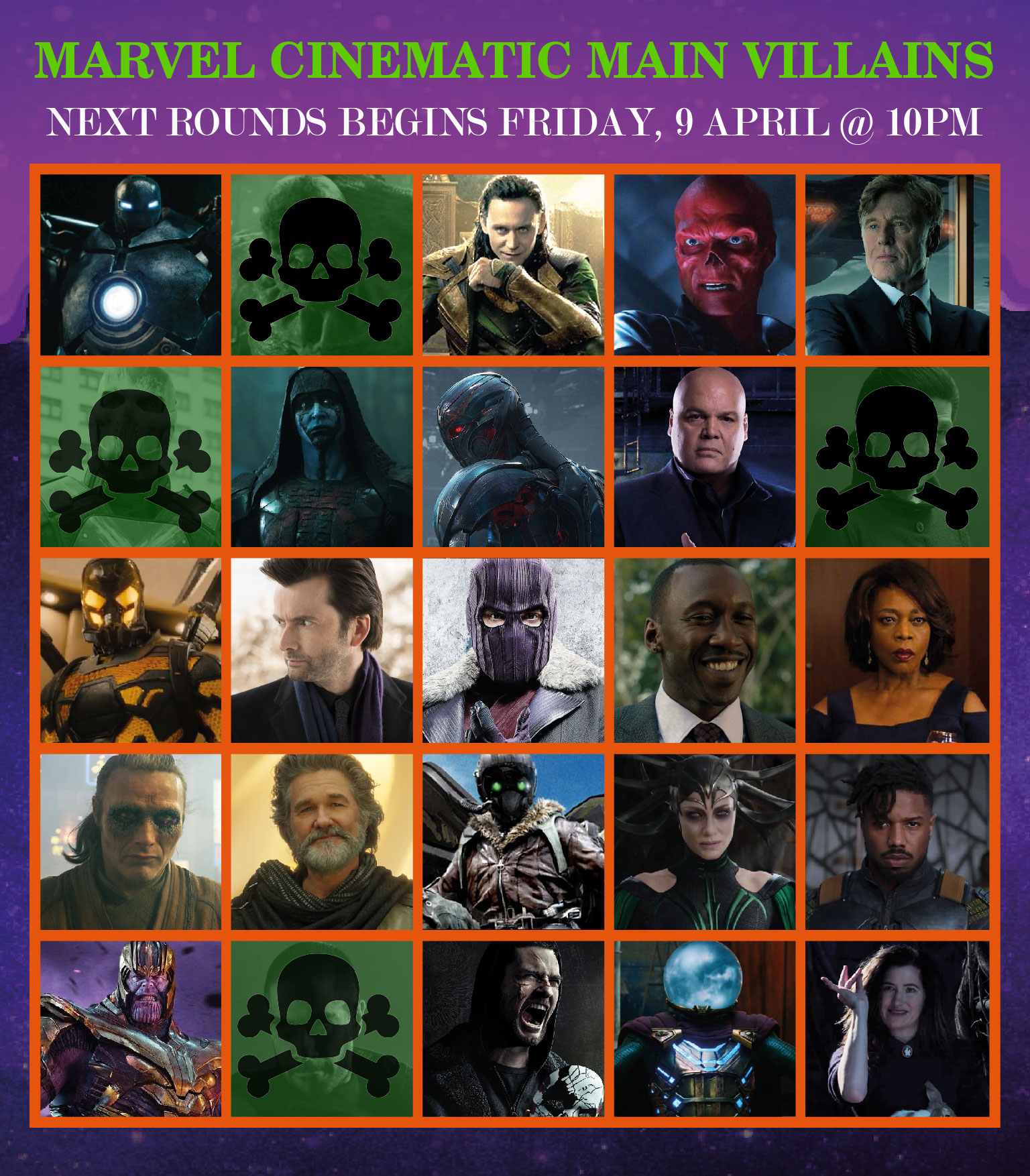 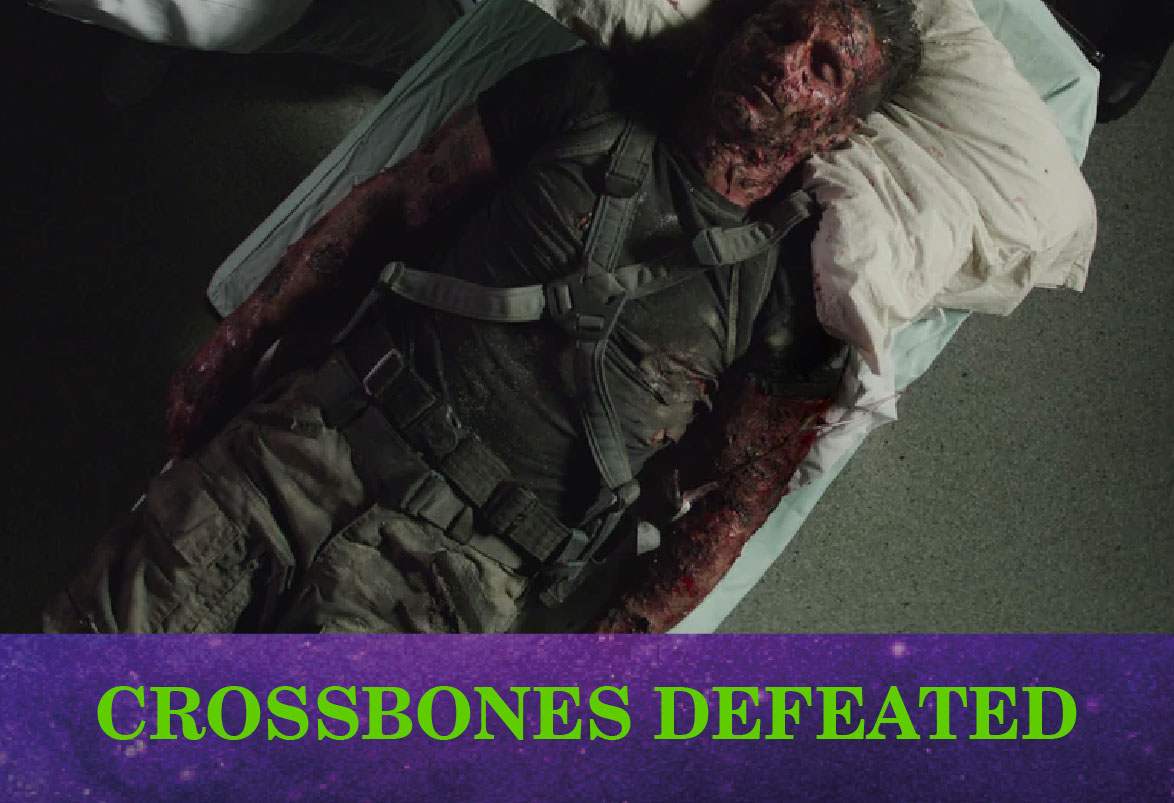 CROSSBONES ELIMINATED❌ MCU MAIN VILLAINS ELIMINATION CHALLENGE 💀⚠️ PLEASE WRITE CHARACTER NAMES YOU WANT ELIMINATED FROM THE COMPETITION AND ONLY THOSE POSTED BY THIS ACCOUNT. ALL OTHER COMMENTS AND LIKES WILL BE COUNTED AS VOTES. ⚠️

Brock is quite lucky when it come to survive from the destruction of SHELD Hellicarrier. He has a strong ahlete and skills where he manage to outsmart several targets on his way. But yet, he doesn't make it pass the 4th rounds as he unlucky got striked back by the voter's votes. He is soon carried away as he is quite done being running back the game. Which of these great cosmic, schemers and intelligent shall reign supreme as The Greatest MCU Villain Of All Time? Vote for your LEAST favorite in the comments below.

Come back Friday, 4/9 10 PM to find out who is eliminated and who will advance into the next round of the competition and who will be perished. 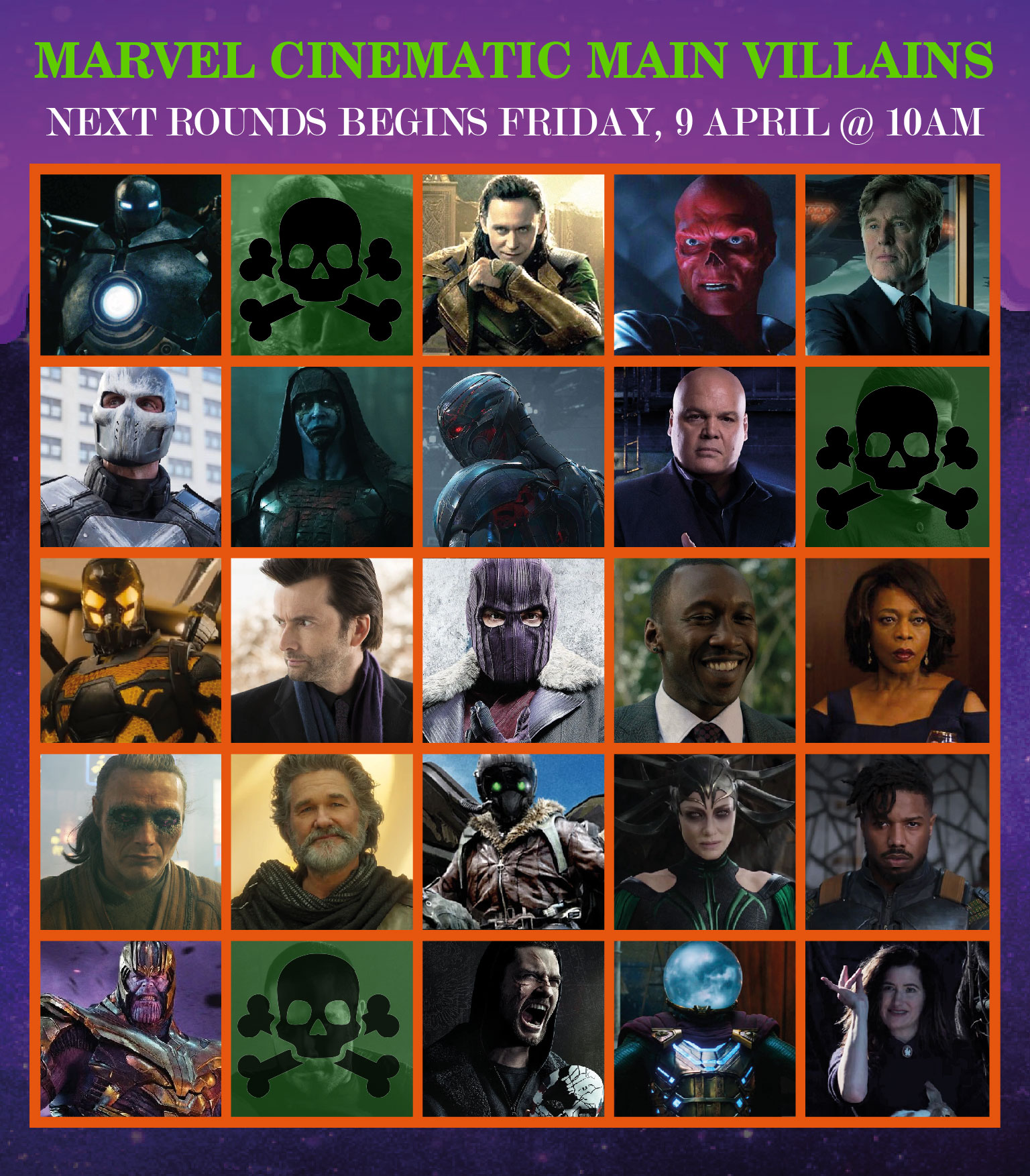 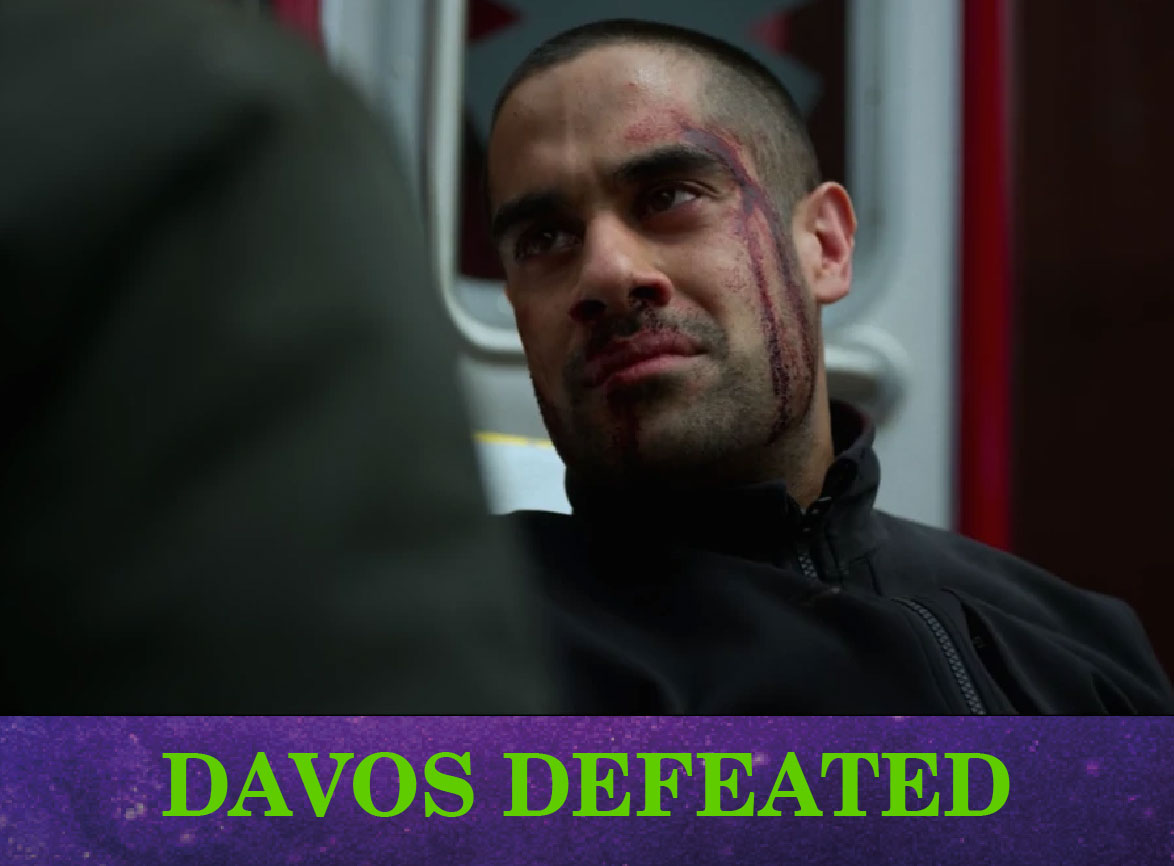 DAVOS ELIMINATED❌ MCU MAIN VILLAINS ELIMINATION CHALLENGE 💀⚠️ PLEASE WRITE CHARACTER NAMES YOU WANT ELIMINATED FROM THE COMPETITION AND ONLY THOSE POSTED BY THIS ACCOUNT. ALL OTHER COMMENTS AND LIKES WILL BE COUNTED AS VOTES. ⚠️

After three rounds, Davos was finally beaten out as the voters feel that he is unworhty to fight against all these superior, menaceful villains since he is too obsessed in trying with Kun-Lun chi. It is better for him to get banished to the Kun' Lun. Which of these great cosmic, schemers and intelligent shall reign supreme as The Greatest MCU Villain Of All Time? Vote for your LEAST favorite in the comments below.

Come back Friday, 4/9 10 AM to find out who is eliminated and who will advance into the next round of the competition and who will be perished.

THIS ROUND IS OVER, PLEASE CHECK THE LATEST POST TO VOTE.

It does not matter if in the comics or the MCU, I just want to see what characters some people enjoy. Recommendations too if you want.

Only been two episodes of Falcon and the Winter Soldier but kind always like US Agent. Would like US Agent get own miniseries on Disney+ or any future MCU project movies or shows? Along wanted to seem Battlestar as US Agent Partner. What you’re thoughts like seem more of US Agent in more appearances in MCU? 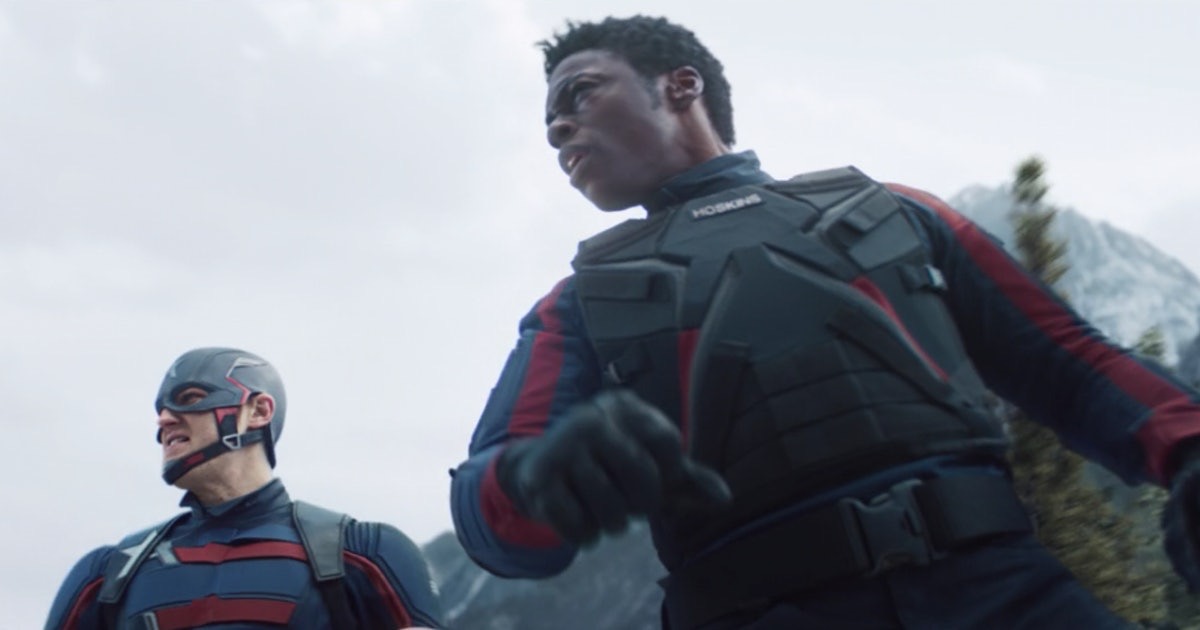 This was one of my first posts, and I thought that I'd post it here so more people could discuss stuff. Keep in mind this is an old post, so uhhh... forgive my old post insolence.

People, let me make this clear. I've had enough with people saying "CAPTAIN MARVEL IS THE STRONGEST AVENGER" . Think about it. In endgame, thanos punched her with one stone and she flew off like a comet. Stark was able to make thanos bleed even though he had FOUR infinity stones. Now, some people might make an argument in favor of Thor which is understandable. But in the start of Infinity war, we see him and loki and Hulk , all getting beat up by a thanos with just one stone. Thus im sure stark is the strongest avenger. I also think the reason he was able to snap his fingers so easily because in the "Avengers" movie he had made contact with the Mind stone without getting brainwashed. Maybe the stone , being sentient, lent him a fraction of its power which helped him to not burn to a crisp as soon as he touched all 6 of them.

EDITED NOW- Thor is the strongest avenger because he is a god. Iron man should be 2nd

Why ‘The Falcon and the Winter Soldier’ Is So Pointed About Race, Nationalism and the World TodayVariety

So I’ve been seeing a lot of hot takes about The Falcon and the Winter Soldier, and while agree that we should be mindful and critical of media, I feel like a lot of people at jumping in with hot takes out of the gate, when maybe they should wait at least a few episodes for things to unfold.

Since they first announced months ago that the character of John Walker (US Agent in the comics) was going to be in the series - something that I’m realizing that people might have missed or got the significance of - I got the feeling the series was going to address the military and nationalism in a critical way.

The character himself was created in the late 1980s by Mark Gruenwald to be a foil to Captain America “[someone] who embodied patriotism in a way that Captain America didn't—a patriotic villain.” It was even a plot point in 1987, the first time that Cap gave his mantle to Sam, that the government went against this request and chose Walker, a white conservative, because they wanted someone more “on brand” to be Captain America.

On top of this there are rumors (although after the Mephisto debacle who knows), that the series will also have the character of Isaiah Bradley and cover part of the Captain America miniseries Truth: Red, White & Black, which offers a very pointed examination of the US military’s exploitation of American-Americans. Again after the whole thing, who knows, but Carl Lumbly has been announced to play an unnamed role, and he would fit the description of Bradley.Finally we have the Flag-Smashers, who since the first blurb about them came out, I’ve seen people decrying Marvel for making “Antfa” the villains. Firstly, the final trailer dropped before the premier definitely gave the impression that the Flag Smashers are going to be more nuanced and sympathetic than previous trailers implied.

Marketing up to this point probably didn’t want to reveal the Walker!Cap spoiler and so focused more on the Flag Smashers. Secondly even in the comics, Flag-Smasher tends to be viewed even by Cap as at least somewhat sympathetic and valid in his anti-nationalist views, if extreme. if I had the guess, the Flag-Smashers will be the initial villain in the series, who Walker and Sam go after, only for us to find out Zemo is manipulating them in some way and Sam going up against Walker and Zemo; with the Flag-Smashers being a more sympathetic antagonist akin to Ghost in Ant-Man and the Wasp.

Look, criticism of militarism and propaganda in media is good, and I’m not even saying the show isn’t going to go in this direction, or handle the subject matter well. What I’m saying is read the room a bit and maybe wait a few episodes before you whip out the think posts and call it propaganda.

Earth-199999The Falcon and the Winter Soldier 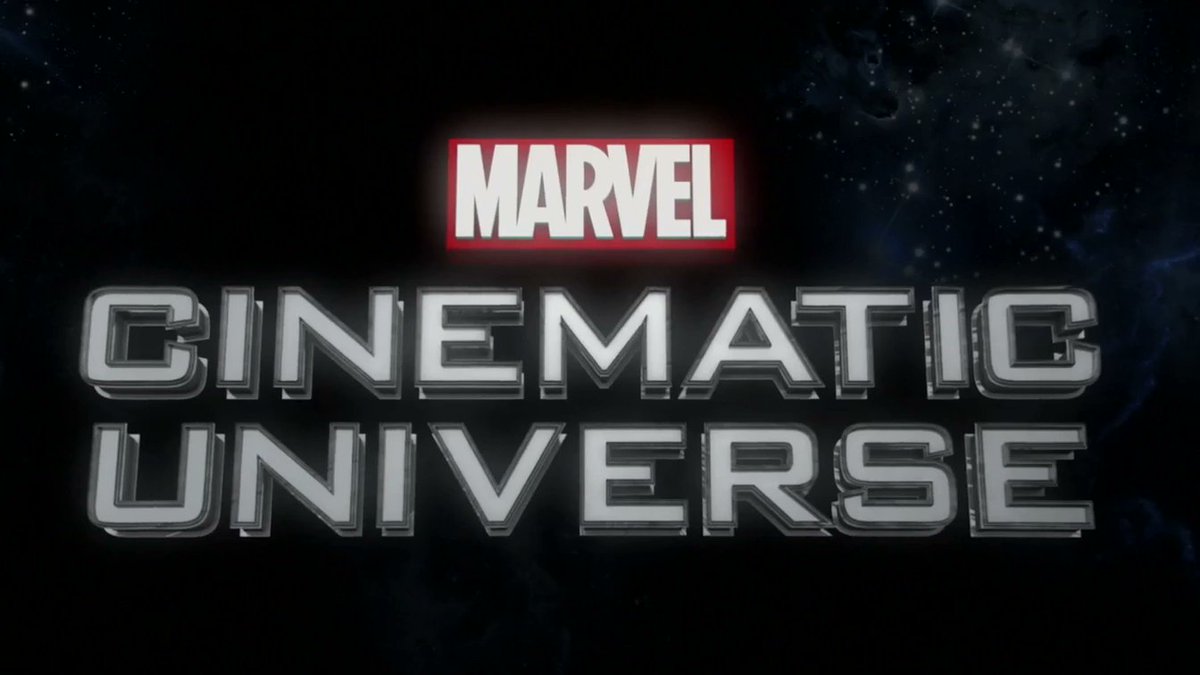 I've been thinking about this question for a while. Also, if you pick a movie or show, everything connected to that movie or show would also count.

I really don't like Thanos. Thanks to the last couple MCU movies, he's like the face of Marvel villainy, but I don't like him. I can't really pinpoint one reason that I don't like him. I just think that he's kind of annoying, his plans make no sense, and he can't hold a candle to some other villains, like Doctor Doom and Magneto.

What are some of the MOST ridiculous and INSANE easter eggs and facts that you have from the comics? Also, have we ever seen characters from the 616 interact with MCU counterparts? Have we ever had that in the comics? 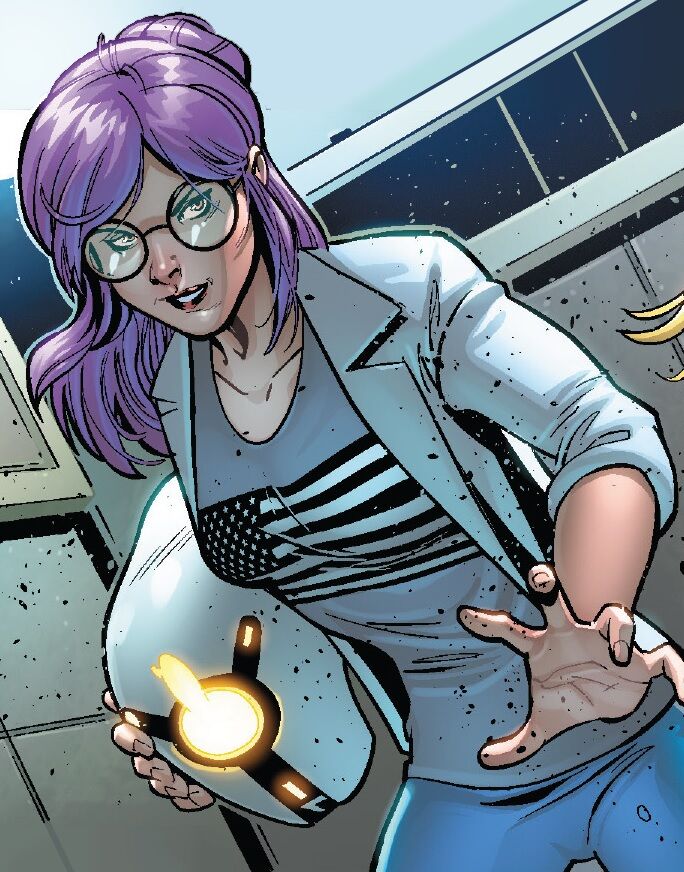 Who should play her? And do you think she could have a significant role in the MCU? Perhaps in Armor Wars or Ironheart? What do you think?

They are a pretty interesting team in the comics as well as media.

Their appearance in some multiversal event or even a cameo in DS2 is not completely out of the question.

We headed to phase 4 of Marvel Cinematic Universe. It fitted to here who are new members and who should lead the New Avengers. Created lists new members for next avengers. What you’re thoughts this choosing of this members? And how should join new avengers? 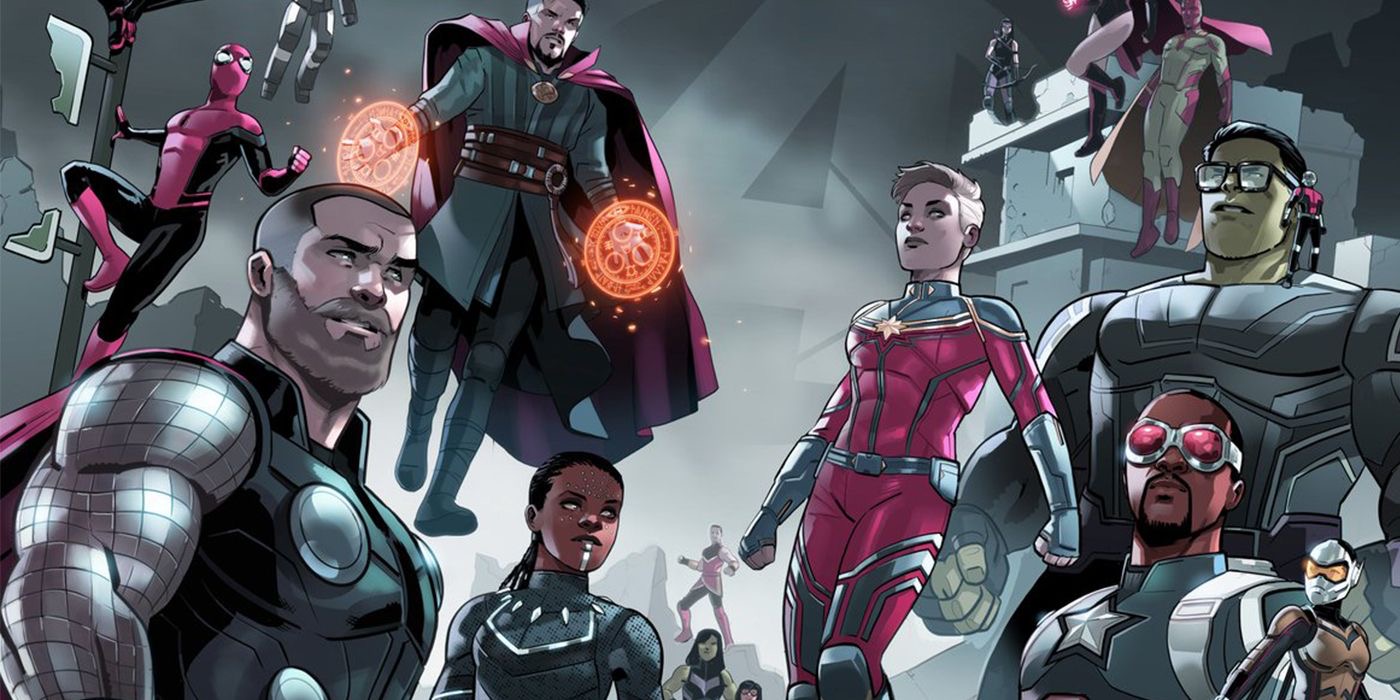 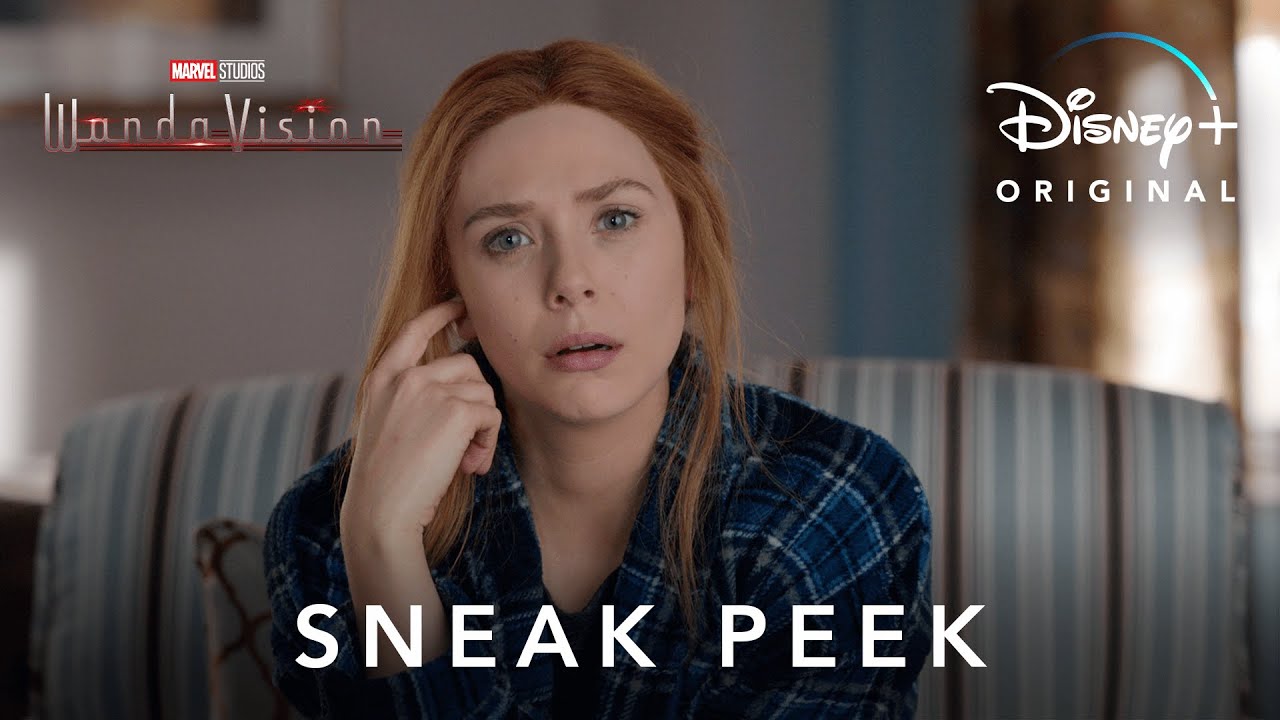 In my opinion, no. But I want to hear other people's thoughts on this.

The X-Men movies are a mixed bag of continuity, but they still hold SO much potential, especially after Logan. They could really benefit from exploring the characters they already have, their usage of experimental tones, the freedom of R-ratings, and more! Future films could integrate Dan Stevens' David Haller (the world of Legion certainly lends itself to merging universes like that), use Elliot Page's Kitty Pryde more, explain the fallout of Xavier's psychic seizure, and properly make Laura the new Wolverine. This franchise could really move forward in a greater direction than just starting over in the Marvel Cinematic Universe would do. I dunno, what do you guys think?

Idk if u guys have Woolworths in america or wherver u are, but in australia we have woolworths supermarkets. At one point they teamed up with marvel and made these:

Maybe we could encoprate some of these into their pages, in a power grid section?

Who would you all want to see casted as I’m the MCU version of X-men. just wanted to what others would like to see. let’s say this is the starting lineup

( you can putting multiple people if your undivided about the actors)