My name is Doormat and announce that I am making a Powerpoint based on all of MCU (Earth-199999) Iron Man's armors! I will show you the finished product once it's ready!

I cried my eyes out when Peter Parker, Spider Man, was vanishing away in Infinity War. Mantis, Drax, and Quill didn't have time to react to their deaths, while Peter stood there begging for his life. Also that extra detail of Tony reaching (trying to catch) the sand. 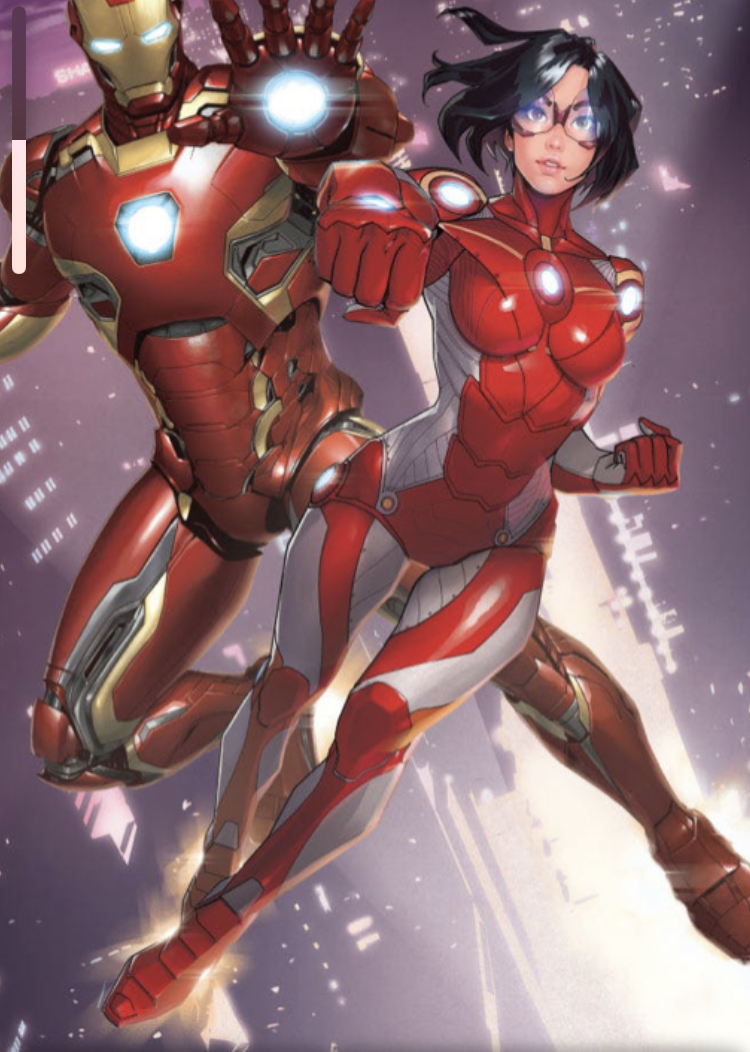 All of the Iron Man suits are battling for supremacy. Even the alternate universes have joined in. Which one shall win?

Pilot: Earth-199999 Tony Stark (so the alternate universe pilots like Stark Odinson for example don't have an unfair advantage)

Rules: No Teams, each suit stands alone. No escaping the city.

Mermaiden boarded a plane with Avangarda. When they all sat down, John Wall asked Claire:

"Alright, listen. I'll go straight to the point. We all have some sort of backstory. Redjacket and I are SHIELD agents, 3D-Woman is made of two girls and a pilot. How did you become the Mermaiden?"

"I was born like this. My mother, Jeanne was a lifeguard on Tahiti. One day she ran into the water to save the drowning person. Day as always. But then she was kidnapped by some sort of merman war prince. That was my father. He refused to return mom to the surface. Luckily, his sister, Estera, was really kind. She secretly came back to the island. That's when my mom became pregnant with me. Aunt Estera took care of us. She made this magical golden circlet to be able to live on land with us. However, she knew my father would come for us both. When he did, she fought him with various weapons made with water. Trident against trident, sword cutting through skin with incredible speed and shield for protection. She had an upper hand. She eventually killed him piercing his head inside out. She came back to the ocean to take over the reign and make sure the people of the sea won't bother us. Aunt gave my mother her headpiece for safekeeping and left. My mom gave it to me when I was old enough as Estera wanted. So, that's it. This is my first job as a big league hero."

"We aren't neccessarily big leaguers." said John. "But what matters is that we are not alone in this fight."

After the team arrived in Dubai, they were picked by the flying limousine. As they were flying over the skyscrapers, Maria and Sara were taking photos. They arrived at the tall building with golden glass panes.

"That's where that guy live? Whoever this is, they must be rich." said Claire in awe. They landed on a platform. Gabe told the women to put on something to cover their hair and John suggested using the codenames. Claire made golden scarf for herself with water and the twins transformed into 3D-Woman. They were welcomed by a fat Arabian with long black beard and a formal suit.

"Ah, Redjacket. Welcome back. How are your parents? Was the travel nice?" he began to say.

"Yes. Abdul, I am happy to see you too. My family is well, how about yours?" after (not so) small talk, consistent with Middle Eastern tradition, Gabe said "We don't have much time. This is John Wall, 3D-Woman and Mermaiden. Avangarda, meet Abdul Nasrallah, emir of Dubai. We need to speak with Golden Vizier."

"I know." said Abdul seriously. He lead Avangarda inside. They all saw a vault with two Iron Man suits. One was looking like Iron Man Armor Model 8 . However, it had white body, forearms and boots with golden face, arms and thighs. It also had red eyes and triangle on the chest. The other one looked more familiar.

"Indeed, it is. I bought it from Stark Museum 10 years ago. It was the first equipment of Golden Vizier." said Nasrallah. "I showed it on Expo as soon as I purchased it. But we were attacked by terrorists. Luckily, somebody used that Armor to save us. That was the first appearance of our gold-plated hero. Over the years, his armor was upgraded by himself. The second one was based on Silver Centurion but the whole amount of these armors is top secret."

Abdul used biometric scan to open a secret room. He let Avangarda in there. "Now, you are all going to meet Golden Vizier face to face. Not many people had these privelege. I hope it is worth it. Omar!" he said. The young man with a short cut and a moustache walked to them. Abdul introduced each member of the team to him. "This is Avangarda. They need your help with Anti-Ultron."

"I am twenty." said young Nasrallah. "And don't worry. I am the smartest man on Middle East. You won't be disappointed."

Suddenly, John Wall's phone called. He picked up. It was Henry Cash.

"Tank Hank? What do you want?"

"Your help, Wall. Anti-Ultron is attacking more countries. His sentinels attacked capitals of Venezuela and Brazil. S.H.I.E.L.D is trying to find a way to disable them. We hope you can help us."

"Alright, Golden Vizier. You're in. Now, let's hope you can help us hack something."

"Hack is my second name, Agent." he said. He took a white and gold suitcase and put on another Armor. It had same color scheme as the second one but looked like a fusion between Silver Centurion and Extremis Armor. "Let's go."

Hi, I need your help. I know there are so many Iron Men teams in Prime Marvel Universe. I know about Alpha Team, Iron Rangers and a team with black and yellow suits. I don't know the name of that last one. In fact, I don't know many names of those teams.

Did I get it right? If not, can you help? And what other teams are out there?

Johnny Blaze is Ghost Rider and he has standard equipment. No Penance Stare.

In Endgame Iron Man used Mark 85 armor and in Infinity War - Mark 50. What happened with other armors though? Do you think he recreated the Iron Legion from Iron Man 3 or not? What are your thoughts?

If you had the chance to use one of Tony Stark's past Iron Man suits from the Marvel universe as your own, which suit would you choose? (This goes for any Marvel universe or timeline that we have seen him in) 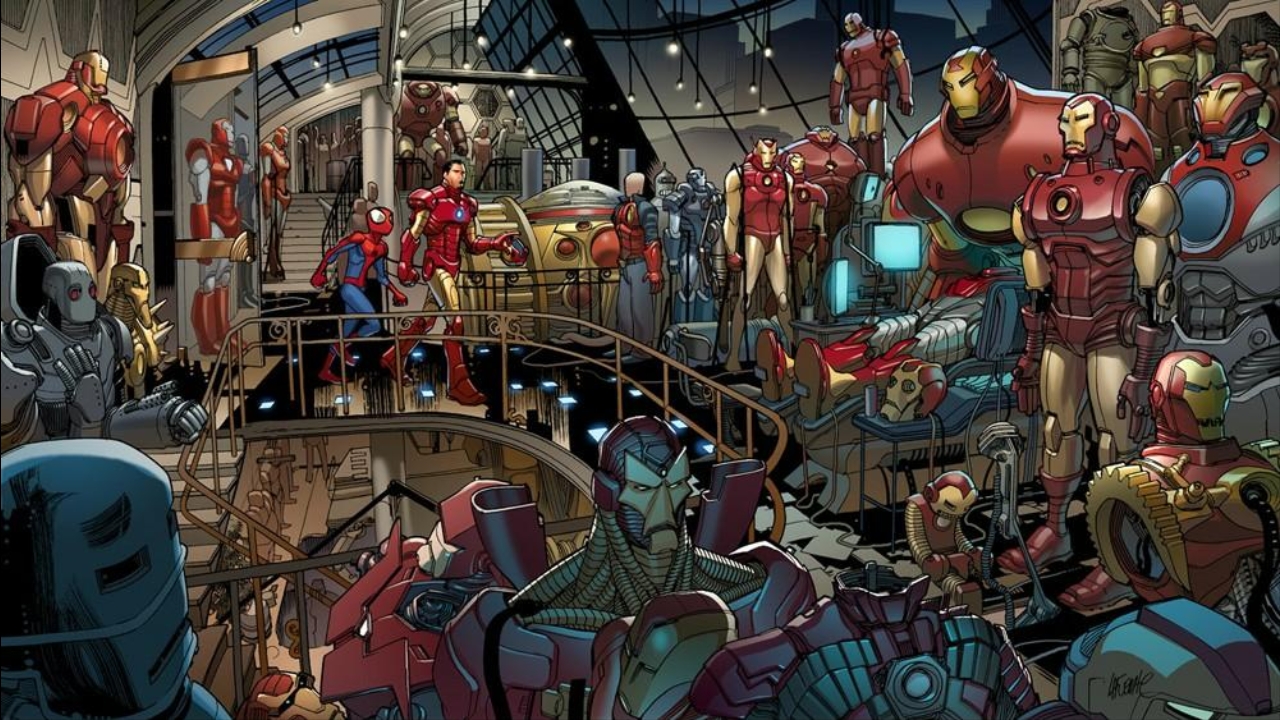