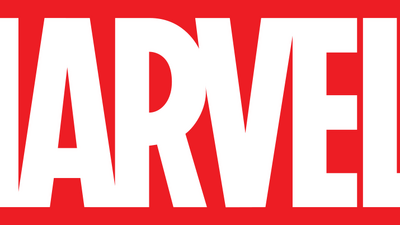 Marvel Comics is a comic book publishing house known for creating notable super heroes such as Spider-Man, Iron Man, Captain America, Hulk, Thor, the Avengers, the Guardians of the Galaxy, the X-Men, the Fantastic Four, and Deadpool. Marvel's most well-known villains include the Green Goblin...

I recently created a discord for all marvel and agents of shield fans. It’s currently at 193 members, but it would be great if more people could join!

I have a question…how do the owners or editors of the Marvel Wiki create the power grids? Do they use Google Docs or Microsoft Word, or something? I’m curious.

What are some retconned (or forgotten) powers and/or weaknesses of your favorite Marvel characters you think they should bring back?

I think that Thor should once again, have the ability to time travel, if he spins his hammer fast enough. 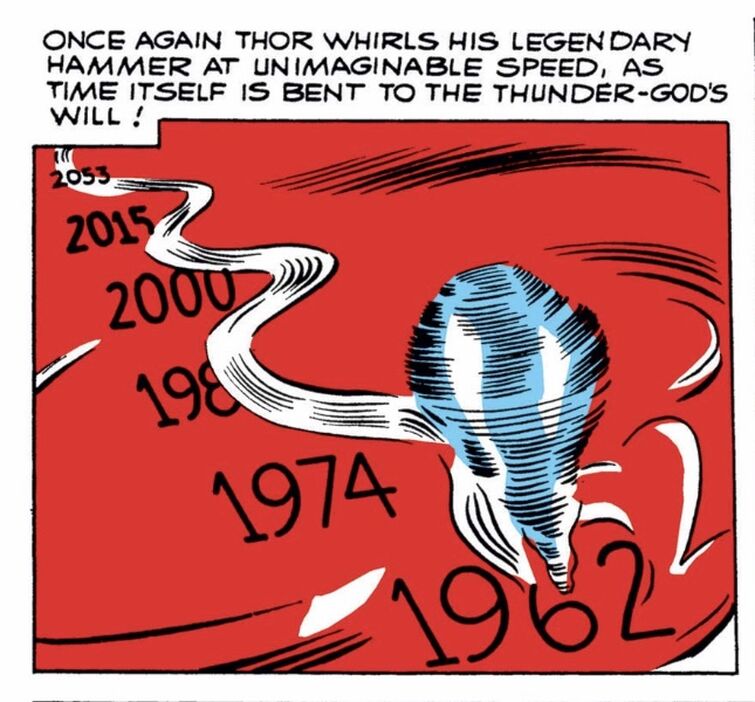 Has anyone ever stopped and thought about how much work and thought it takes for the marvel community to come up with new ideas and plots for shows and movies?

i mean think about the new loki show for example, who comes up with the tva and the variants? so much work has to be put into thinking up new scenarios for episodes. the tva was created by some brilliant minds who came up with such startling scenarios that they’ve created the time keepers and more.

and now new movies about the backstories of the avengers?

think about it, stan lee created the avengers out of purely his imagination. people added their own takes on his stories and made movies upon movies. he was in most of them with a little scene where he was some character, which was awesome.

isn’t it amazing? what do you think? comment your thoughts. 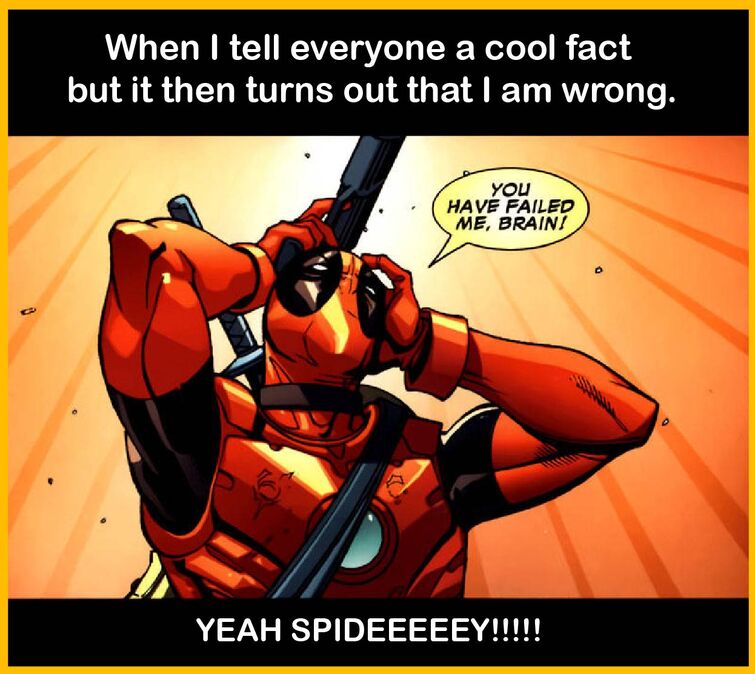 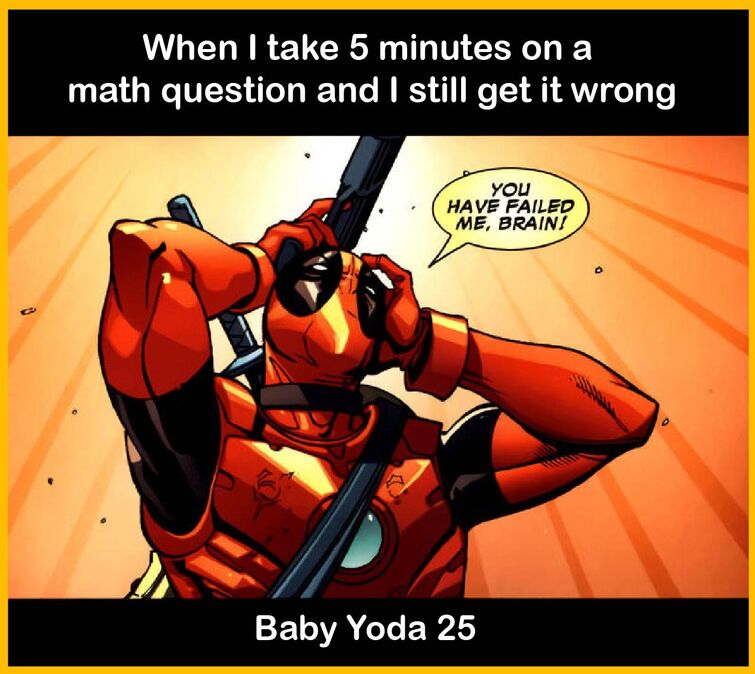 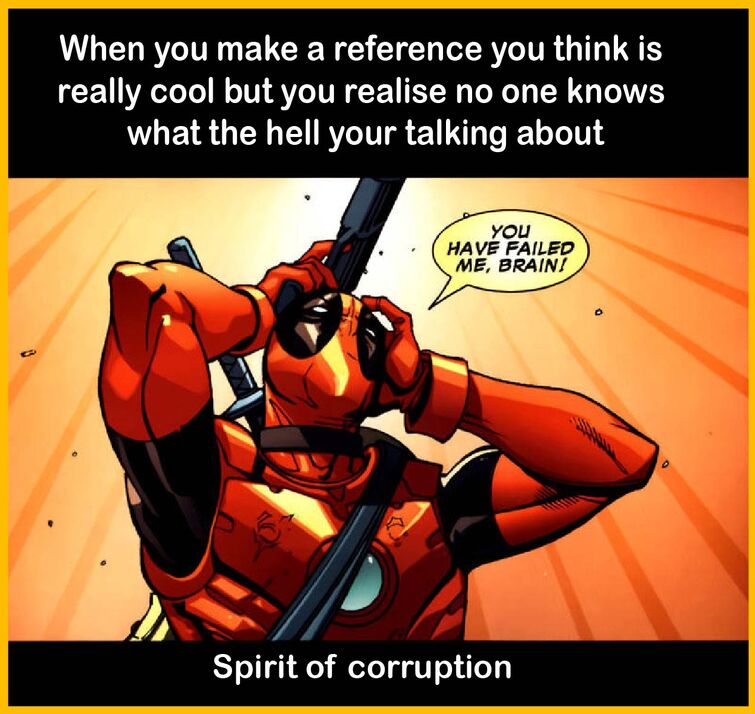 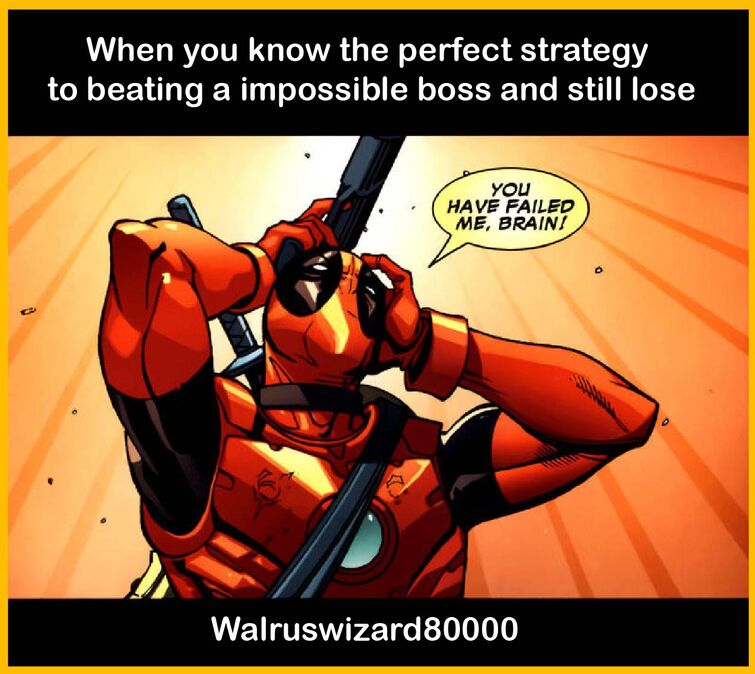 Zoom in to check all the winners!

Show me the worst costumes of Marvel characters and let's figure out which is THE worst. 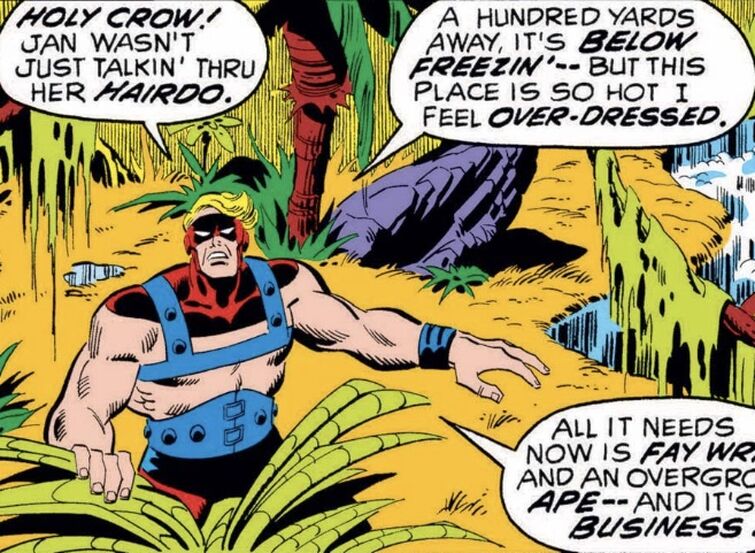 Just imagine the tan line he'd get from that...

Does anyone feel that X-Men: Evolution should've been aired on Fox Kids instead of Kids' WB like X-Men: The Animated Series (1992-1997)?

The reason that I'm asking this is because X-Men: The Animated Series was aired on Fox Kids. It was originally aired on there for 5 seasons in 1992-1997.

Another reason is that the very first live-action film based on the franchise was released by Fox in Summer 2000.

Also, the video games Mutant Academy and Mutant Wars were released the same year to coincide WITH the film.

Disney bought Marvel back in 2009 giving them the rights to franchises such as this, Spider-Man, Iron Man, Incredible Hulk, Avengers, Fantastic Four, Captain America, and Guardians of the Galaxy.

They just recently bought Fox 2 years back in 2019 and they now own the rights to The Simpsons, Dr. Dolittle (with Eddie Murphy), Planet of the Apes, Rookie of the Year, Rio, Anastasia, Ice Age, Never Been Kissed, and Ever After: A Cinderella Story. Plus both X-Men: The Animated Series and Evolution are both available for streaming on Disney+.

So, I was thinking that since X-Men: The Animated Series was aired on Fox Kids during its original run, that the same should've been done for the Evolution series. Don't get me wrong. I've enjoyed watching Kids' WB and most of the series that aired on it during my childhood, but this is just how I feel.

Now, I understand that both these series and first live-action film based on it were all released a long, long, time ago but I'd just like to know,.......does you feel that X-Men: Evolution should've been aired on Fox Kids instead of Kids' WB like the original animated Series that ran from 1992-1997?

Please let me know in the comments section down below so that my question will be answered.

I want to start reading marvel comics, can someone tell me where to start. 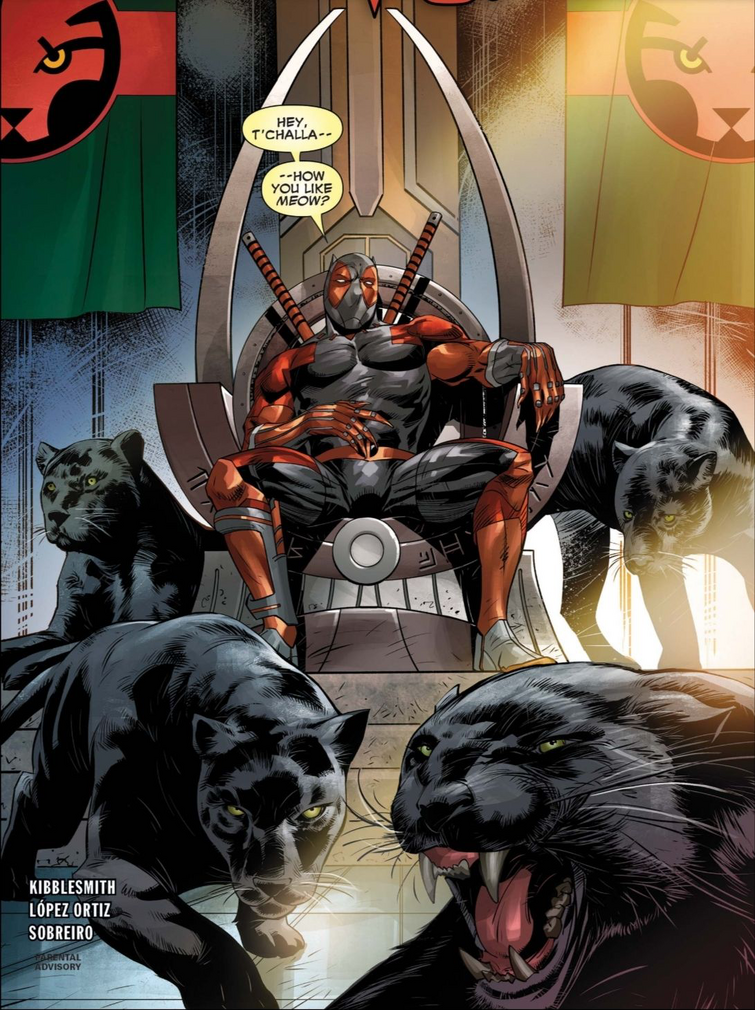 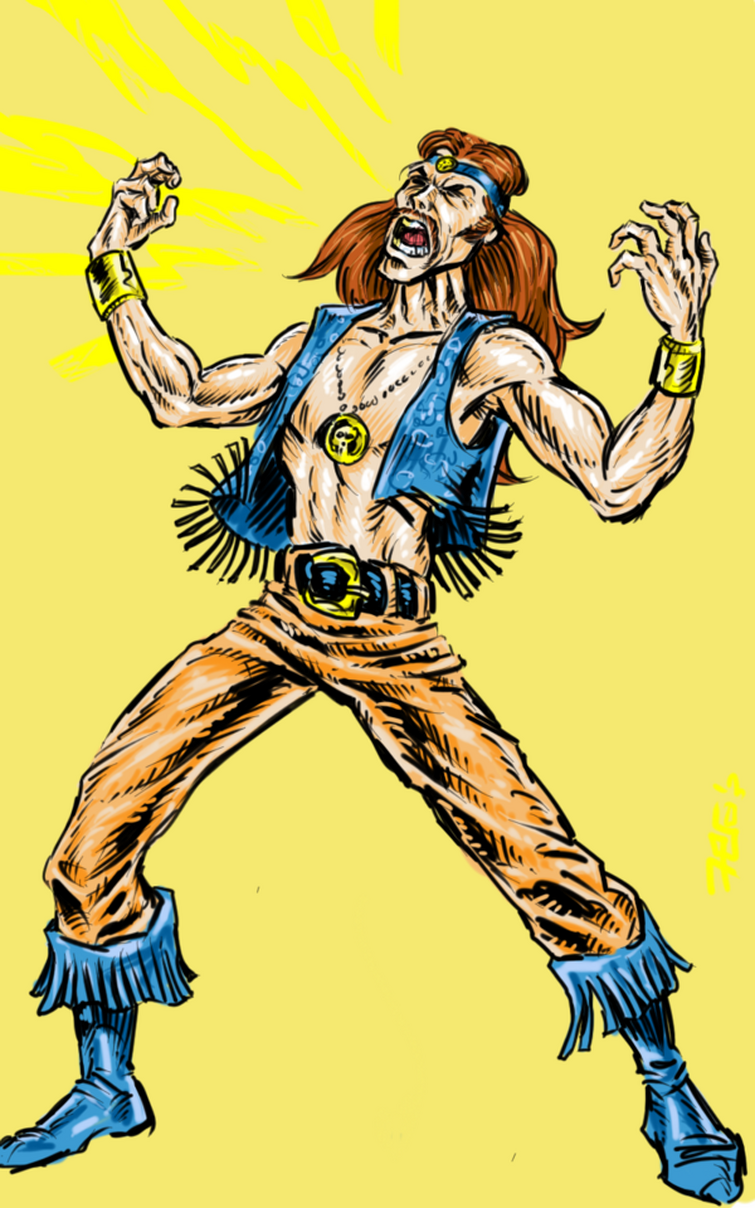 Okay so something very odd is going on this few days ago and its some marvel characters no longer having Wikipedia page anymore and its odd?

Like remember angar the screamer yeah he is also planning to appear on MODOK and when i checked his Wikipedia page was gone? just recently which was weird like why would someone do that?

But it's not him only i think its more

Like i think poundcakes had a Wikipedia page i believe? im not sure

But doctor sun he had his very own Wikipedia but now its just like gone?

So yeah can someone just like bring them back

And if there are more that had there Wikipedia pages deleted let us know and also bring it back as well too.

Let me know how and why in the comments! I think this is a good match up.

Helllooo I’m just starting to dive into the world of comics, I’m currently reading Harley Quinn: Breaking Glass and I was wondering if anyone had any recommendations of comics similar to it - both DC or Marvel! Thank you in advance for you help!! Xx

So recently I've been watching ComicsExplained on YouTube and learning about the X-Men and it seems like to me that the X-Men have a huge mythos and landscape within Marvel comics when it comes to the different groups of people and enemies that they have fought and worked with over the years, the classifications and items that have been used through out the comics, the huge variety of X-Men and mutants within the comics, and the variety of stories and plots that have been told. One of the things that I have been thinking about recently is which Marvel superhero and which Marvel team have the biggest mythos and landscape with the comics and I was wondering if anyone can give me a good idea or some what of a definitive answer on this question.

Congratulations to this week’s five winners of the caption contest: Lagvaldemag·Bonzaiguy,IceMoh,Dare00Devil·PoolDeadpool2· 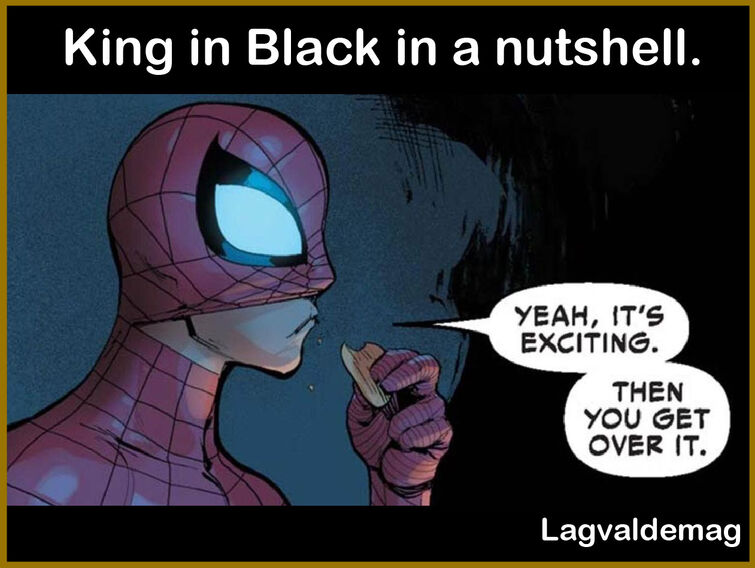 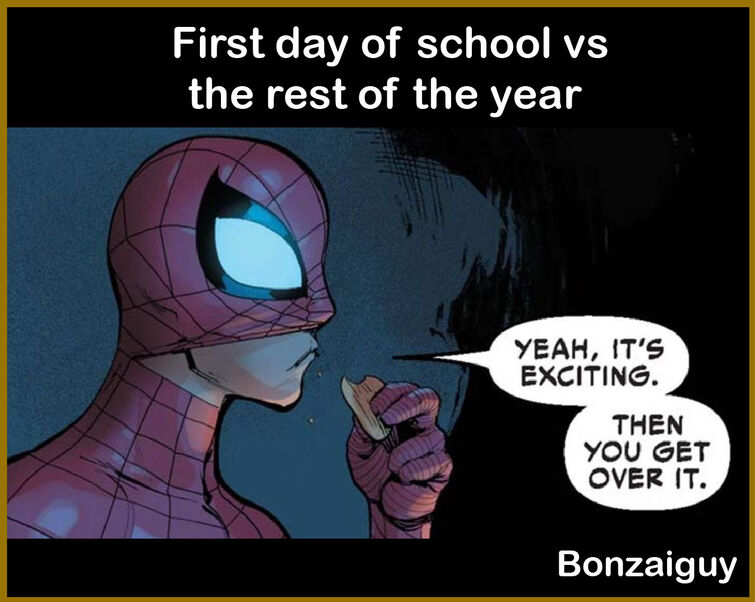 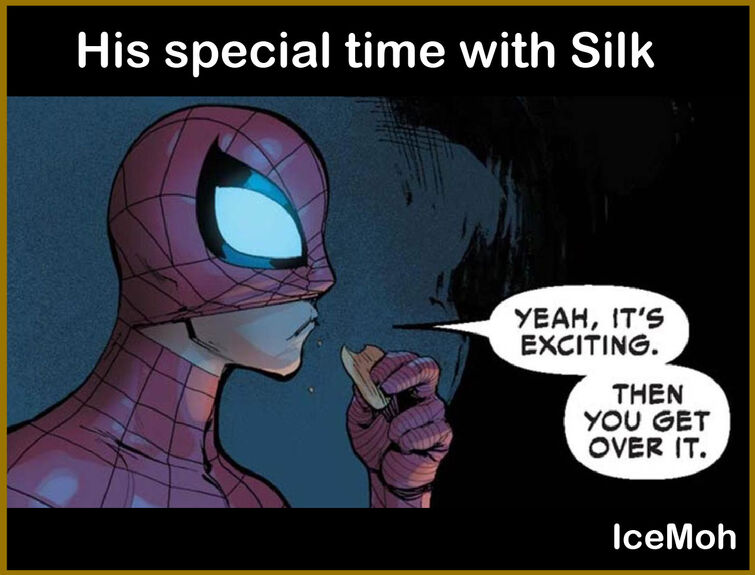 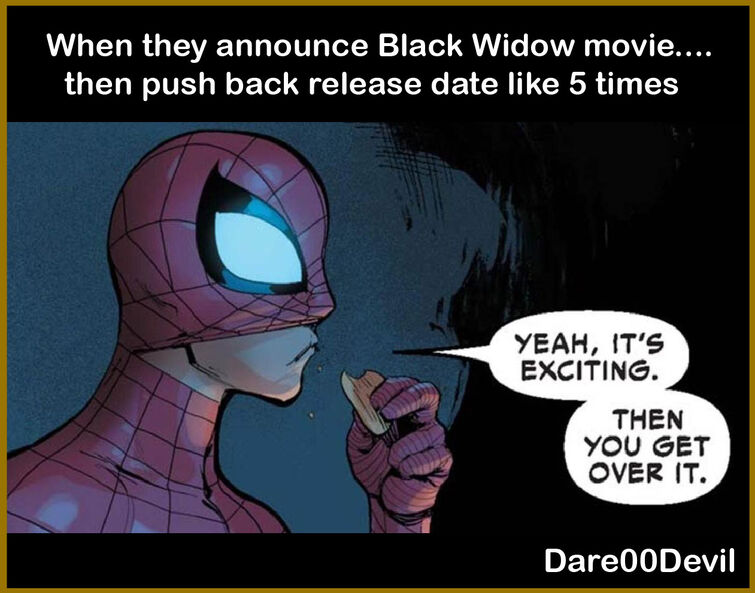 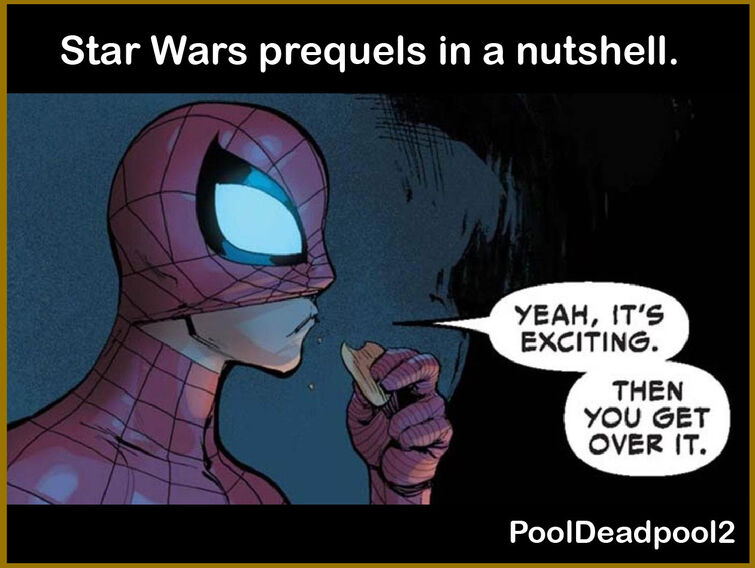 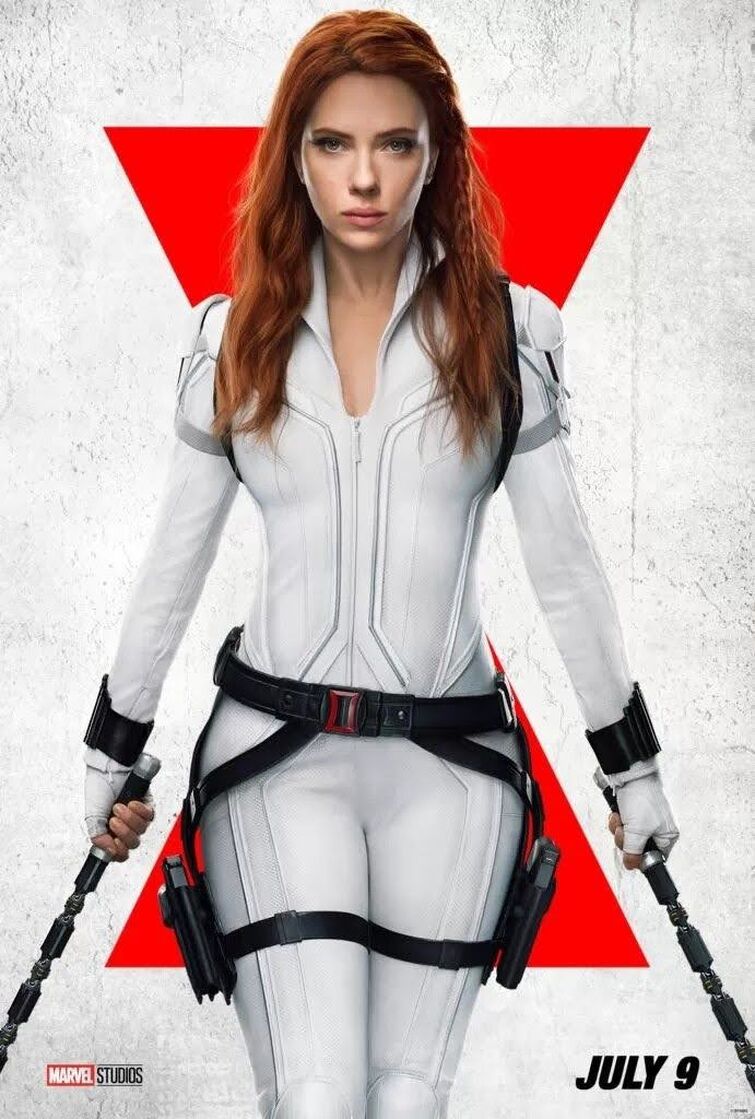 Congratulations to this week’s five winners of the caption contest:PoolDeadpool2·Dr Osterman 86·TheBookGirlNamedLuna·Crazylocotaco11·Bonzaiguy 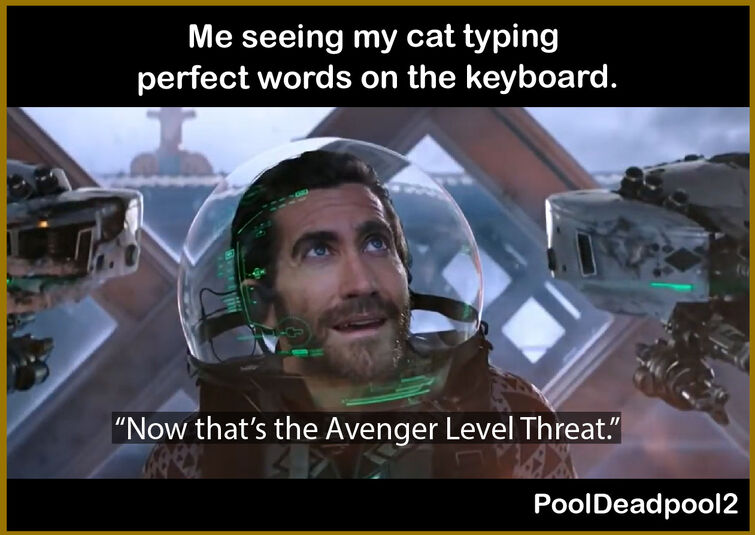 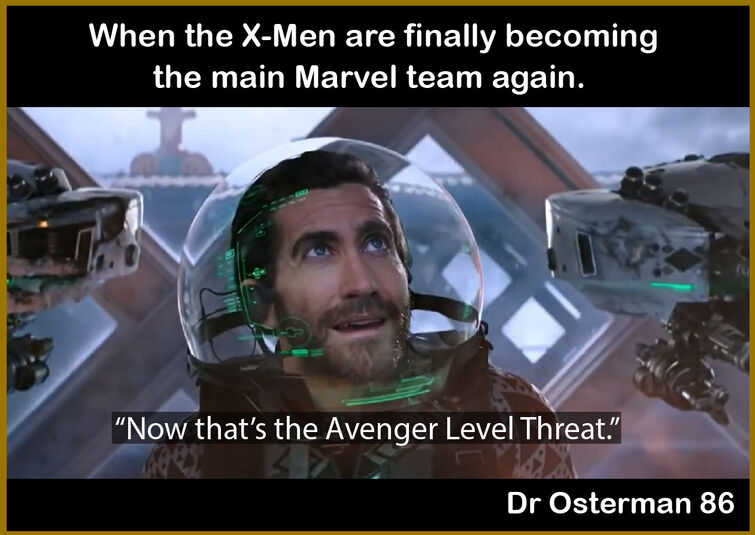 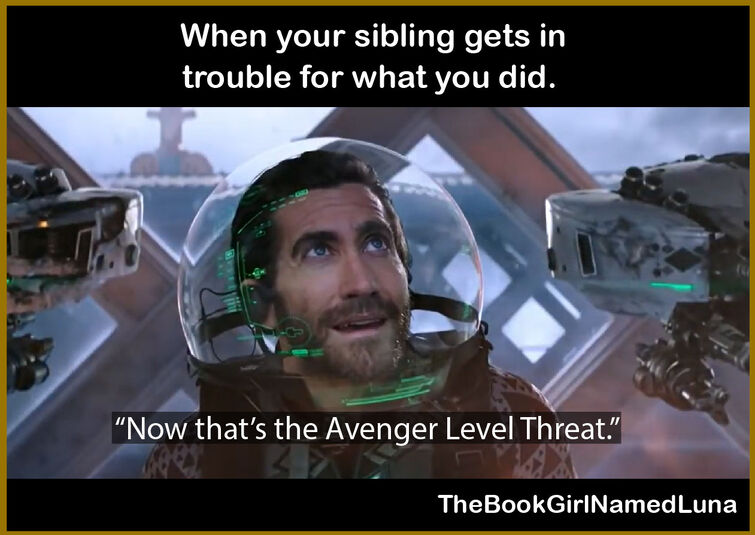 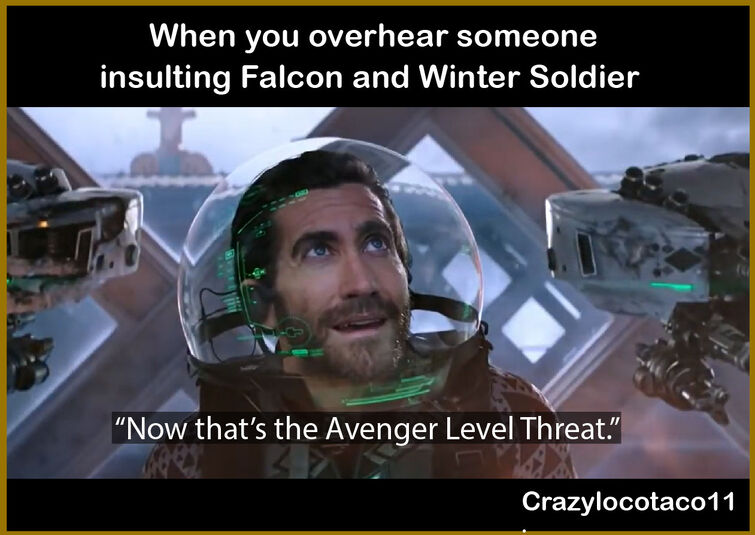 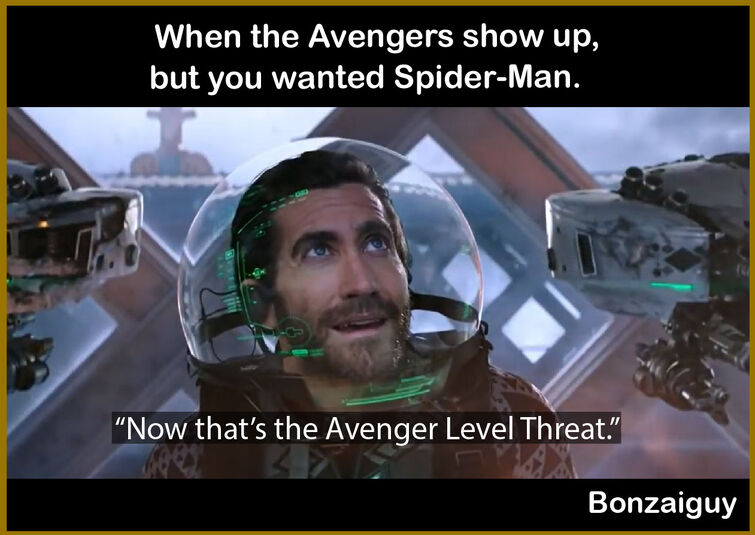 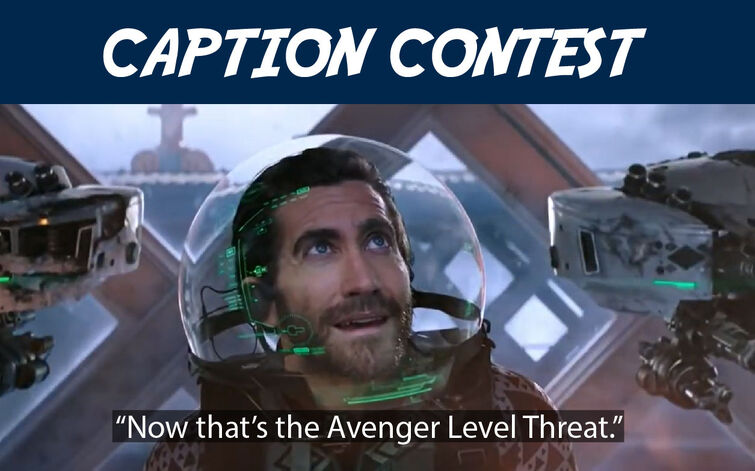 ✨Caption this amazing Marvel moment in the comments section. The best five winners will receive a shout out this Friday. Good luck!✨ 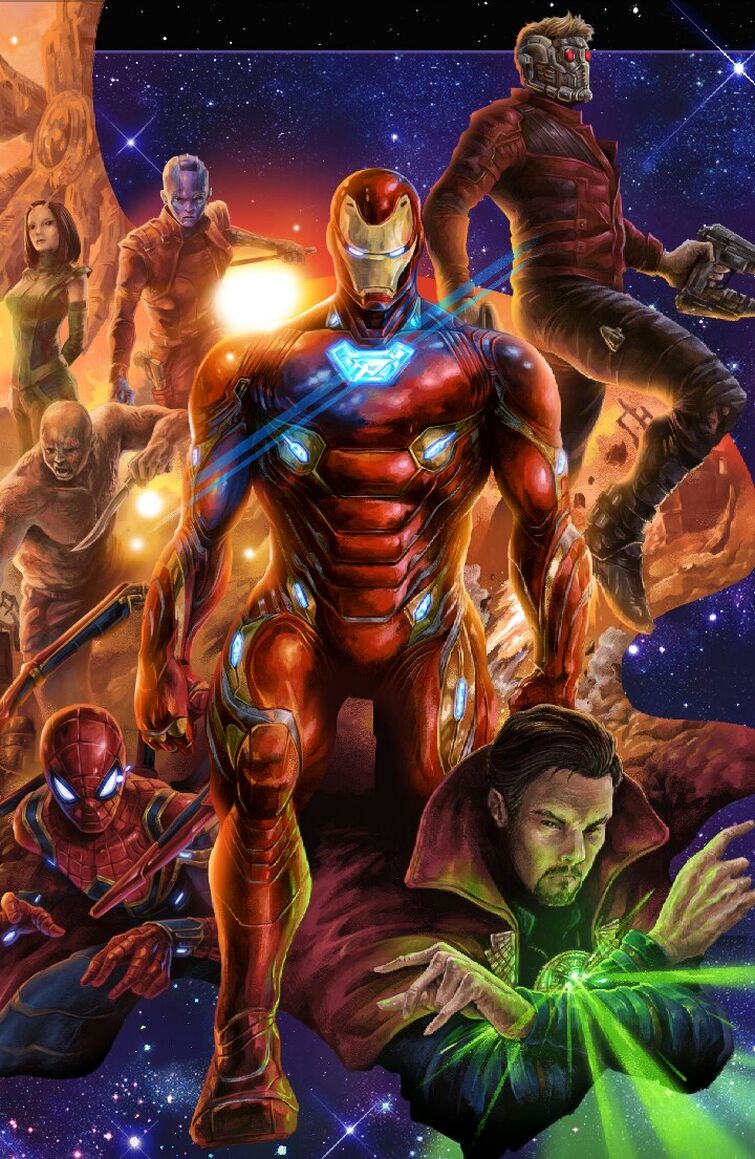 If Marvel properties are featured in Disney theme parks as lands and attractions (after Universal, etc.). Would that be a chance for Disney to create its own fully Marvel-themed park?

(edited by 763492 is back)
Marvel ComicsMarvel Database