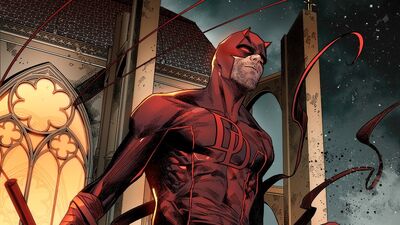 This is an abridged version of Matthew Murdock's history. For a complete history see Matthew Murdock's Expanded History Daredevil's life is a mix of joy and tragedy. The story of Matt Murdock began with his father. Jonathan "Battling Jack" Murdock raised his sons, Matt and Mike alone, claiming... 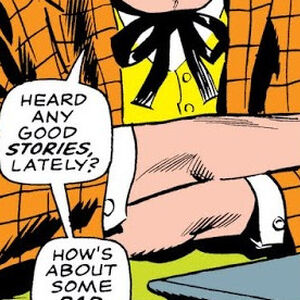 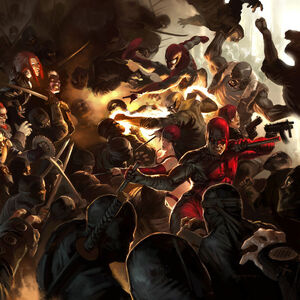 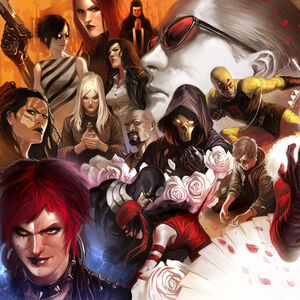 Equipment: No sais for Elektra. She gets Billy Clubs. So does Matt. 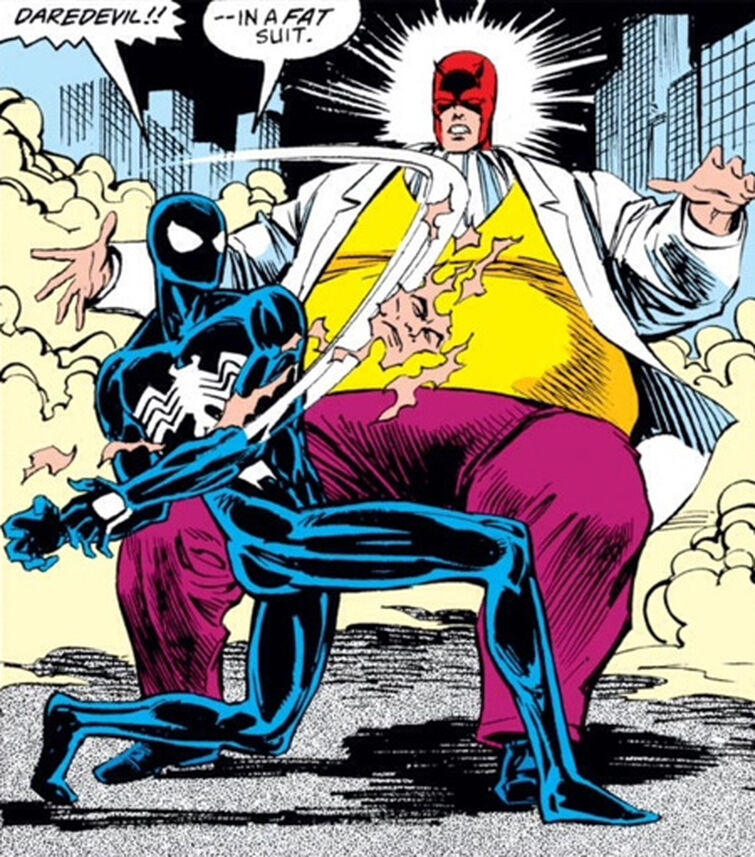 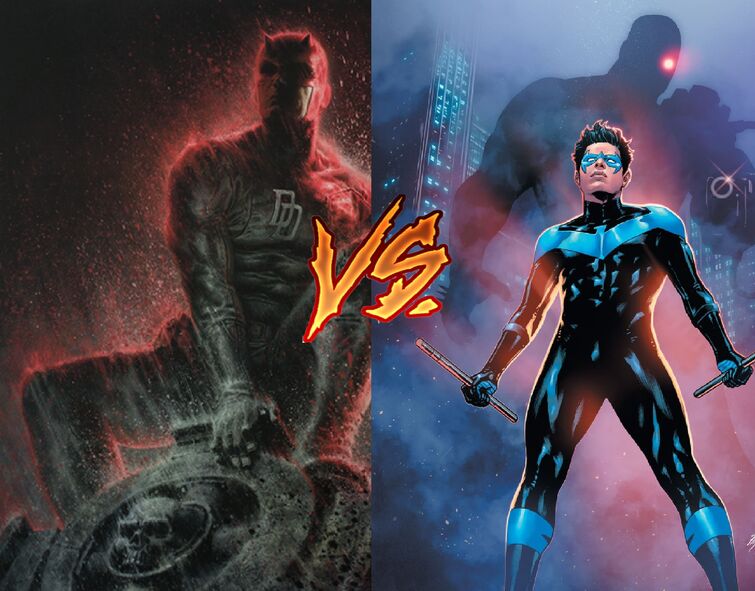 Daredevil. Trained fighter, temporary leader of the Hand, and blind superhero. Daredevil is a great hero and a skilled fighter. Part of the reason I use his name in my username. The point of this series is: how would Daredevil fare against other heroes and villains that he doesn't regularly fight, across media? Mainly I'll be doing them from DC, but you will also see some Marvel and some Image if possible.

The third match of this series is Daredevil vs:

If you need to, look up Nightwing on the DC Database to read up on his abilities and better assess this battle.

Equipment: Standard (by that I mean batons/billy clubs) 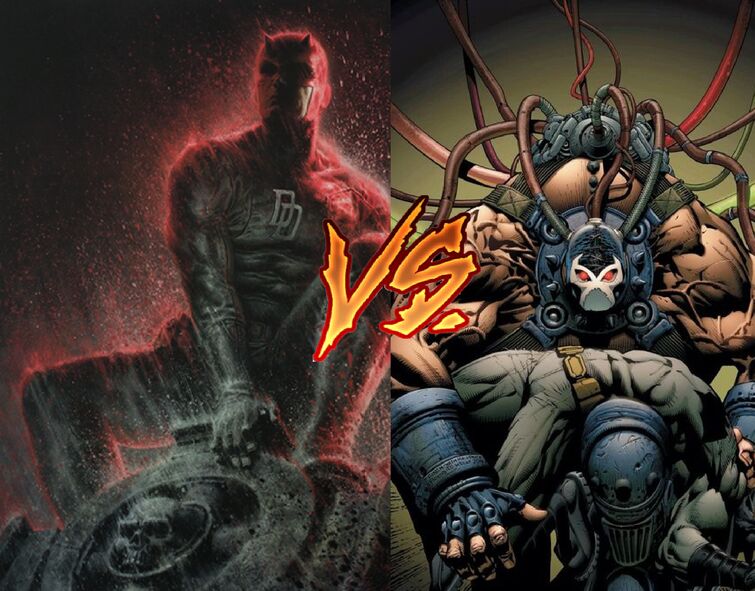 Second post of the series! I introduced this series a couple of days ago. The matchup was Lady Shiva and DD. Overall (meaning the 3 people who gave their opinion) Daredevil was decided the winner of the matchup, mainly due to his powers.

This matchup might prove more of a challenge (and no, before you ask I won't only be doing DC characters). Daredevil would need to be a bit more tactical in this battle.

For the second match, we have Daredevil vs:

If you need more info on Bane's abilities (with and without Venom) then by all means do a bit of research on the DC Database to better assess this battle. 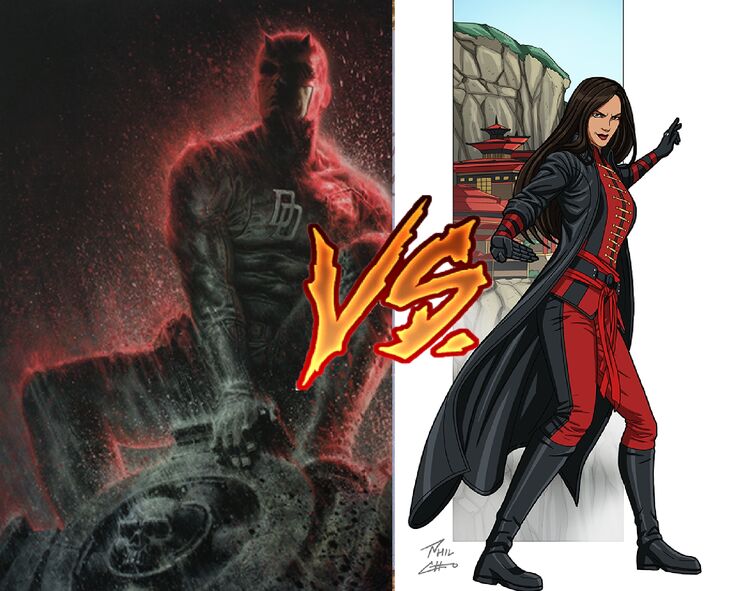 Hey fam! In this new series I'll be paying tribute to my patron hero: Daredevil! As most of you know, Daredevil is one of the most talented fighters in New York and in the Marvel Universe. Blinded in a childhood accident, the very same accident gave him radar sense, and heightened his other senses. In addition to this, he was trained by a blind man named Stick, who made him the skilled fighter he is today.

In this series, Daredevil will be pitted against other fighters I think might make a good battle. It's up to you to tell me who you think will win. First up vs Daredevil:

If you would like to know more about Lady Shiva's skills, visit her page on the DC Database so that you can better assess this battle.

Now it's time to battle!

Been a while since I've done one of these.

In case you're new, in this series, I share an out of context panel, and you either attempt to make up your own context or present the correct issue number and actual circumstances. Without further ado... 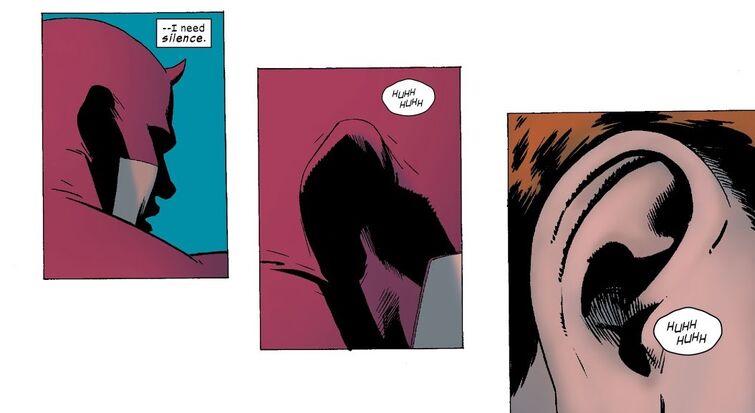 Side note: using Google is cheating and isn't allowed.

I was reading the Matthew Murdock (Earth-616) profile. I noticed some slides I didn't know he had. Can anyone tell me the issues he appeared as Jester, Frog-Man, the Kingpin, & Thor? I'm curious when he was called these & have had trouble looking them up.

People of New York City! We see around us the world changing everyday, whether it's for better or for worse. We see these so called "heroes" doing whatever they want around the world, causing conflict internationally. These people chose to punish certain people through their own sense of "justice" and "honor". They wreak havoc and spread their horrible influence around the world. They use their own "morals" to dictate their lives and try to spread these "morals" around the world. They try to influence the good people around the world to bend their knees to their flawed visions of "justice" and "honor". This begs the real question, what is justice? They say that justice can mean different things to different people. Some say that justice could be mercy. Or compassion. Or truth. Well let me tell you, dear readers! It is not what these costumed vigilantes tell you! It is the goodwill of the people, and it is the people's goodwill that is true justice. The people know what justice really is, not Spider-Man, not Daredevil, but the people! We see it everyday in our lives where we are constantly run over by these super-powered individuals, but what happens? The people endure, as we always will! We know the truth! These "Super Heroes" may stop invasions from aliens, but the people stop corruption from spreading. We keep order. We are the ones who know that the real heroes in this world are the good, honest, hard workers that keep the peace in the world. So thank those people. The veterans. The construction workers. The teachers. Thank the people that help build up the city like Mayor Fisk. Thank your family and your friends because they, dear readers, are the real heroes in this world. 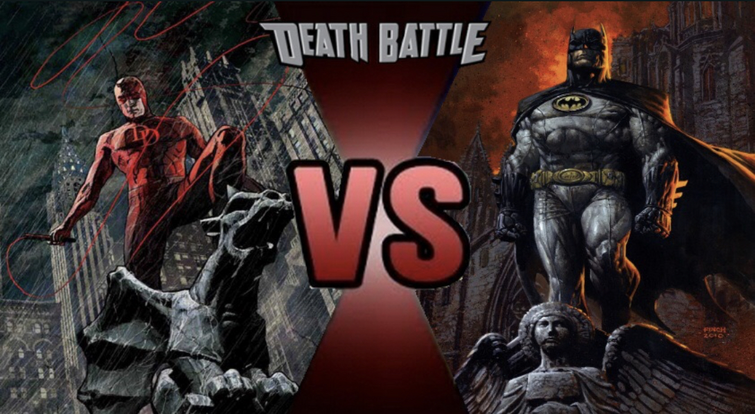 That's right! Inter-Dimensional Duels is no more!!! From #10 and hereon, it will be known as Dynamic Duels!

I am proud to introduce the SAGAS! (Inspired by Clobberin' Battles)

Location: Rooftop of the Baxter Building

Fight until K.O or submission! 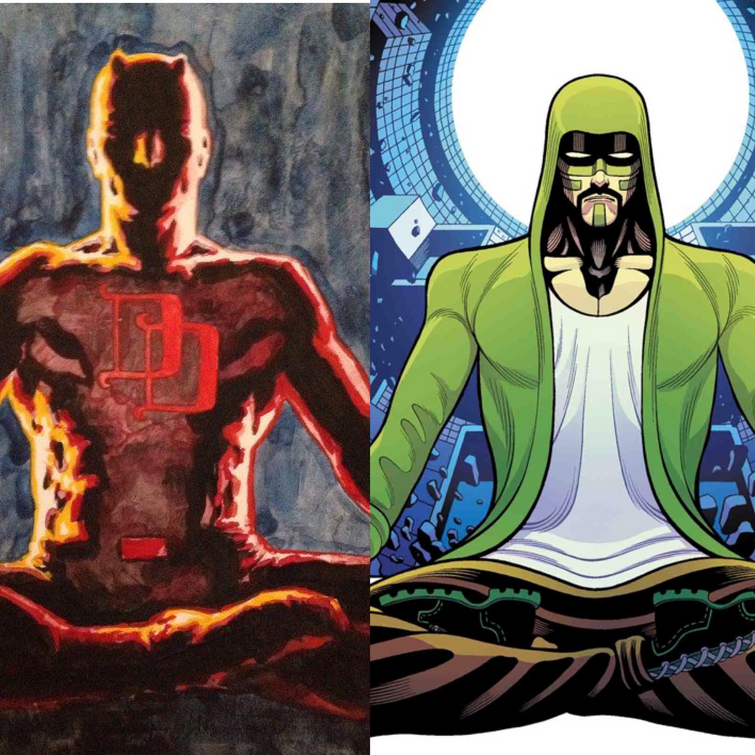 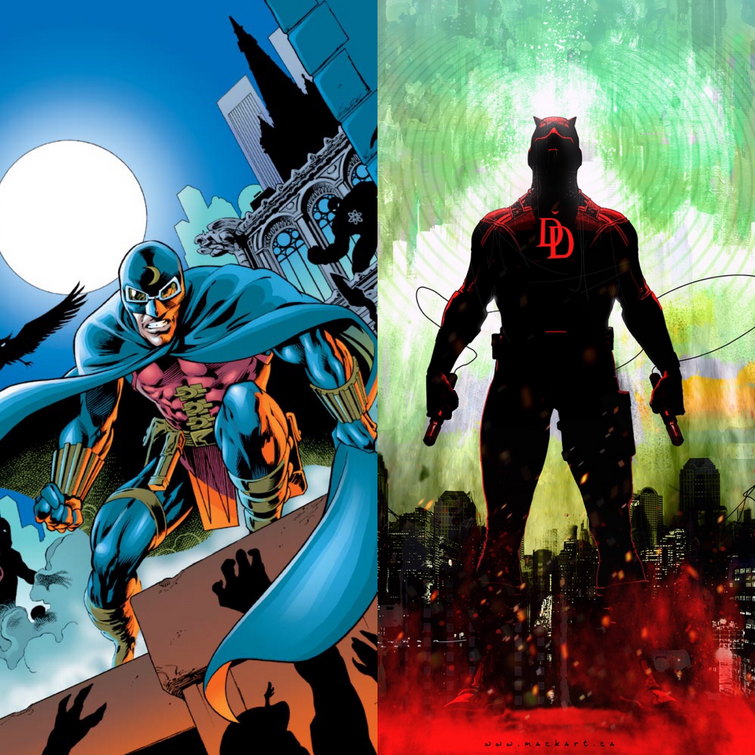 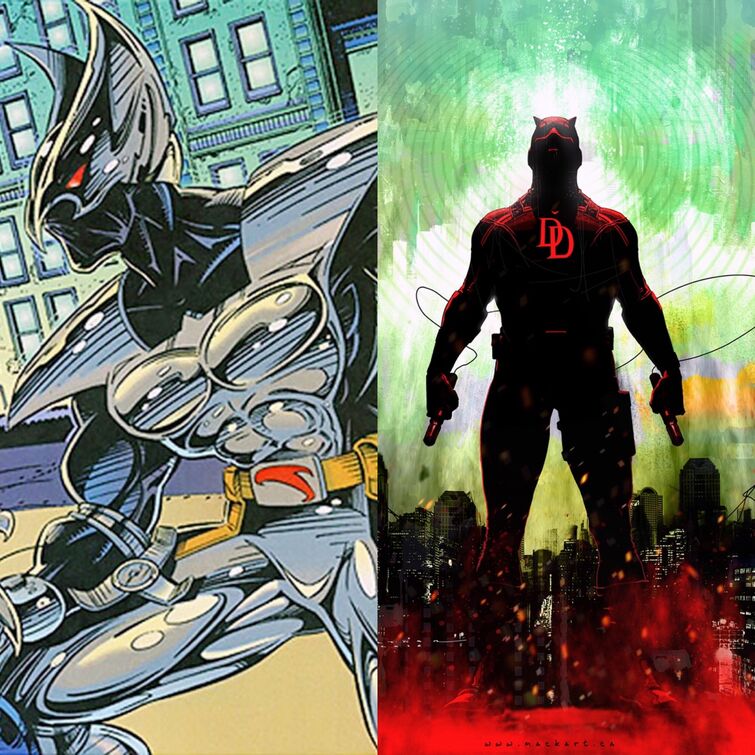 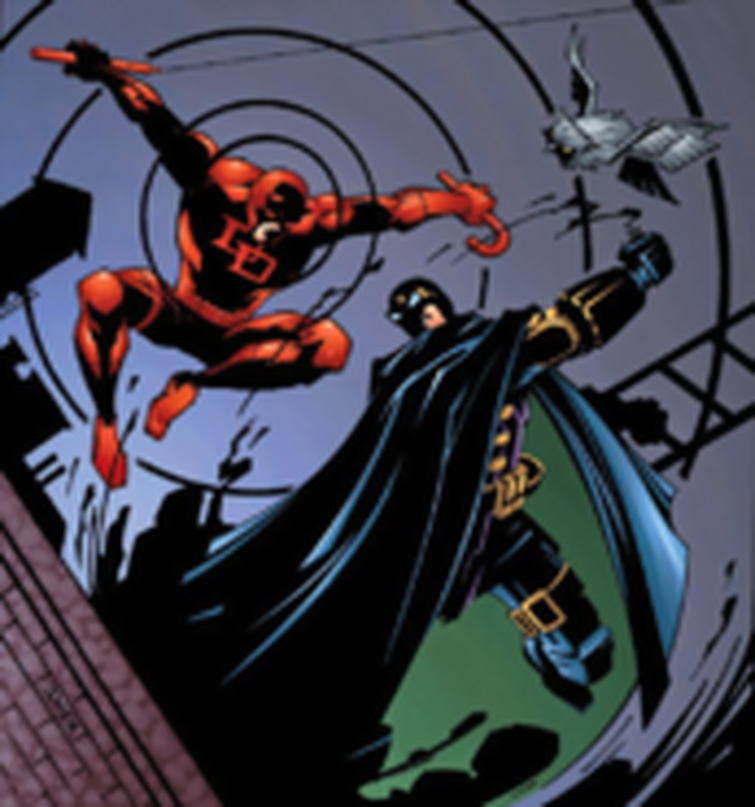 This quote seems a little on the long side. I know it's symbolic and everything, so I've never taken the initiative to change it (essentially) out of fear. I feel as it it could be either trimmed or replaced entirely, with something just as impactful that doesn't take up an entire page.