1 History 1.1 Overview 1.2 Multiversal Cycle 1.3 Protectors of the Multiverse 1.4 X-Termination 1.5 Age of Ultron 1.6 Incursions and the Eighth Cosmos 1.7 Eternity War 1.8 Infinity Conflict 1.9 The End of Time 2 Bibliography 3 Links 3.1 Footnotes The Multiverse is the collection of alternate...

For instance Marvel had the 616 universe retconned dozens of times, why don’t they end the characters. ( Spider-Man and Captain America for example)arcs and use the multiverse in introducing the characters again

Do u agree that this should happen or not and why??

As many of us know, the multiverse in comics is created through time travel -or at least that is the type of realities the comics concentrate on- , but the endgame continues to refer to new facts as branching facts and that time travels are not doppelgängers but actually one person (when Gamora and Maw Thanos asked) If there are 2 different nebulae he said no, it is the same nebula from another timeline) Does this mean that for example the old Spider-Man movies , xmen , 2003’s hulk and blade are not from the same universe with different timelines but are actually completely separate facts so there are big differences between them like people's birthdays , Heritage, ethnicity, etc., and out-of-time beings like Dormamo will have other versions of it in these facts as well. (He is not one across those separate facts) 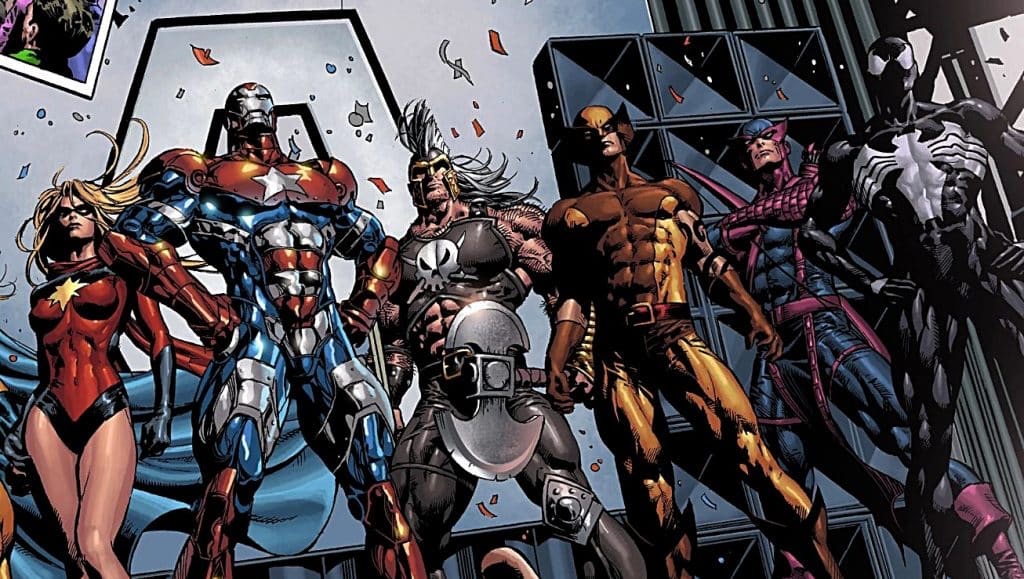 “Stop me if you've heard this one...worlds will live, worlds will die... but imagine if your every fear, each bad decision, gave birth to a malformed world of nightmare. A world that shouldn't exist. And desperate as it fights to survive in the light of the true multiverse

far above... these worlds are doomed to rot apart, and die, because they are wrong at their core.“

Marvel What If is stories of event in the mainstream Marvel Universe set in alternate realities play Bout different from Earth-616 like what if Aunt May had died instead of Uncle Ben or Punisher's family had never been killed like that. Now imagine Marvel made there own version of DC Tales From The Dark Multiverse like a “Dark What If” anthology series’s takes some of events, storylines or scenario in Marvel Universe. For a example like World War Hulk in that dark what if story Stark failed to stop Hulk and the Warbound conquering Earth and enslaved/imprisons humanity or The Dark Phoenix Saga like what if Jean Grey didn’t sacrifice herself kills X-Men when continue her destructive path. Here many Dark What If stories if Marvel making happen like what if Thor turn evil and dominate earth

Midgard (Earth) or Atlanteans/Wakanda gone war with each other ending Namor sunk the entire Wakanda.

Like my favorite one is What if Spider-Man kept the symbiote but have with a dark twist like SpiderMan did kept symbiote working with Carnage take kills almost his enemies and crimes bosses (expect Black Cat, Lizard and Boomerang). Then infected Spider-Woman (Jessica Drew), Kid Arachnid (Miles Morales), Spider-Gwen, Spider-Girl (Anya Corazon), Silk (Cindy Moon) and Scarlet Spider (Kaine Parker) them with symbiote to became “Darkness’s Web-Warriors” then joined side with Knull and race of Klyntar to help coving Earth in darkness. Defending the earth mighty heroes.

So many dark, brutal and twisted versions of Marvel classic to tell? What you’re think should Marvel they do there own version of Tales From The Dark Multiverse? And what you’re idea of Dark What I’d tale?

I'm talking about the comics, not the movies. (Besides, we already know it's happening in the movies)

Are some of the movie and TV reality numbers official, or are they just made by this wiki?

Guys.. I just noticed that the man webbed to the car in the scene 'A Poor Interrogation' was none other than Miles' uncle Aaron Davis. And if Miles exists, according to his story, the Spider-Man of his universe died a.k.a. Peter Parker. Butututut... The other universe Spider-Man may come to coach him. This was my theory. Share your thoughts on this.

I have seen other versions of Cap, but nothing out of commun. What would you say is the strobgest version of Steve Rogers' Captain America?

What alternative universes you can think of which involves of that character?

If the MCU is a universe how will it explore the multiverse within itself? Also are dimensions in universes

So I wanted to start exploring more of the Comics and I was hoping you could give me some advice on what to read. I really wanna read the Illuminati thing and I also wanted to read things involving the Multiverse, like the Council of Reeds and stuff.

Can you tell where to start please?

Hi everyone, I'm back! I was gone because...uhmm...well I don't really have an excuse, but I'm back! Today I want to see what kind of community I returned to. Sooo I want you to tell me an alternate timeline, that doesn't exist in comics, but you came up with it. It can be as goofy, wierd, realistic or unrealistic as you like. It can be a universe you've thought about multiple times, or you can come up with one on the spot. 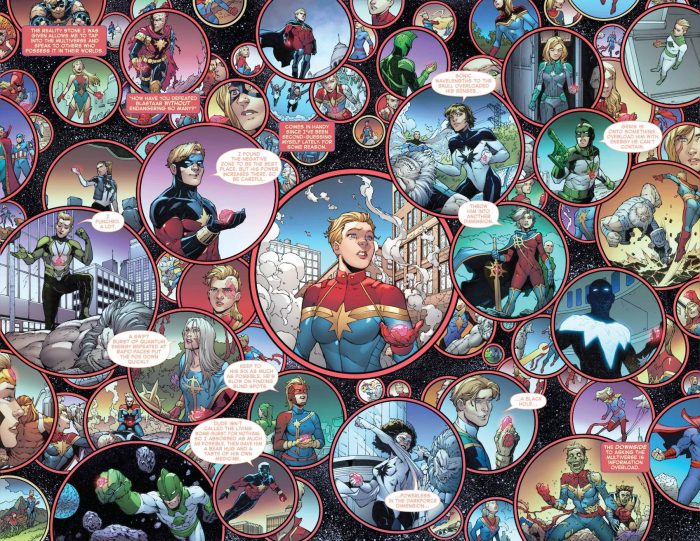 So, you guys may not remember this, but I ran a series where I pitted Universes together, to see which one is liked best. But, season 2 will be completely different! In this, there will be 5 rounds:

Which started out best?

Which is currently doing the best?

Which has the best characters?

Which has the best concept?

Which is best overall?

Any universe can be nominated, excluding 616 and the MCU. 616 because everyone would vote for that, and MCU because it won my last tournament. The 4 universes that receive the most nominations will be entered.

So, go and nominate any universe! You all have 2 votes each!

If you could bring any character that isn't in the main universe to Earth-616, who would you bring?

A powerful shape shifter and rather a quirky insurance agent.

Her real name is Katherine hays.

Backstory: she was ten when she discovered her mutant powers. And discovered her true calling when she saved her boyfriend from a burning building. She was going to be an insurance agent! Though it was a little too boring for her. So she spends her free time in prof. x’s school and fighting off mutant hunters with her new friends, the x-men.

Powers: Kathy can morph into a pink substance at will. In this form, she can shape herself any way she pleases, and can grow to twice her regular size. In a pinch, she can make herself corrosive. Useful for breaking through things and fighting. Although she loathes killing more than Batman. Morphed or not, her only method of communication is telepathically. Making it extra difficult for her teammate vision II when Kathy joins the avengers (briefly. Captain America couldn’t deal with her ignorance) she can also alter her own density. Becoming light as a feather, completely intangible or even becoming the heaviest substance known to the universe

Regular look: she has hot pink hair that fades to white on the ends, and usually a white tee under a cherry-blossom patterned jacket with a short skirt and jeans. She can morph her clothes with her. (strangely)

She lives in the same universe as cyber. I already forgot which one that is. Also, he’s the boyfriend she saves. He proposed once, but then doctor doom had to rewind time and stop galactus from taking a bite out of the sun

Origin: nobody knows where these two came from. Least of all them. As far as they know they were pushed into earth 617 to protect it, and that’s exactly what their going to do

Powers: both have identical powers and abilities. They can both shape-shift into whatever they like, though they can’t change their color. And both can trap beings they come into contact with by incasing the being. Sending it to a pocket dimension that either black or white can control depending on who trapped the being. When all else fails they can merge into one being known as grey who can also shape-shift but now different parts of the body can have the properties of any element or combination of elements

Hope this is cool!

What do you guys think of this? 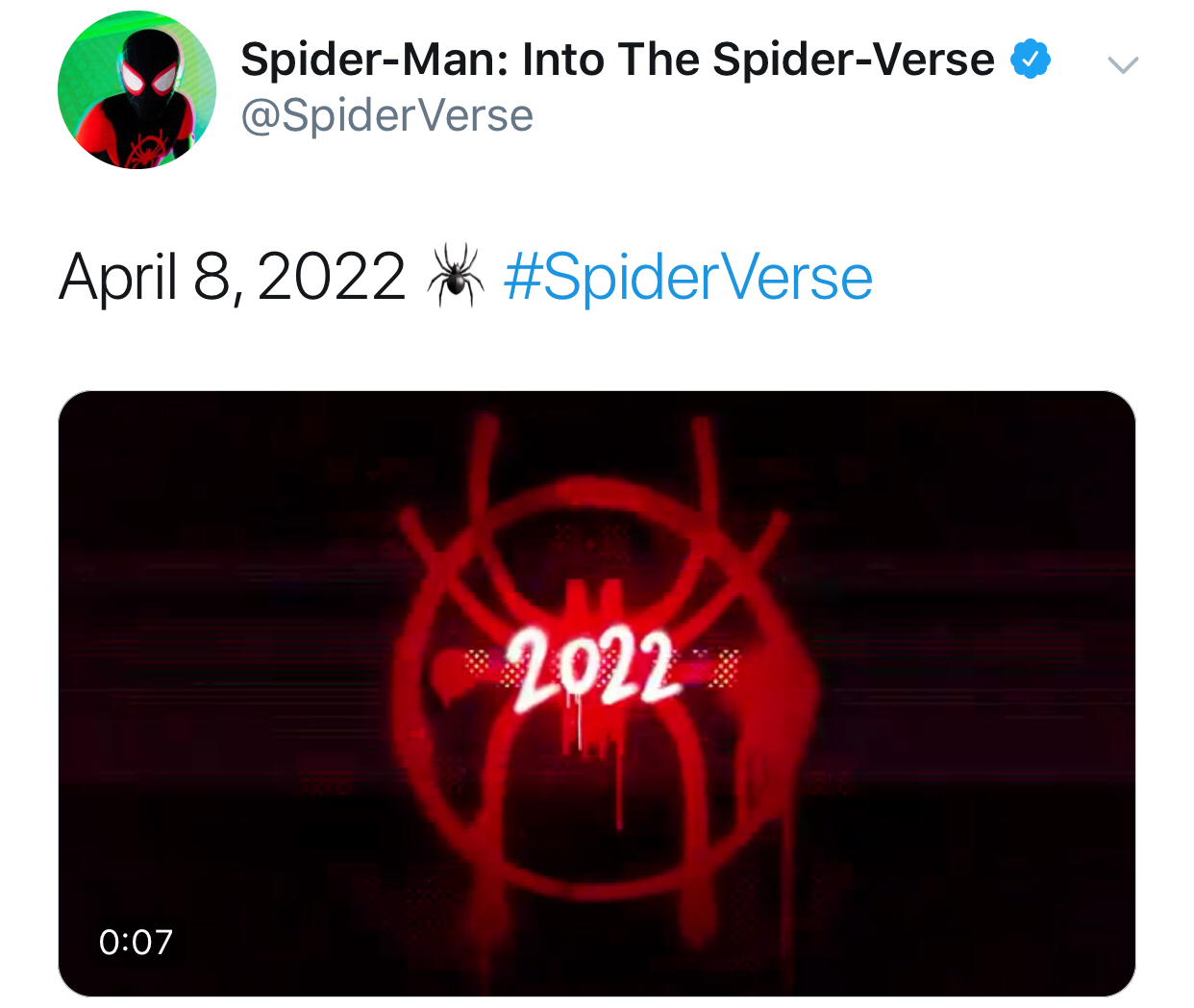 I'm kinda new in the world of comics so pls don't judge.

If I want to buy a MARVEL comic book how do I know of which reality it is? Does it say anywhere?

Can you pls explain because I wanted to start exploring other realities.

Before fandoms and wiki's existed how did Marvel Comics fans figure out which universe the story takes place in. Do they mention it in the story? It is on the back of the comic book or something?

Are there any universes that exist in the Marvel Multiverse that you think should be expanded upon more, or is generally underused? And what would they use that universe for? For instance, I find Earth-449 quite interesting, yet it only appeared in a single issue of Spider-Verse. Most others introduced in the event were either pre-existing, or introduced and later used. But this one, however was untouched other than its only appearance. I don't know how this could be used, but it would still be interesting to see more of.