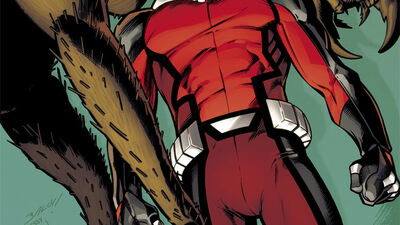 Scott Lang was born and raised in Coral Gables, Florida, the son of Bob Lang. He later became an electronic engineer and met and married Peggy Rae. Together they had a daughter Cassandra "Cassie" Lang. Although he was an electronics expert he could not support his family doing repair work, so he... 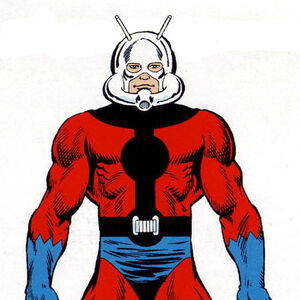 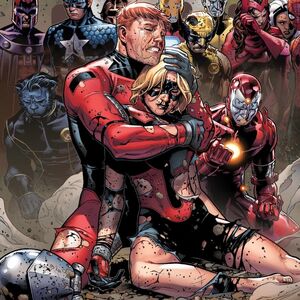 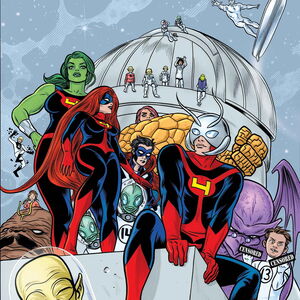 Who do you think would win?

Please leave your answer in the comments below. 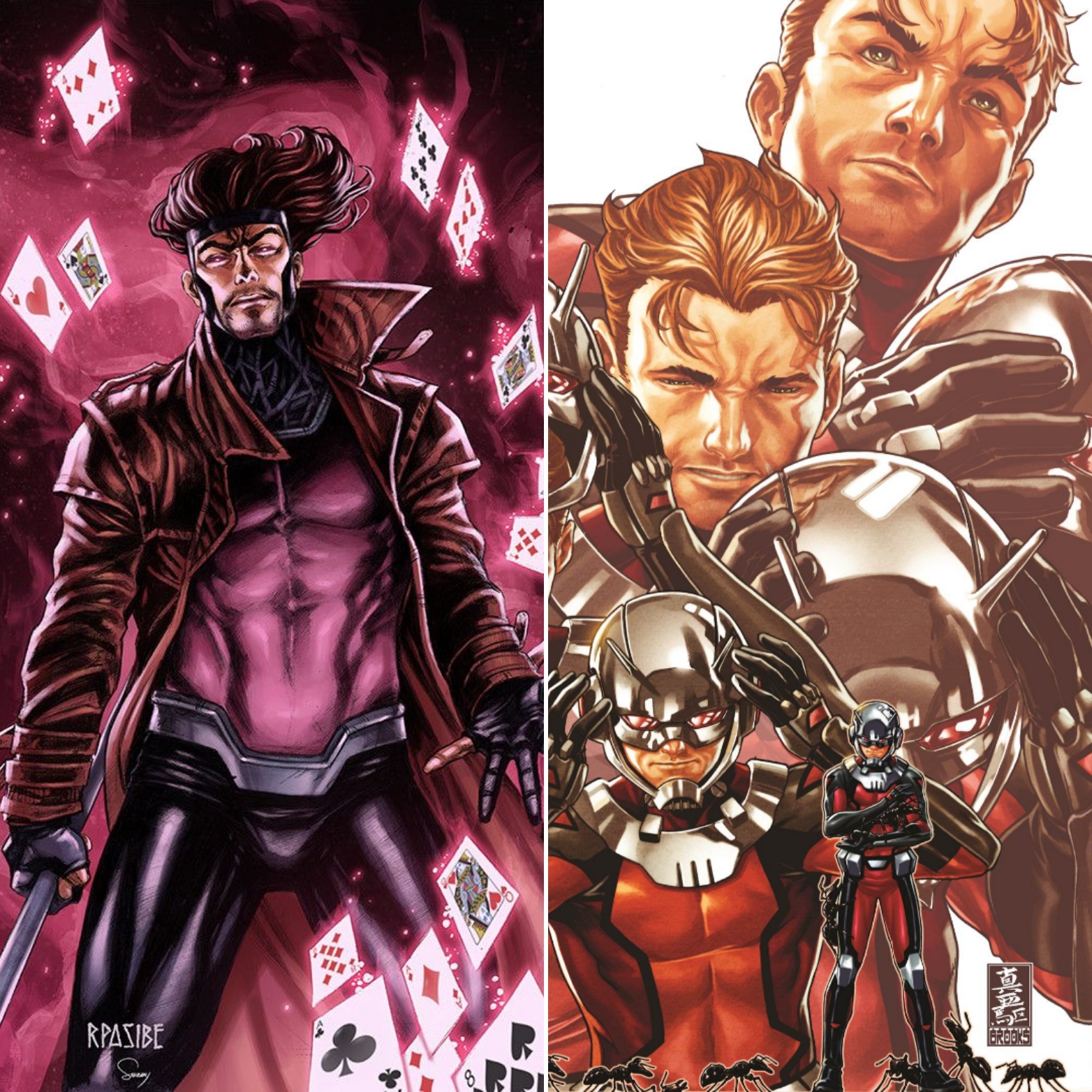 Round 1: Just hand to hand combat.

Round 2: Standard equipment and powers.

I was thinking about how Ant-Man (Scott Lang) became my favourite Marvel character and I remembered I first saw him in an episode of Earth's Mightiest Heroes, and I thought he was very cool.

Then quite a few years passed and the first trailer of Ant-Man (MCU) came out. I felt like there was something familiar with that guy who could control ants and shrink, and I suddenly remembered that wonderful episode: "To Steal an Ant-Man" (of which I understand the comics reference only now).

From that moment, Ant-Man became my favourite character ever!

Now, my question is:

Looking forward to read your anecdotes!

Two unknown figures appear in front of the gate. They go inside. The guards hear them. They go there. Suddenly they get tied up with something like web. Silk kicks them and leave them on the ground before they could run and warn others. Meanwhile, Black Cat is working on getting inside. She gets there and locates their target. Jewellery worth hundreds of thousands of dollars. Suddenly, something grabs her arm. She grunts in pain. It turns out that the owner of the house was well prepared and hired Scott Lang.

Ant-Man: It seems that your plan won't work, kitty.

She kicks Ant-Man throwing him at wall. Ant-Man shrinks and punches her face. He returns to normal size and starts to choke her. He also covers her in ants.

Suddenly, he gets choked with web. Silk pulls him, helping Black Cat. At the same time, Felicia kicks Ant-Man in the crotch. Silk grabs his face with her fingers and covers it with web. Black Cat steals the jewellery. Then, both women escape.

Ant-Man: Crap. The owner will be mad. *in comms* Alright, Ant-Man Security Solutions, let's head out.

After a few minutes, Silk and Black Cat return to Silk's apartment.

Silk: *smiles* Thanks. You trained me well. Now this jewellery will pay off.

Black Cat: Duh! We could buy a car with just one necklace from here.

They both watch news on TV. They see Spider-Man saving people from burning building.

Black Cat: This Spider-Man is pretty neat. Have you ever wondered who hides behind that mask?

Black Cat: He seems kind of cute. We will probably meet him soon.

Sincerely, i would like to see some new standalone runs about some of my favourite chraracters: Hellstorm, Man-Thing and Ant-Man.

The last run about Scott Lang (Ant-Man & the Wasp Vol 1 (2019)) was more about Wasp's feelings about her father and her friendship with Scott. I'd like to see a comic series that protrays all Scott's psycological aspects and that shows, as always, his sense of humor, just like Ant-Man Vol 1 (2015) or Astonishing Ant-Man Vol 1 (2015). 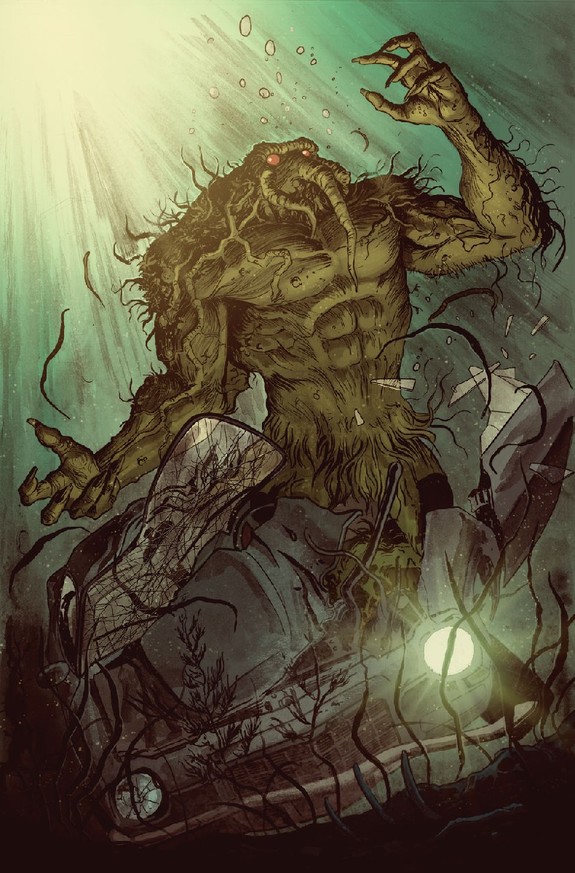 Man-Thing has had a recent run written by R. L. Stine, i haven't already read it but it seems quite good. Personally i loved the J. M. DeMatteis and Liam Sharp run during the 90s (Man-Thing Vol 3 (1997)) and it's still one of my favourite comic series ever. I'd like to see more of that metaphysical/oniric ambientations and themes, including the presence of the Nexus of All Realities (maybe Amodeus Q. Termineus could return as villain).

Hellstorm is a very cool character and it's been out of the main scene for a while. I remember his last main role being in Spirits of Vengeance Vol 1 (2017), but i'd like to see a solo series, because i think he's very underrated and he could lead to very good plots.

I don't think Marvel will do something like that in the following years, considering that they are all focused on comics about characters that are in the MCU. Avengers, Black Panther, Captain Marvel... they're doing only series about their most successful films...

So, thanks for reading and what's your opinion?