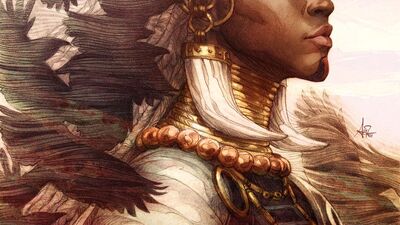 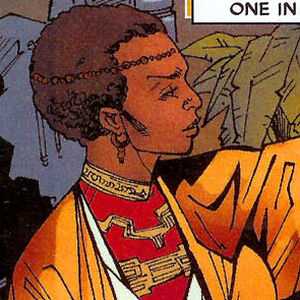 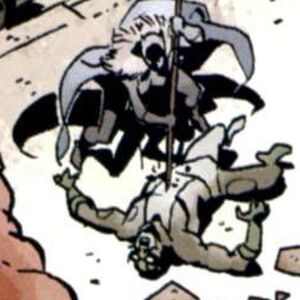 But for the first question of “who’s a good Young Marvel foil to the 8 Main characters”: 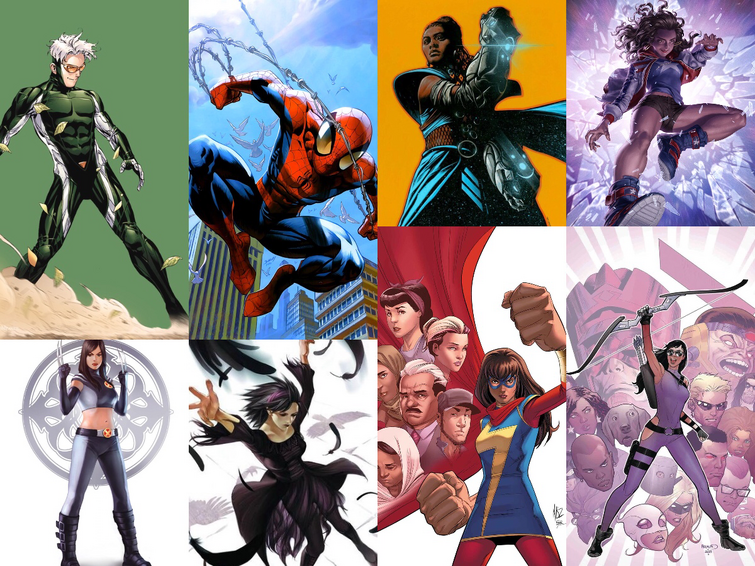 @BashengaTheFirst Here are my ideas for how to make Shuri work

- T'challa dies of the same cause as Chadwick Boseman. To me this would be the easiest way to make it happen organically, while also keeping it grounded in reality.

So My explanation for this would be that The Snap had additional effects on people that only presented after some time. The radiation from the snap had affected many, and only later did the health issues show up. T'challa dies from a quickly spreading Colon Cancer which ends up taking his life before treatments can help. No villains, no blame, no revenge plot. Just a real life normal death. All this happens of screen and is re-visited in the beginning to the film as Shuri mourns. The defeats the need for cgi or a replacement actor.

-T'challa goes missing after taking off on a secret quest that he believed was directed by Bast. T'challa never returns, and after enough time, is presumed dead. T'challa leaves little to no trace of his quest, making it impossible to fully trace his steps.

With t'challa missing or dead, the royal family begins to put pressure on shuri to assume the role of queen. Shuri, still mourning and having difficulty with her role, rejects this and runs away, feeling burdened by her responsibility. Feeling a desparate need to find her own way, shuri set out on her own mission to seek out Bast for answers. She seeks out some journey she believes will take her to a sacred site that will allow her to commune with Bast.

While she's gone a new threat presents itself and presents havik to wakanda.

Eventually, Shuri find a way to connect to Bast, and demands Bast gives her answers for t'challa's death. Bast refuses to answer any questions, claiming she is not worthy of being a black panther, and not worthy of Basts answers. Shuri demands the opportunity to prove herself. So, Bast presents a test to prove she's a black panther. Shuri fails the test, and Bast rejects her. Left with no answers, and only failure, Shuri returns home. This is where she discovers wakanda in ruin. Shuri set out a plot to save wakanda and despite failing to beat the threat, she manages to ward off the danger temporarily, seemingly dying in a sacrifice moment in the process. As she lays dying, Shuri is brought to a plane of existence to speak with Bast again. Bast tells her she's not ready to be a ruler, or to be the black panther, but tells her that the potential lays within her heart, and her sacrificed proved that. Bast grants Shuri the powers of the black panther, stating firmly "Do not prove me wrong".

Shuri wakes in the ancestral plane to find her father, and even killmonger at the ancestral tree. Shuri embraces her father and he tells her he's proud of who she is becoming. Shuri looks around to find T'challa isn't there. Demanding answers, her ancestors reveal that T'challa did not die, but was called on by Bast to take on a role higher than himself as king of the dead. This took him away from the physical plane, serving Bast in a different way. Shuri accepts this, and decides to live up to him by being her own person. The movie concludes with Shuri stepping out to the people in her own unique outfit, swearing to serve wakanda well, but differently.

How to correct for Chadwick bosemen not being there

- I would have him die off screen

I know none of this is perfect, but idk, I still see the potential.

I just personally don't see him getting recasted. As I pointed out, recasting an actor is risky even in a normal situation. Majority of recastings are unsuccessful, costly, and get no love. At best, they're usually deemed "not bad", and very rarely are considered better or great even. When an actor needs to be replaced because of a death, its even worse. If you recast a dead actor, you lose a big following of people who don't want to tarnish the memory of the actor. Especially if the actor was as great as chadwick boseman. So you can easily lose 25% of your viewership because people don't want to tarnish the memory of the actor who played it first.

Even if the recasted actor is great, you're going to at best be shooting for second best. Even if he's legendary, nobody will deem him better than a dead legend.

On top of that, sequels are already far less successful then originals. So already, you're shooting for a lower expectation of success.

Throw all the factors together, it's really just a lot of risk. Realistically, you probably have a 20-30% chance at best of doing mediocre. That's essentially what you would have to shoot for in this situation, mediocre. Even if the movie is all around fantastic, it won't have the success or praise that the movie would need. IT would be pale in comparison to the first one forever. No director in their right mind would produce a movie knowing that their best bet was to be considered mediocre.

Casting Shuri on the other hand has far less risk.

-it doesn't tarnish the memory of chadwick boseman

-it may not be ask good as BP1, but it doesn't try to be since it would be creating a new legacy.

All around when you think about it, casting Shuri is far more sensible from a marketing standpoint, and the mcu is all about marketing for profits. I mean we should really accept that the mcu doesnt market towards comic fans anymore. They marker to exploitable audiences, movie fans. Thats why they're fine making such changes and deviate so much from comics. The mcu doesn't care as much about what comic fans want, because a vast portion of their viewer bases is people who have never read a comic in their life. If you look at mcu fans, you'll find they're rooting for shuri to be casted because they have no attachment to the comics and to them it's an absolute win. Really, it sucks, but the focus of the mcu isn't strictly comic fans, its appealing to a market thans really easy to profit from. I honestly think recasting him would be just a massive money pit for them. While I agree I'd rather see more t'challa, I don't see any financial logic to do it. They would never get any return on investment. The profitable marketable thing to do is to cast shuri, and the MCU is money hungry sharks.

Anyways, I'll conclude my thoughts there. Those are some way I think they could make Shuri work, and I ended with a bit of a rant but still :P 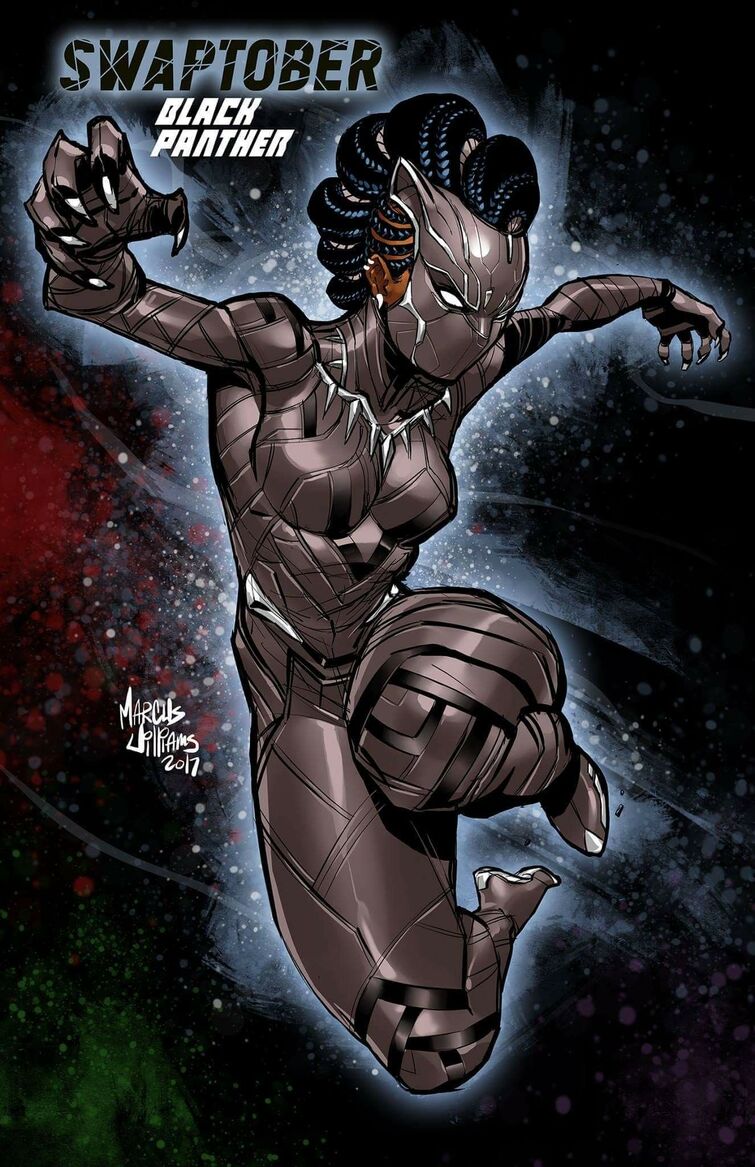