Polls aren’t allowed on this fandom. 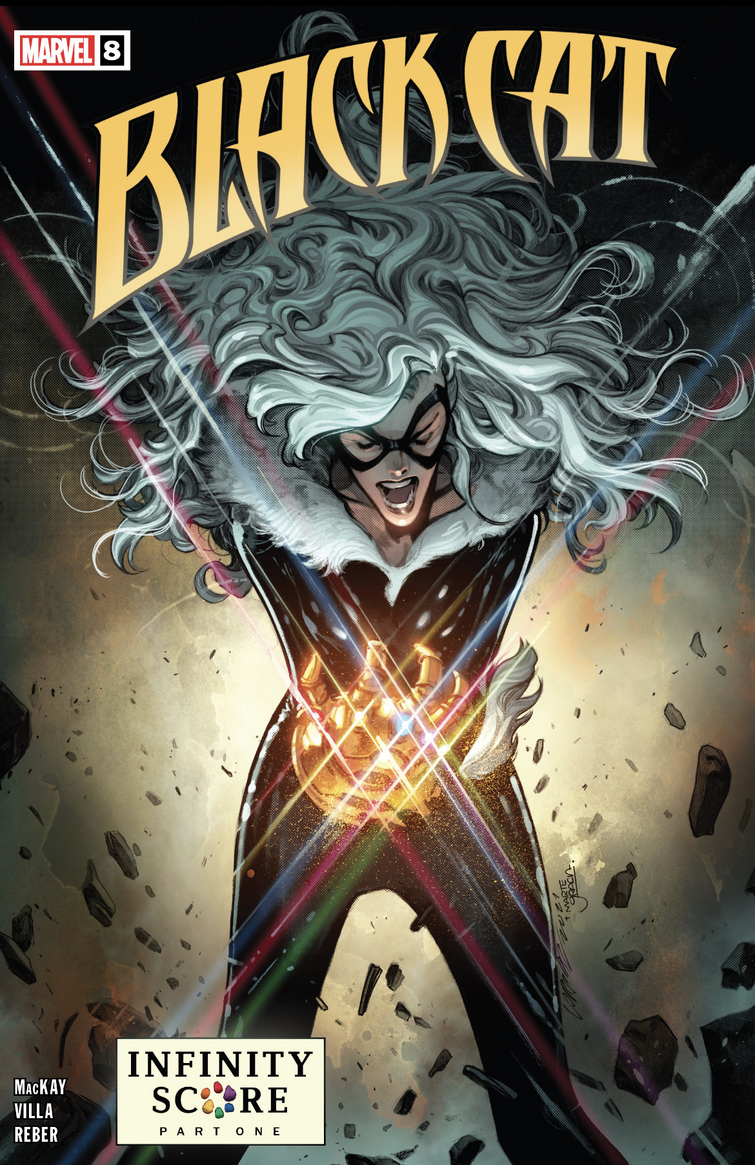 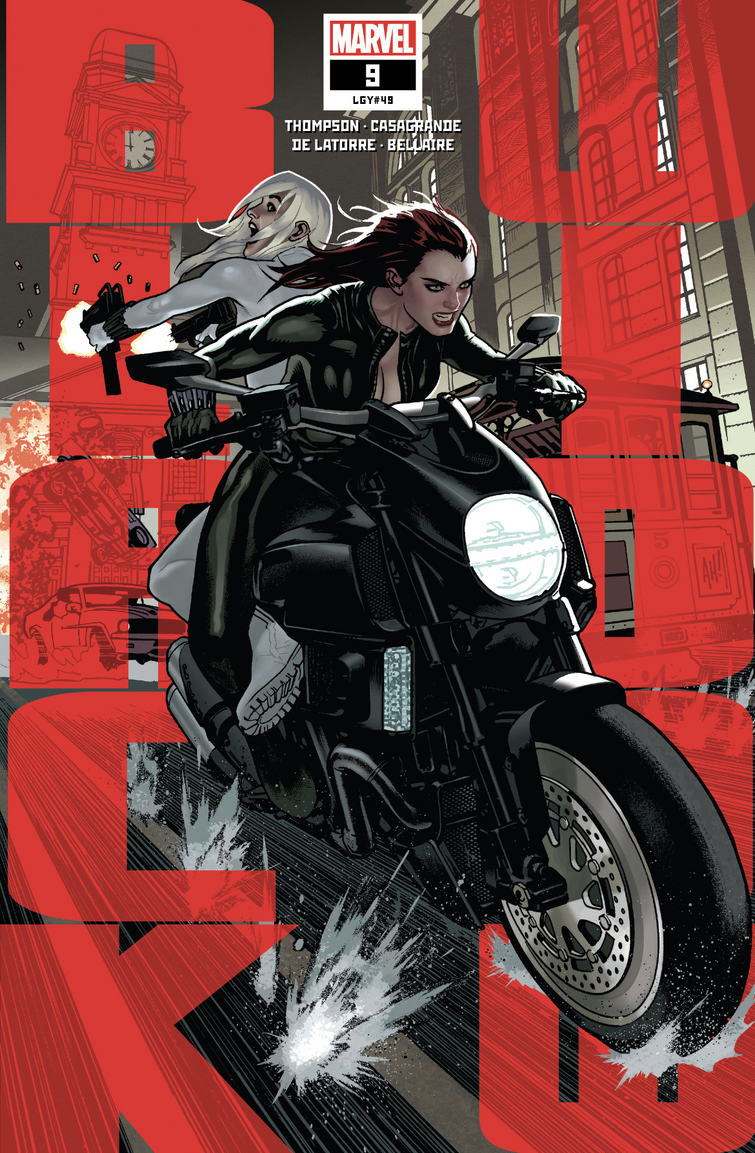 Bought the new issues of Black Cat and Black Widow and I thought about talking about them on here since I don’t review new issues much.

The issue begins with Felicia talking about how two months have passed since Fox was dragged away by the Guilded Spirit and she shows that it affected her and she’s not coping with it well. I like to think of it as Felicia feels responsible for having the Guilded Spirit to take Fox away to save Manhattan and Fox felt like a father figure to Felicia. Felicia and her men then take a container via an aerial vehicle, but Felicia gets in a fight with Fury, in which Felicia comes out the victor by throwing Fury overboard. As they arrived at their new hideout, Bruno and Korpse open a crate to reveal a woman, which I’m not familiar with and it would be much appreciated about why the woman in the crate is special. I’m looking forward to seeing how this Infinity Score event works out.

The issue begins right where the last one left off with Nat and Yelena being surrounded by Apogee’s henchmen. Nat used some feature from her suit and I guess it stunned when she shined a laser at them. Nat, Yelena, and Lucy managed to get back to The Web and find Anya blew her cover. Nat, Yelena, and Anya arrive at Apogee’s hideout, fights Apogee’s followers, and then Apogee is shown to have unlocked some powers. Looking forward to how the next issue plays out.

In the third issue of 2014’s Secret Avengers. Lady Bullseye was giving more of a beating than Nat was in their fight. If Coulson had not interfered, Lady Bullseye could’ve killed her since it looked like the fight wasn’t going in Nat’s favor. 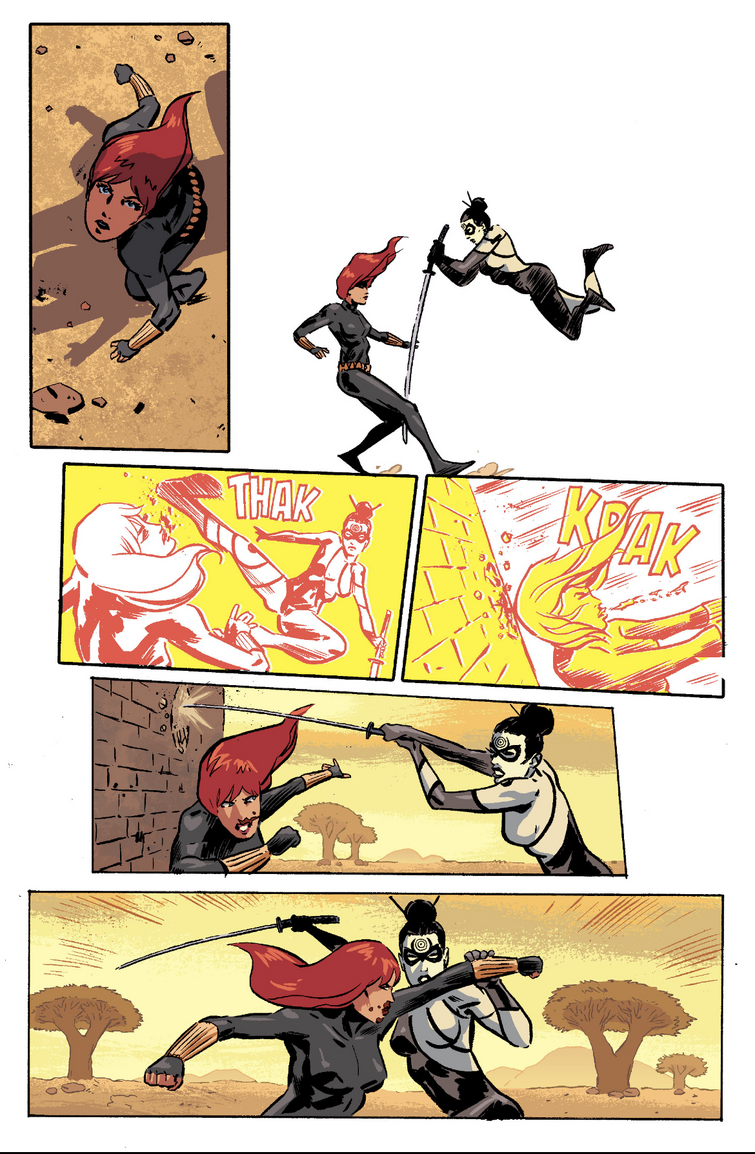 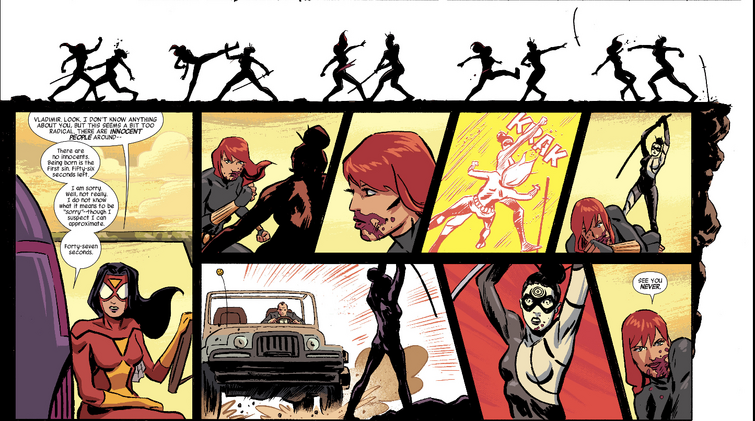 I’d be interested in reading more about Lady Bullseye. She showed to be an impressive fighter besting Nat and holding her own against Jess in this issue.

For Mockingbird, I suggest the Secret Invasion storyline because we learn of a depressing event Bobbi experienced. New Avengers: The Reunion where Bobbi and Clint team-up to fight A.I.M., we learn about some events during Secret Invasion, and about her divorce with Clint. Her short lived series from 2016 and I loved some of the feats Bobbi mentioned such as having a Ph.D. in Biochemistry, knowing 80 different ways to kick someone in their head, and doing backhand spring while holding battle staves. She was featured in the 2015 Spider-Man series where she worked alongside Peter and had some fling with Peter. She’s also featured in Silk’s second series where she allies herself with Silk to help her find her parents while Cindy works for her by being undercover in Black Cat’s gang. That’s about it that I can recommend for Bobbi. Thanks for bringing this to my attention, @Lagvaldemag!

Dang, I thought you were going to give it to Cindy.

Haven’t read anything with Shuri, so I’m giving this to Cindy. Her spider sense is faster than Pete’s, so she would be able to sense Shuri’s attacks fast enough to land hits on her before Shuri can.

A reply to Kasper Cole
2

You’re completely missing the point. White representation? I’m Caucasian and there has been too many of that for Marvel movies. I’m fine with people racebending Caucasian characters to make them African American, Hispanic, Latino/Latina, or Asian because there are already many white characters than there are characters of color. Having a Caucasian actress like Natalia Dyer to play a character of color like Anya Corazon just robs the character of their ethnic background and robs a Latina the chance to play a Latina character.

She has been depicted as being Latina in the comics for awhile, so it’s important for a Latina character or any other character of color like Anya to be played by a person of color even if they don’t “look” like the character. Ever heard of representation matters? There has been too many whitewashed castings like Bane in numerous DC movies and the Ancient One in Doctor Strange and it would’ve been best for characters like them to be played by people of their respected races instead of Caucasian actors and actresses. It would be a slap to the face if they were to have someone like Mr. Negative to be played by a Caucasian actor rather than somebody that’s actually Chinese.

There’s more to playing a character than “looking” like a character. Anya Corazon, a Latina character, should be played by a Latina. Natalia Dyer isn’t a Latina. Anya’s Latina ethnic background isn’t meant to be ignored and they should never have a Caucasian actor or actress to play a character of color. Also, they can have Jewish actors like Max Greenfield to play a Christian character like he does on The Neighborhood.

I finished the second volume of Silk: Out of the Spider-Verse after picking it up yesterday, and I liked it more than the first volume. The first volume was great, but this one involving Cindy and Peter unintentionally traveling back to the past before they got bitten by the same spider and the Spider-Women event was keeping me invested. I like how Earth-65 Drew basically went to Earth-616 just to watch over Jess’ son while she and Cindy were trapped in Gwen’s dimension. The one that threw me off about this while going deeper into the Spider-Women event is that the Reed Richards of Earth-65 is African American in Spider-Gwen #7 & Silk #7, but in Spider-Woman #6, he looks Caucasian. Earth-65 Cindy Moon seemed like a weak villain by just traveling to one dimension just to acquire tech they didn’t have on her Earth and sell it on her Earth. I was not too big on the artwork from Spider-Women Alpha. 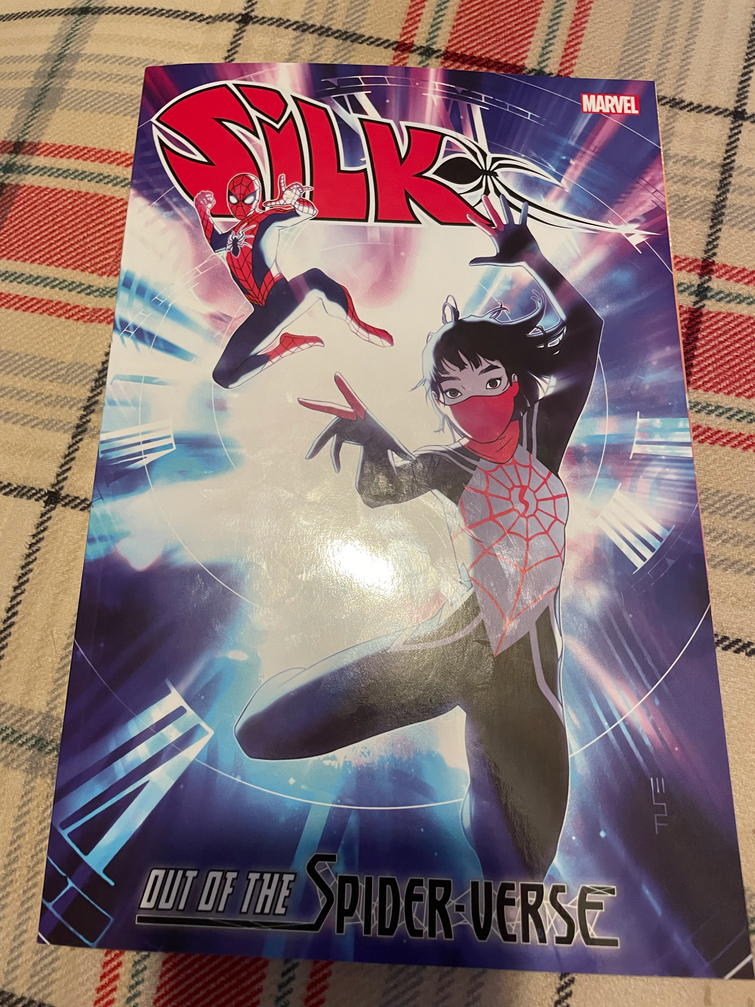 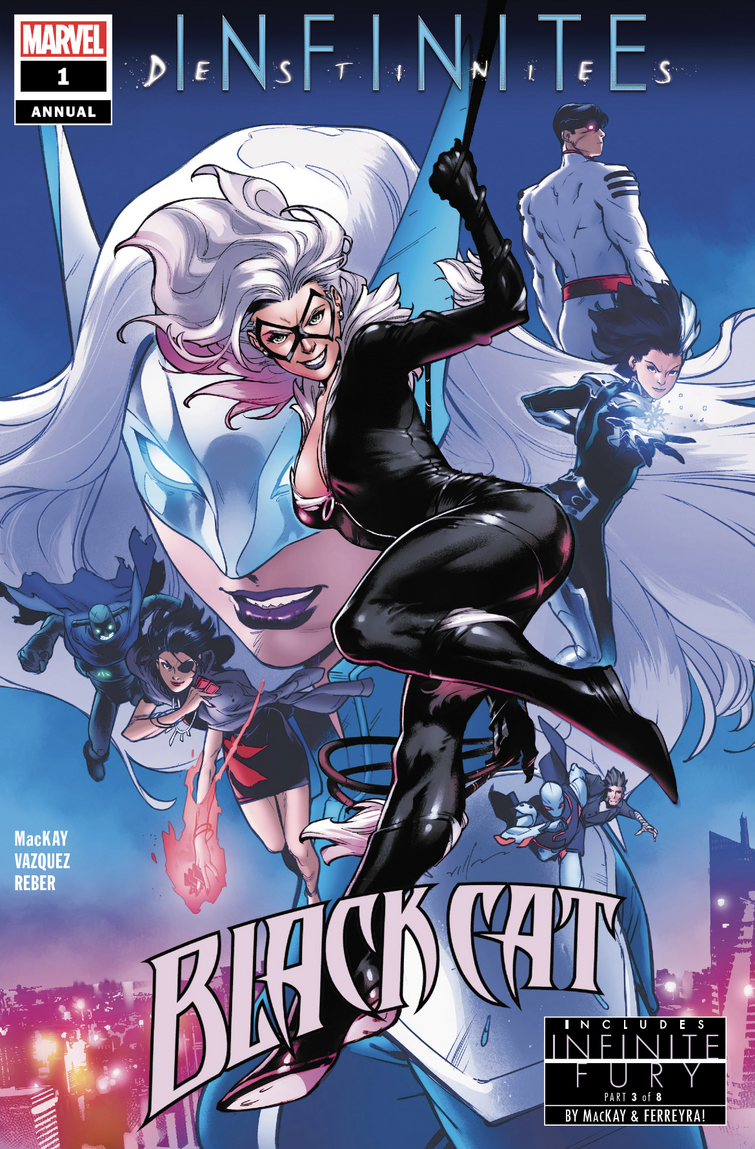 I really liked this annual issue right here. I loved Felicia’s interaction with White Fox and I hope to see them interact again. Felicia shows to have baggage about Silver Fox after he got dragged away by the Spirit Guild from the previous issue. I loved Felicia and Fox’s team-up when they fought a group of superhuman mercenaries, which is another great feat for Felicia. The annual issue felt a little bit like Suicide Squad by implanting nanobombs into people’s necks, except for here they would just bleed internally, whereas in the DC world their heads would just be blown off. A mind-controlled Taeguki defeating Tiger Division gave me some Invincible vibes despite not killing them. All in all, I say this issue is worth it. I liked it better than the annual from her previous series.

She fought Scientist Supreme one time.

A reply to The Mechanical Menace.
3
Barbara Morse (Earth-616)Marvel Database

They all wore red before.