The most notable ones are Titus and Annihilus.

Again, not a villain and an adult.

^ I think he was referring to Black Widow name-drop here.

Funny, because Hobby Brown is the Hornet now. 🤣😅😂

🤔 Anyway, I think Abner might take it. His suit allows him to fly, while Prowler's doesn't.

I haven't read much about her. Only Iron Fist: Heart of the Dragon #1 and this issue. But she seems quite cool.

@Slyme quin How old is he?

In any case, Vulcan is a freaking adult!

You asked for this. 😎 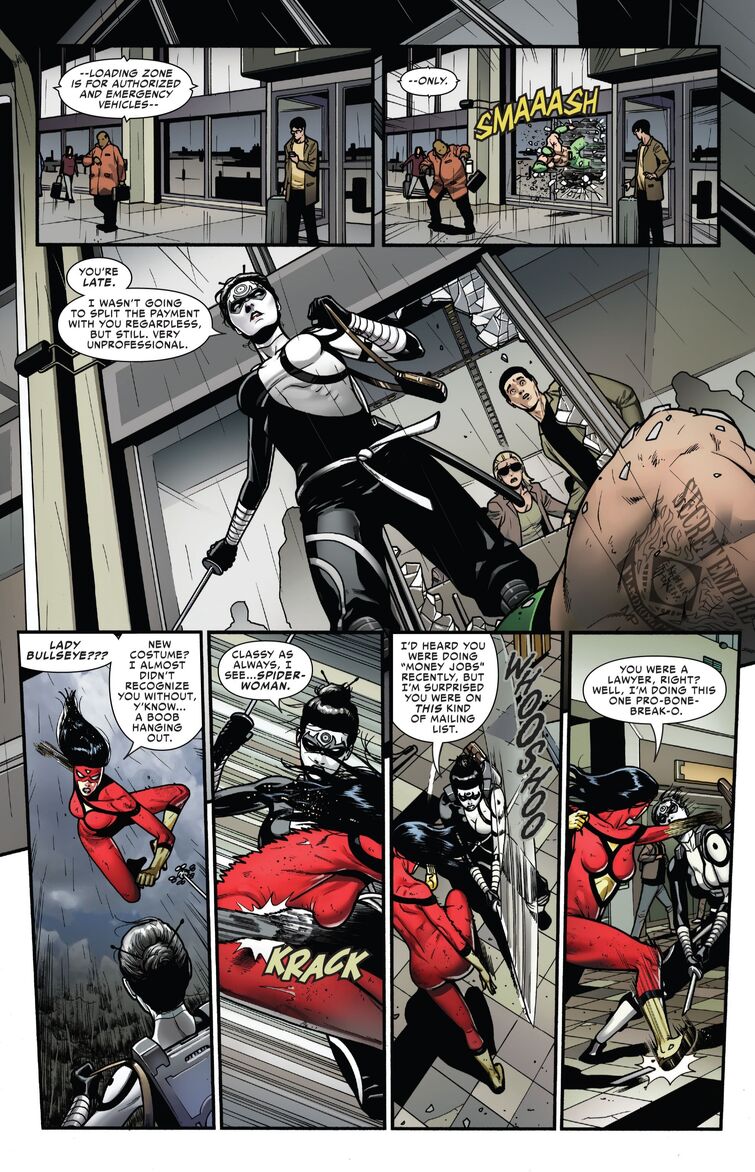 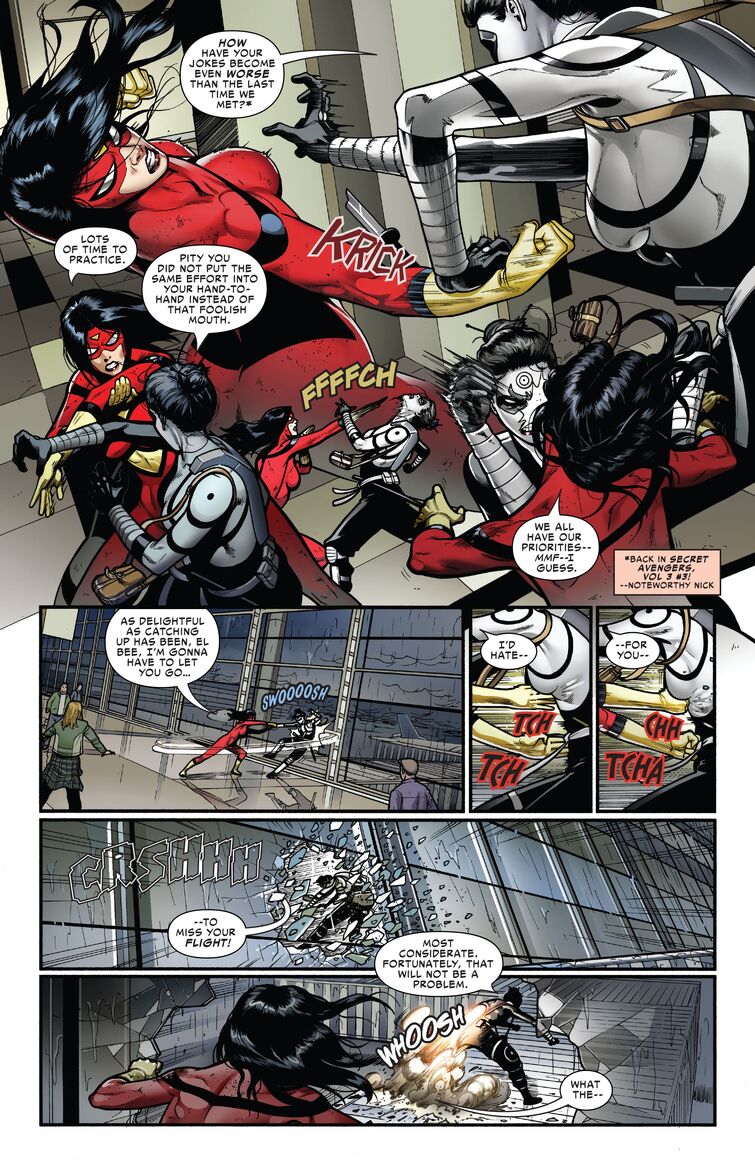 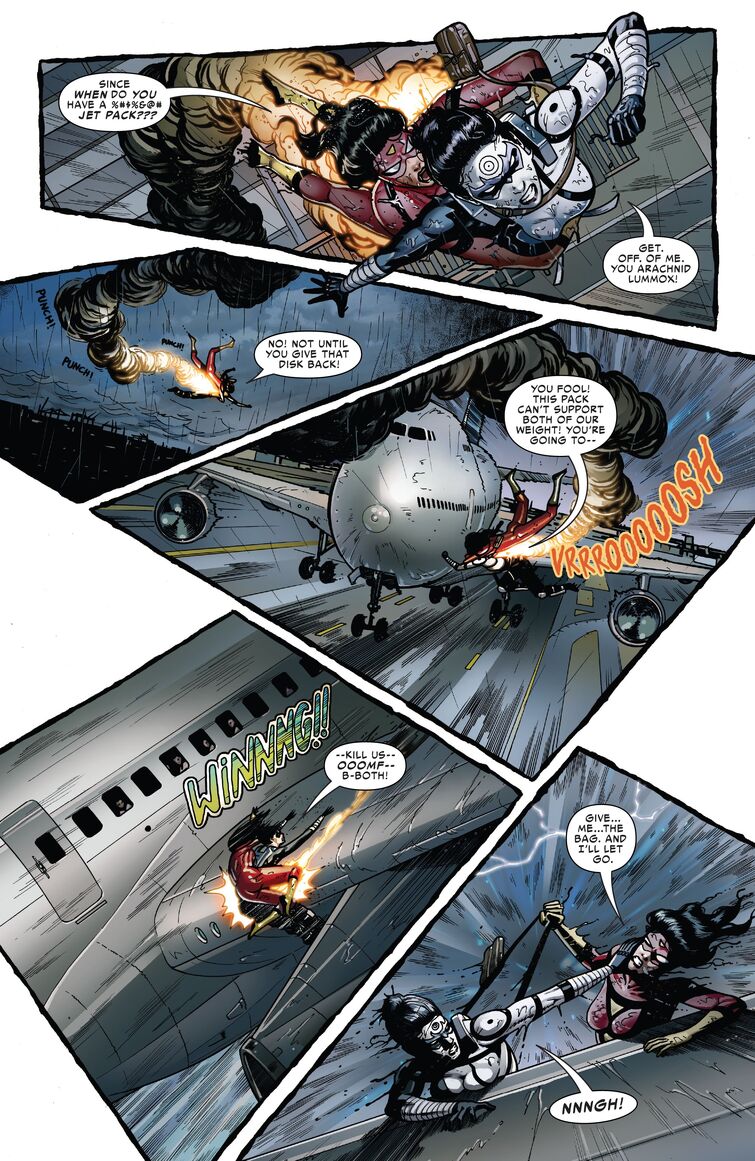 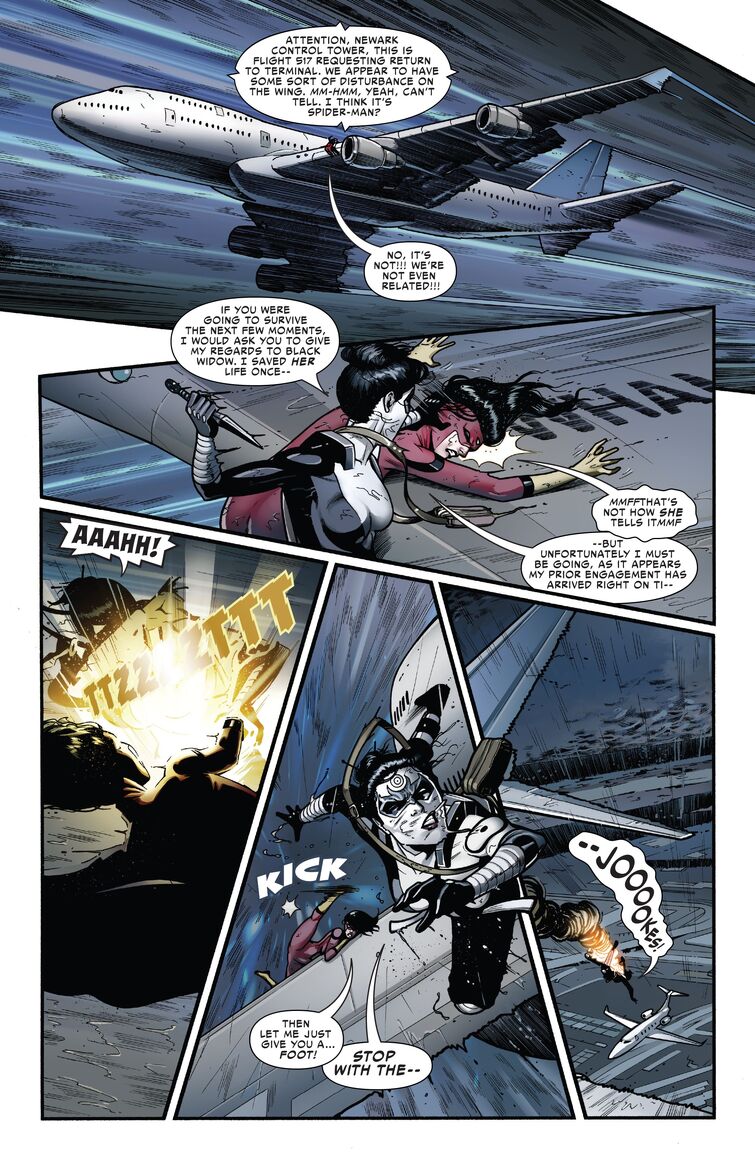 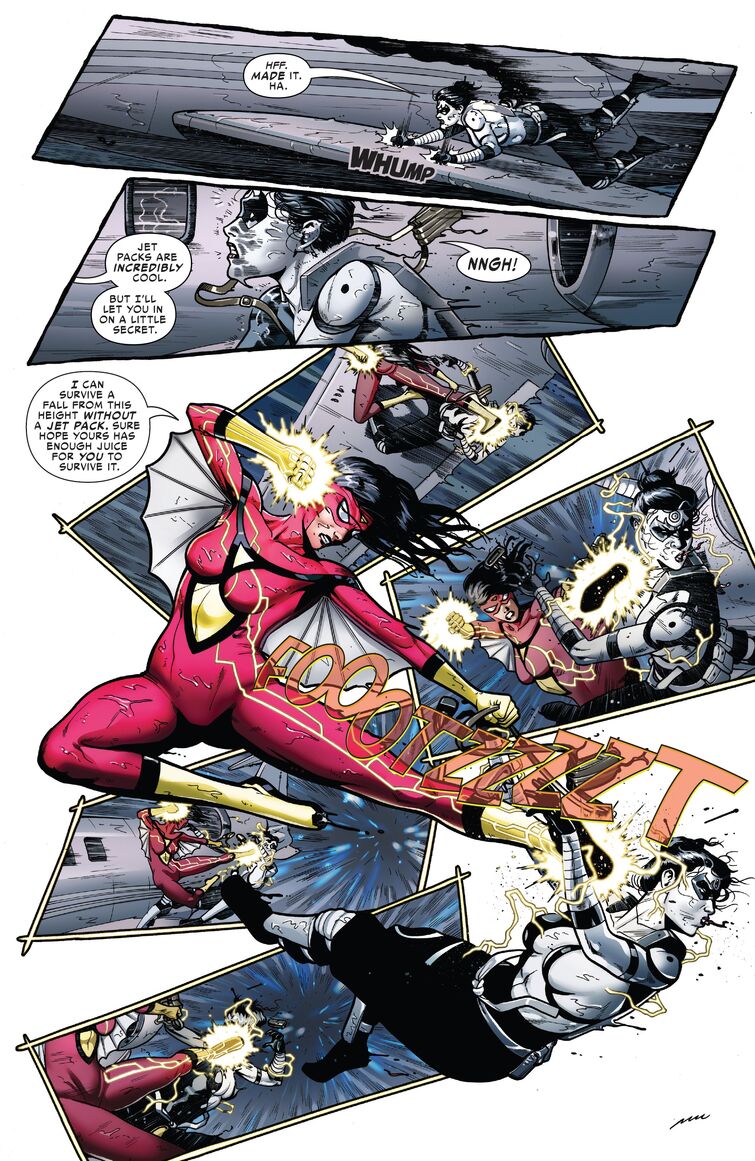 And then Lady Bullseye falls and Jess tells her: "Have a nice flight. See you next fall."

I know them but:

Yeah, one or two were bad, but overall I like them. 😄

^ That doesn't exist, I think?

Unless you mixed up Kid Omega with Omega Red.

Daughters of Liberty without Alexa Lukin and Araminta Ross.

(edited by Lagvaldemag)
A reply to His Grey Eminence
0

Spider-Woman #13 Review (possible SPOILERS) | FandomI know, I know, I'm a week late but I was busy…marvel.fandom.com

I know, I know, I'm a week late but I was busy with work. Only today I finally found time to read this. Anyway...

Possible SPOILERS for Spider-Woman Vol 7 #13. Proceed at your own risk. 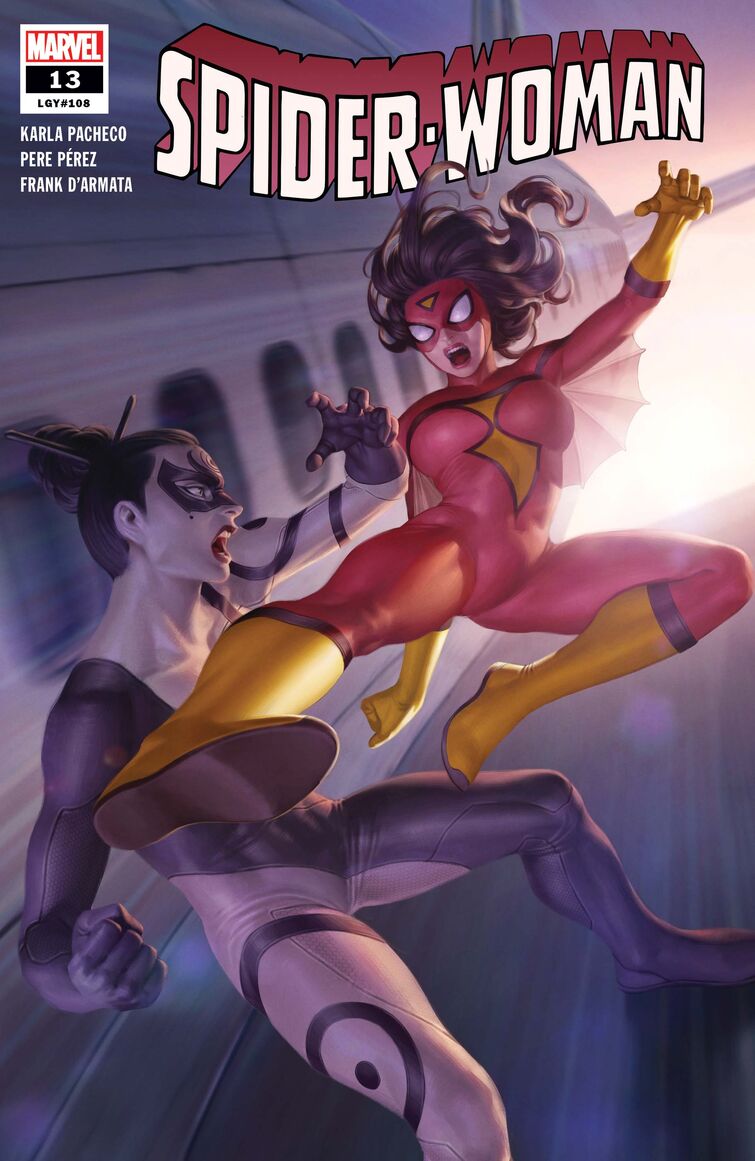 This issue starts with a spectacular fight between Jess and Fireball (some rando @BANEkilla98 might know). The latter wants to steal some disc. Jess gets out of the house and leaves Gerry with Linday McCabe. She travels through the city quickly and defeats Fireball. However, another guy, Bruiser (again, BANEkilla98) is on her way. He gets the disc and travels by a boat (he loves boats) to Hoboken! There, Spider-Woman fights with Lady Bullseye at the airport. At the very end, when she defeats all bad guys, it turns out none other than Michael Marchand, Jessica's brother, is behind all this!

What do you think about this issue, if you read it?

One of them is this guy.

(edited by Lagvaldemag)
A reply to His Grey Eminence
0

which one did you like the most?? PLEASE DO VOTE!!.judge by the plotline,screenplay,actors etc.. :) | Fandommarvel.fandom.com

Sorry, polls are not allowed here.

Btw, Silkworms and Screamophiles welcome you. Hi, I am Lagvaldemag and you can call me Lag. Welcome to the Wiki.