When he finally admitted he was wrong in Empyre: Avengers Aftermath #1.

I like Lady Loki better because she is oddly creepier.

A reply to Hopey Redford
0

@Jayakumar Viswambharan I think Black Widow has been in a movie

I would do Hulk and the Agents of SMASH, then Ultimate Spider-Man and then Avengers Assemble. There are a few ties-in to each other throughout the shows.

How old he is and Phoenix Logan

A reply to Brother Coolplayer262
0

A reply to Brother Coolplayer262
0

Give me ANY Marvel comics character is not nor has not been a member of the Avengers team and explain why this character would be a a good fit to be the newest addition to the Avengers.

Avengers (Earth-616)
A reply to His Grey Eminence
3

Balder finding out his dad is Odin?

Balder repeatedly dying and coming back to life?

Loki supposedly a frost giant but is 6'3", has red blood and is heat resistant?

Odin's children: Who is older than who?

A reply to Jordan isle
0

Loki would win, but mainly by annoying them with his words.

Riri would win. All Patriot had was illegal drugs.

A reply to The House Always Wins VIII
0 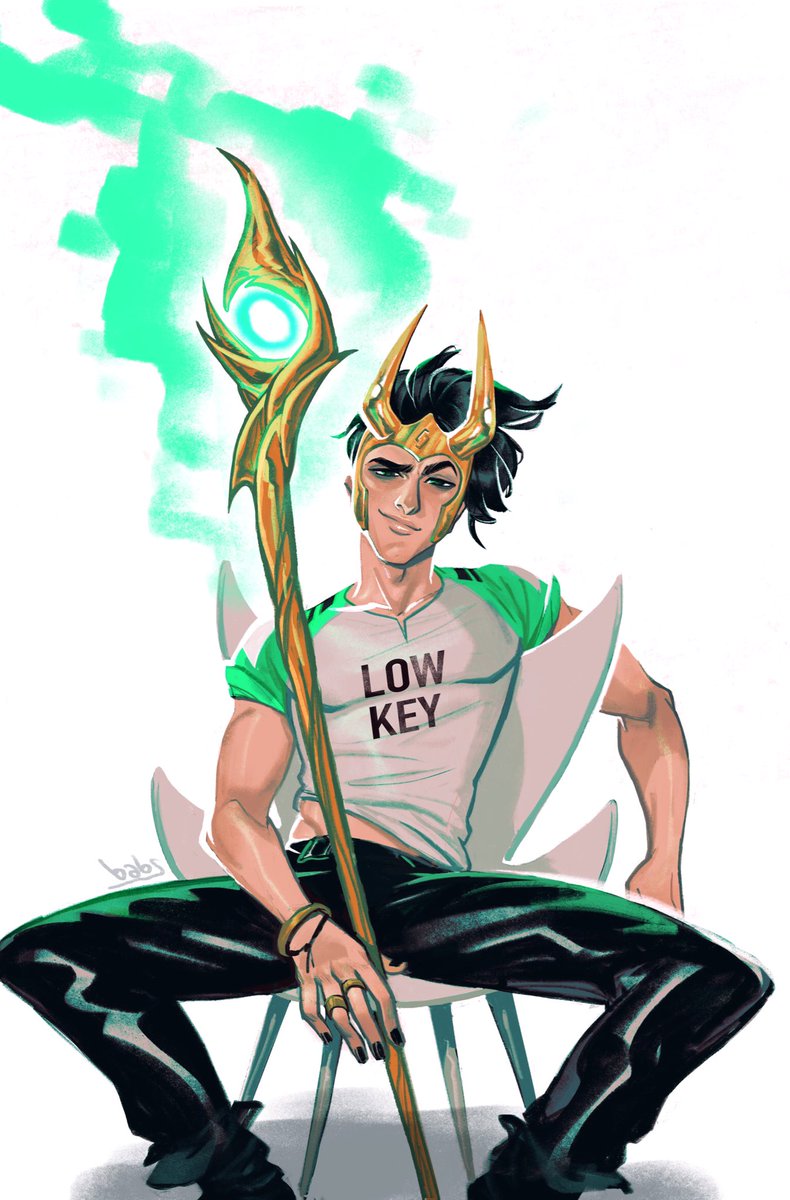 Loki is the best. He's my favorite too.

Share some of your favorite, least favorite or just any bad leader, in Marvel comics. Could be a country leader, team leader, cult leader, any type of leader. And tell me what some of their terrible leadership decisions, or lack thereof, are.

My favorite is Balder, when he is King of Asgard, and Asgard gets invaded. And his first reaction and only plan is "We are all going to die, so I might as well get it over with now and kill myself. Then I won't have to deal with this anymore."

A reply to Uwu i love this
0

I like all of them. Definitely not the best, but entertaining if you're bored.

So, after Balder was killed by Loki, twice, and is once again alive, Loki asks if she/he could be Balder's adviser, and Balder agrees. Then as prince and later, king of Asgard, Balder does everything Loki asks, without question, which leads them into a war against earth. Multiple times people tried to tell Balder that Loki wasn't trustworthy and he probably started this war. Balder confronts Loki, and Loki makes up some lie about how he's really helping Asgard. And Balder believes him. It's not until the third time Balder confronts Loki in the middle of battle, that Balder finally realizes this war is entirely Loki's fault, because Loki kind of admitted to it. As a result, Balder gets really mad, and accidently turns on his glowing powers, and now all the enemies against Asgard are like, "Hey, now we know where to shoot!"