I absolutely love Iron Fist in the comics, he’s probably my favourite superhero. Personally, Finn Jones was the perfect choice. The problem was that the writers wanted to make Danny this sort of stoic zen dude, when he’s a lot more goofy and light hearted. If you’ve seen any interviews with Finn, and have a pretty decent understanding of Danny Rand, you’d see he’s a perfect choice (someone above mentioned his cameo episode in Luke Cage season 2, which is the best live action rendition of Danny Rand).

Personally, considering how unloved the show was (i quite liked it though), I don’t see Marvel using the character again for a long time. Take Batman for example, after Batman and Robin, it took almost a decade before DC would even consider making a new Batman movie.

I think the perfect thing to do would be to keep Finn Jones on, actually give him the costume and have any shows or movies about him be more like modern MCU stuff. A lighthearted tone with a couple a jokes throughout, but also not be afraid to show that Danny is willing to take a life (he’s done so in the comics), and have themes about white privilege. Modern Iron Fist stories (or at least stories that involve him) usually talk about that stuff, and it’s pretty important to the character.

TL;DR Finn obviously likes the character, and is a lot like him. There could be a lot of smart talk, while also maintaining the fun of the MCU, but Marvel is probably not gonna use him again for a while.

The 70s but a person

I think the casting has been pretty good so far. For Marc, I’d say Oliver Jackson-Cohen. He looks like the character. He’s Jewish, so there’s no risk of whitewashing MK. And he‘s the number one pick for Marc within the Moon Knight community. As well as aware the fans want it, and has stated that though he’s not sure “what a Moon Knight is”, he’d still be happy to take the role. 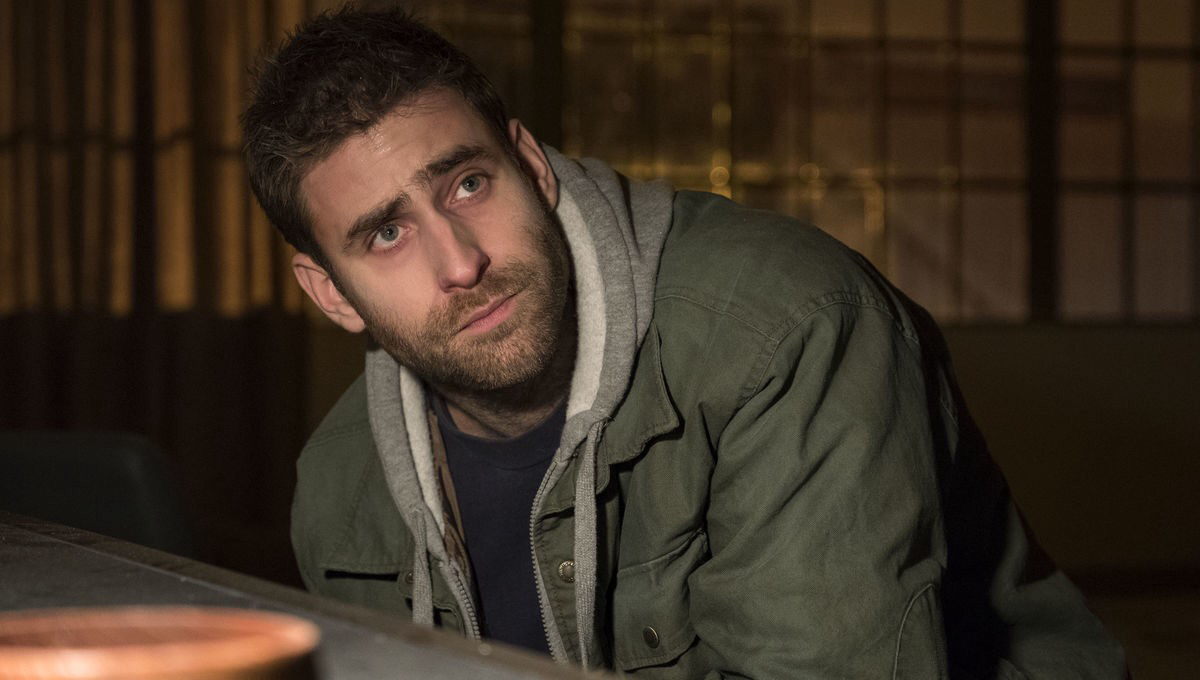 Kraven’s Last Hunt deals with death and obsession and the like. Maximum Carnage deals with the morality of when it’s okay to take a life. Spider-Man: Reign deals with an older Spider-Man who’s sick of everything. The “Happy Birthday” arc explores an old man Peter who has abandoned his morals, and his life (That’s collected in AMAZING SPIDER-MAN Vol. 2 #58 to AMAZING SPIDER-MAN #500).

I’m beyond excited. I’ll be picking up the Ultimate Edition on PS5 so I can play the remastered first game before getting to this one.

A reply to Silvestre Martinez78
1

For the longest while, it was Peter Parker. He was my guy for my whole life, but recently? After reading so many of his comics and looking into his history, my new favourite character is Daniel Rand-K’ai, The Immortal Iron Fist.

The lore of K’un-Lun and the Iron Fist is so detailed and so rich, it honestly feels like it could be an actual myth or legend, and I love it.

A reply to Jordan isle
0

Pre Age of Khonshu? It depends on Marc’s relationship with Khonshu. If he’s on his good side? Marc is an unstoppable force who is essentially immortal due to Khonshu being able to heal any injuries and even bring him back from the dead. Marc would win.

On his bad side? Marc would be a normal man. Still a highly dangerous one capable of fighting off a small army by himself, but still just a man. T’Challa would win.

If we’re talking just the MCU? None. In the entirety of Marvel? I’d say Aunt May’s death in the PS4 video game, or the original stories with Sin Eater simply because of the affect he had on Peter.

A reply to The NEW Mask
4

If it has a soul and the person has regrets, the Penance Stare will kill them. If not? Ghost Riders can also consume souls from others. A Ghost Rider is essentially unstoppable, unless you’re a being from Heaven of Hell, or have a weapon from one of those places.

@MoleBoy833 they have been discussing homophobia and LGBTQIA since the 60s though. The X-Men were originally an allegory for homophobia, though they evolved into an allegory for racism throughout the years. Marvel has always been very active in discussions regarding race and sexuality, but in the 60s it was easier to talk about these things because pretty much every straight white person was racist/homophobic/transphobic/biphobic, etc,. and comics were a lot more popular, but in this day and age, it’s a lot more difficult because now, not every white person is racist (even though a sickening amount still are), and comics are a very small industry. Comics sell around a few thousand units. And in the age of the internet, it’s very easy for someone to see this as Marvel profiting off the situation and get that view point out to millions of people.

Obviously there would be people who would see it as a good thing, but most would definitely see it as a corporation making money off the death of innocent people.

That’s a very interesting idea. Though comics have always been political, I think dealing directly with the death of George Floyd isn’t a smart move. Even with good intentions, it’s still profiting off of an innocent man being murdered. Which is what everyone would see it as.

Though it wouldn’t harm Marvel or DC to talk about BLM in their comics, I’d say right now isn’t appropriate because again, it’d seem insensitive considering right now the protests are at the highest they’ve ever been and most people will see it as profiting off of it.

It’s a very risk vs reward type thing. You do it right? You get the public on your side, maybe change a few lives. Do it wrong? Sales will plummet and people will be fuming. We have to remember that Marvel and DC and comics as a whole is, first and foremost, a BUSINESS. They want to make money. Considering the risk outweighs the reward (at least financially), chances are that it won’t happen.

Again though, it’d still be good for them to talk about BLM. Marvel has done a decent job with LGBTQIA representation (excluding New Warriors), and it could do them well to also discuss racism as much as they have homophobia and the like.

Marc. Though they are about equals in combat, Moon Knight is an unrelenting force. Even if Crossbones kills him, Khonshu can bring Marc back. His pact with the God makes him essentially immortal.

Not to mention that he’s currently a Ghost Rider after stealing Robbie Reyes’ powers.

Take those away and Marc is still practically unstoppable. He doesn’t feel pain, which means he’ll just brush off any attack and keep going.

Ultimate Green Goblin was confirmed to be an Immortal back in 2015 (alongside Ultimate Peter and, in theory, Miles), so Blight wouldn’t stand a chance.

A reply to Alpha many fan
1

I’d prefer a Superior Spider-Man like Christos Gage’s run if we were getting one. Where he doesn’t take over Peter’s body. He’s a lot more interesting when separate from Pete.

But the MCU is the worst place to have a Superior Spider-Man story. I’d much rather him in Into The Spider-Verse 2, or in a video game.

Honestly, it could go either way.

Spider-Man’s Spider-Sense and his reflexes and agility do make him a hard target. He has beaten Cyclops, Wolverine, Nightcrawler, Colossus and Storm before. Though it should be noted that Storm would have the advantage if they were outside.

Peter is also a genius, so five hours gives him a lot of time to plan ahead as well as make a plan B and C.

If he could lure Storm into a building in Wakanda, I’d give it to Spider-Man. If not, I’d say Storm. 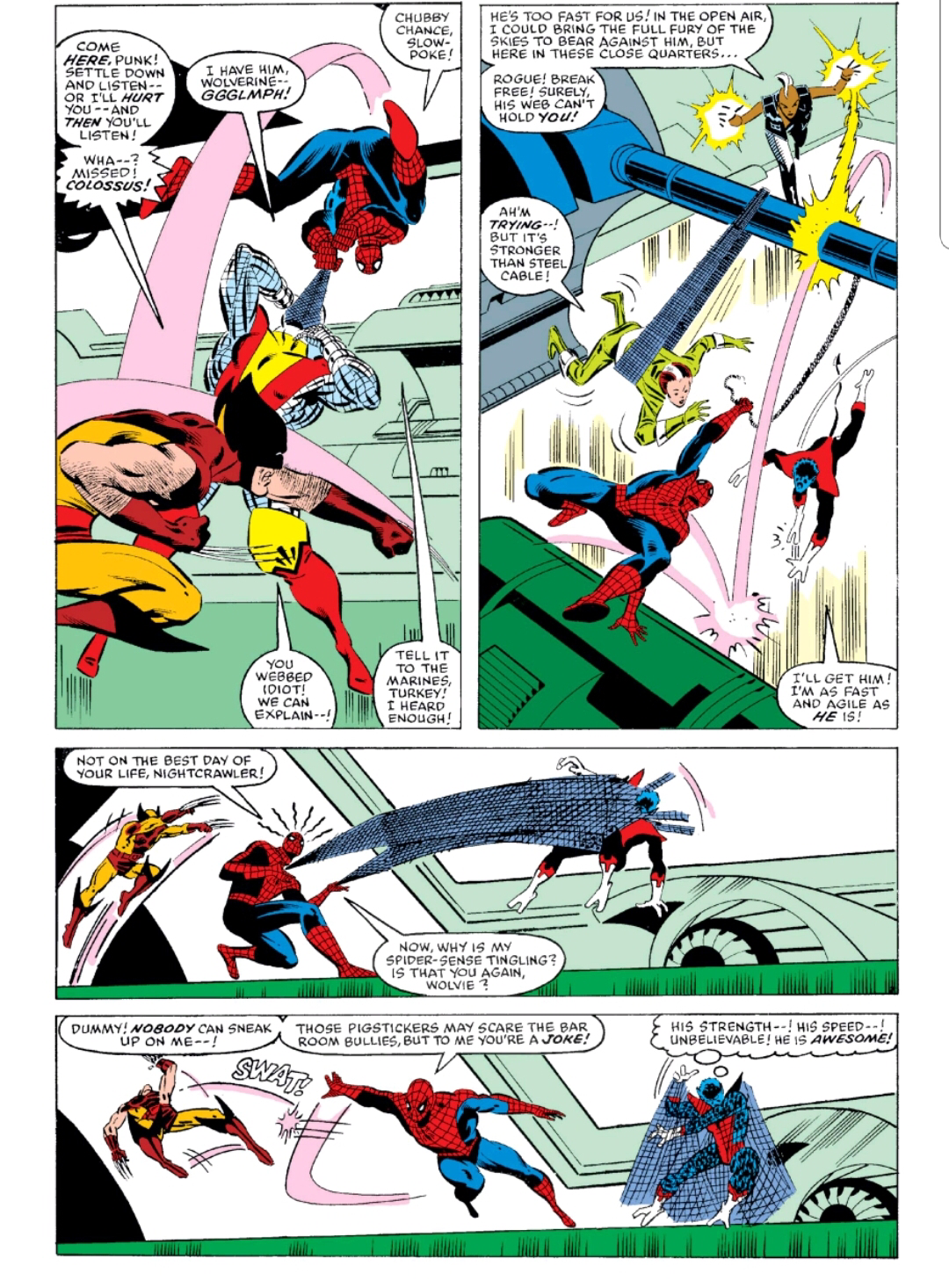 Moon Knight. One power he has that not many people know of is that due to his deal with Khonshu, he is an immortal. Every time he dies, he just gets better within a few seconds.

In my opinion? Moon Knight.

Inhuman because lockjaw. I love both, but mutants don’t have a six foot tall puppy.

Yes. I myself don’t like the MCU one bit (with the exception of the Netflix series’s), but to say that people who only like the films aren’t fans is rude. MCU, comics or cartoons, it’s all MARVEL. They’re just fans of different aspects of the brand.