A reply to Randomness central
0

A reply to John Dennis Espinola
0

I won't lie. You would expect that Steve's funeral would be a pretty big deal. Personally, I think Steve is gone but not dead. He might be living off the grid somewhere without any connection to outside society (insofar that Sam and Bucky cannot contact him nor know his whereabouts). This would probably be the only way a stubborn super-soldier could find peace and prevent himself from being dragged back into the problems of the world (ironically, like Thanos' "retirement plan" in the Garden).

A reply to John Dennis Espinola
1

While my gut tells me that Steve is probably not dead (just living under an alias), the fact that there was no reaction to Walker's role as Captain America does lead me to believe he might be gone. Also, Sam and Bucky generally speak in past tense when Steve gets brought in some sense of remembrance.

A reply to John Dennis Espinola
4

@Lagvaldemag Oh god. Could you imagine William Burnside? I think that would be actual Homelander territory relative to John Walker. At least Walker is somewhat sorry for being a dick in the comics. Burnside is bonafide psychopath.

Ultron would be next on the chopping block.

(edited by Moroboros)
A reply to John Dennis Espinola
6

Nah. Chris had his run. If he ever returns to the role of Steve Rogers, it should be a big fuckin' deal. Like, "ending the MCU with Hickman's Secret Wars"-big of a deal. Same goes for RDJ.

I just looked up the Skrull page on the wiki, which apparently includes a section on Skrullian reproduction.

How this works in Skrull/Kree hybrids is uncertain, but I don't see Ted demonstrating any complications in his Skrullian capabilities due to his hybrid nature.

Furthermore, the page on Xavin from the Runaways discusses gender fluidity for Skrulls under the Notes section, quoting the character as stating "For [Skrulls], changing gender is no different than changing hair color."

This implies that Skrulls can specify their gender as a matter of personal preference. As Ted was raised on Earth, however, he seems to predominantly identify as male, so the implications of changing his gender (completely or partially) to bear a child would definitely be interesting to explore.

If Vision and the Scarlet Witch could have kids given the circumstances, I don't see why Bill and Ted can't. It would be interesting to say the least. It reminds me of how Nightcrawler was originally going to be the child of Mystique and Destiny (with Mystique presumably becoming male in the situation). I'm sure Hulkling would do the same. I doubt Wiccan would "magic" up children like his "mom" though, having gone through that before.

I guess the easy answer would be Captain America (Steven Rogers). He's tenacious and brave, so "overcoming great fear" is right down his alley. In regards to creativity, I guess he would do just as fine as Hal Jordan or Guy Gardner. I wouldn't say that they are the most creative of the Corps, but that doesn't make them any less powerful. 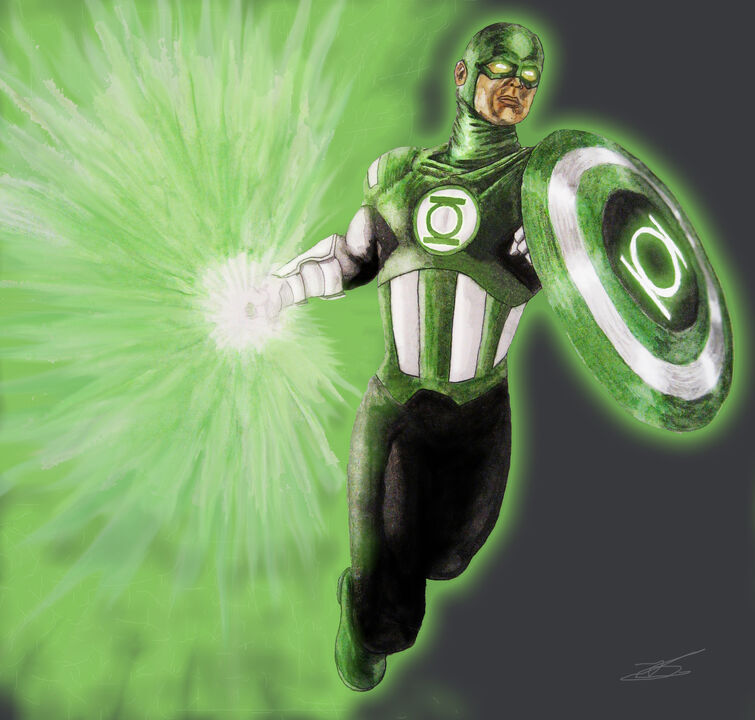 On the other side of the spectrum, I'm sure Doctor Doom would be like Batman, with a choice between a Green Lantern Ring or the Sinestro Corps (although he isn't really the "joiner" type). 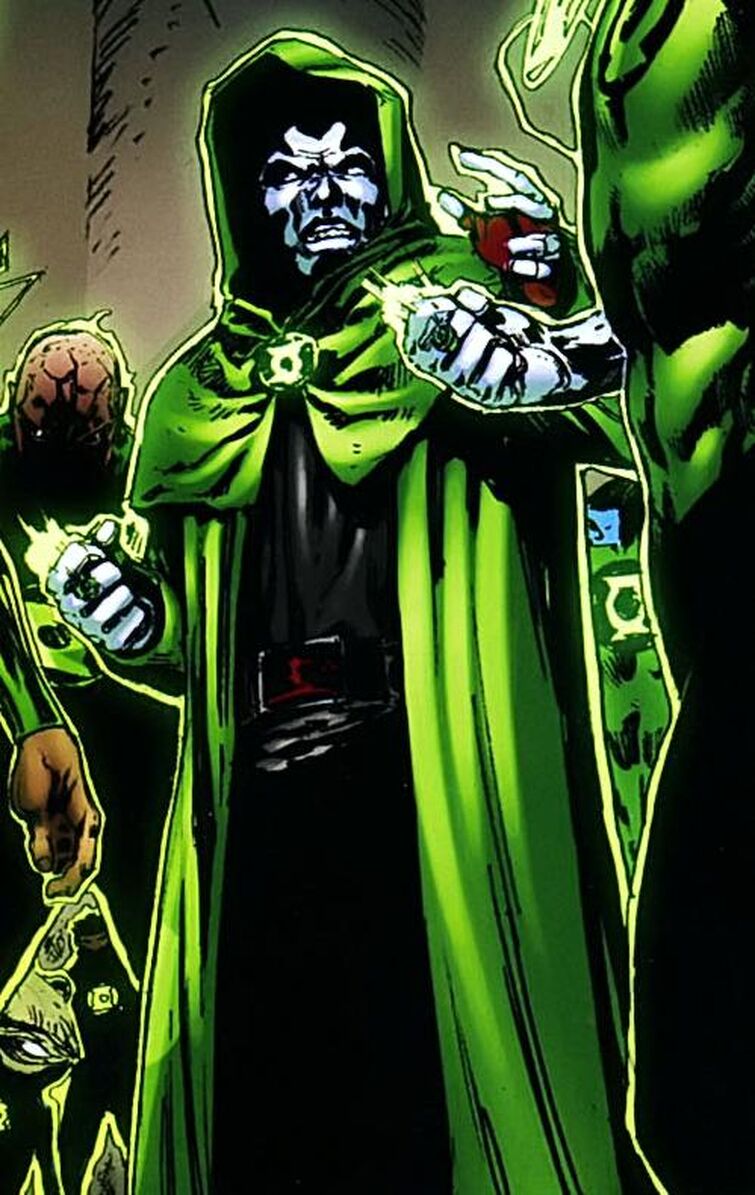 Herc's an anything-izer if we're being honest. One of my favorite pairings is actually Hercules and Wolverine from Earth-12025. Them together is a surprisingly badass concept.