That's better than What I couldve done that's for sure. Lol

I know. That's why I said he could survive 3 mins maximum.

I think Juggernaut would plow through Cypher within 3 seconds. Like I said, Vermin can be killed easily, But I'd say he survive around 3 minutes considering he has a couple clones. Bulldozer would either take out Boom-Boom or Glob. Crossbones would be K.O'D by anyone but Cypher. I think imma have to go with Bane's team aswell.

A reply to Silvestre Martinez78
0

Quicksilver, Mr. Fantastic, and Giant-Man are my top 3

Also Vermin would not survive 5 seconds. Whelan is just a humanoid rat that can be Defeated By Literally Any Lethal object, Which includes Explosions, Psionic energy, etc.

Juggernaut can be subdued by cement, But unless there is a Cement hose or A Cement Truck, I'd say Marko COULD Win. If the 5 work together maybe.

I am pretty good at drawing Johnny. I might try Reyes though. 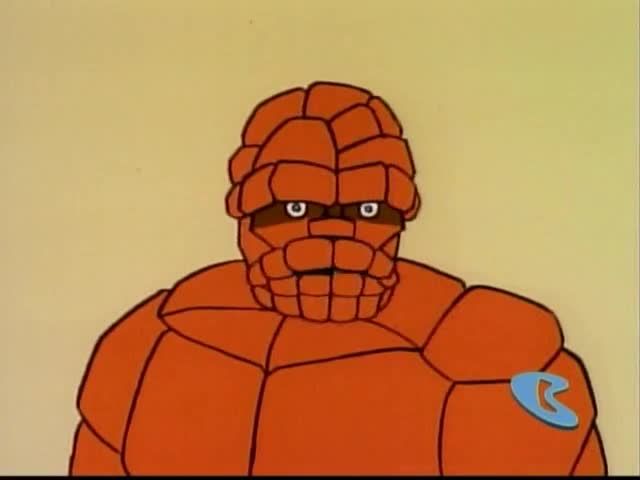 Anyone else Getting Creeped out or is it just Me?

Too bad I suck at drawing. I can get better though

Disclaimer: This is MY Own Universe. Meaning they are My Own version of the characters. They have slight alters in abilities, backstories, etc. You are welcome to use them in your own posts if you may like, But First Must ask Permission.

Darkhawk Skill Set/Feats: Can Go up to Mach 3 (With Suit) , Has Vibranium Plating on Suit and Wings, Can use Microchips to assemble his suit on him ( Like Iron Man 3), Can Shoot Optic Beams, Has A Unibeam, Can Grow Claws from the Knuckles of his suit, Former Member of the Avengers, New Member of "The Defenders", Feared By Most Night-Dwelling Criminals.

Whirlwind Skill Set/Feats: Suit can make Whirlwinds powerful enough to Level Multiple buildings with Ease, Has Retractable Blades on Gauntlets, Mercy Killed The Wizzer, Claiming "Your Bravery will not be in vain, Old Man.", Has Nearly Leveled Avengers Tower/Mansion Multiple times, Member of "The Masters of Evil", Has Random Anger Outbursts/Fits, Somehwat considered a Loner, Killed Hundreds of people in Last Crime Spree.

The Sun was Rising on New York City, With the Young But Intimidating Christopher Powell Sits at his Desk, Pinning Pictures with Thumb Tacs on a Board, With his Darkhawk Suit On display Behind him. "So, If Hammerhead Was Doing His Deal In The Alley of 34rth Avenue..." Powell Plotted. Until His TV Blurted "Breaking News! The Dangerous Villain Known as Whirlwind, Has escaped custody at Ryker's and is Now at Large, Remain inside Your homes and Wait Until The Authorities can Stop Him." "Well, That's my Cue." Christopher puts his Suit on Peice by Peice, Then his wings come out it's back and he flies through his roof, Stopping and seeing a Already Colossal Whirlwind heading towards The City. He Flies at Mach 2 towards The Whirlwind. As He got Closer, He could see the Villain Hovering Over the Giant Winds. "Heeeeeellloooooo New York! Ha Ha!" Darkhawk Shot a Blast from his Suit's eyes, But the Whirlwind Only Absorbed The Tiny Blast. "Oh! A Little Hero! Who even Are you, Little Birdie?!" Whirlwind Teased. "Names Chris! But You can Call Me Darkhawk!" He tried to Fly Towards Cannon, But The Massive Whirlwing Blew Him Away. "Good Luck!" Whirlwind Shouted "This Is Complamentaries Of H.A.M.M.E.R Tech! Actually one of His only great Masterpeices!" Whirlwind Charged towards the city, Buildings being Sucked in n by the lethal Winds. Darkhawk looked for something to use, and Found There was an Opening. Darkhawk went to the bottom of the Whirlwind, And shot an Optic Blast at Whirlwinds foot. The Whirlwind stopped and he fell. "GAAH!" Cannon's foot was now Bloody, with a hole through his armor. CLNNK. Whirlwind's Metal Armour made a sound as It Hit the Concrete of the streets of New York. Around them, Buildings Where Destroyed, Some Lopsided and some torn In Half, and some where completely gone. Rain Crashed down on the Anti-Hero and The Villain. Darkhawk Broke Whirlwind's Helmet, and So his Face was all showing. Darkhawk Mounted On Him, Beating his face. He started to spit Blood, and With Each punch, Another Bruise and Cut would appear. Finally, Darkhawk Stopped, and Spread out His Metallic Wings, Getting ready to fly off. "Come On, Lil' Birdie! Finish This!" Whirlwind shouted, Slowly Getting up. Darkhawk turned around. "Are you serious?" He Exclaimed. Darkhawk Extended his Claws, And Whirlwind got back up and Extended his Blades, Whirlwind charged at Darkhawk, But His Claws Penetrated Whirlwind's Armour... And His Stomach. Cannon Spat Blood all over Darkhawk's Wrist, Being quickly washed away by the rain. Shhhiiing. Darkhawk Slowly put away his Claws. THUD CLNNK Whirlwind Fell, Motionless. Darkhawk flew away, Leaving The Villain there to die. 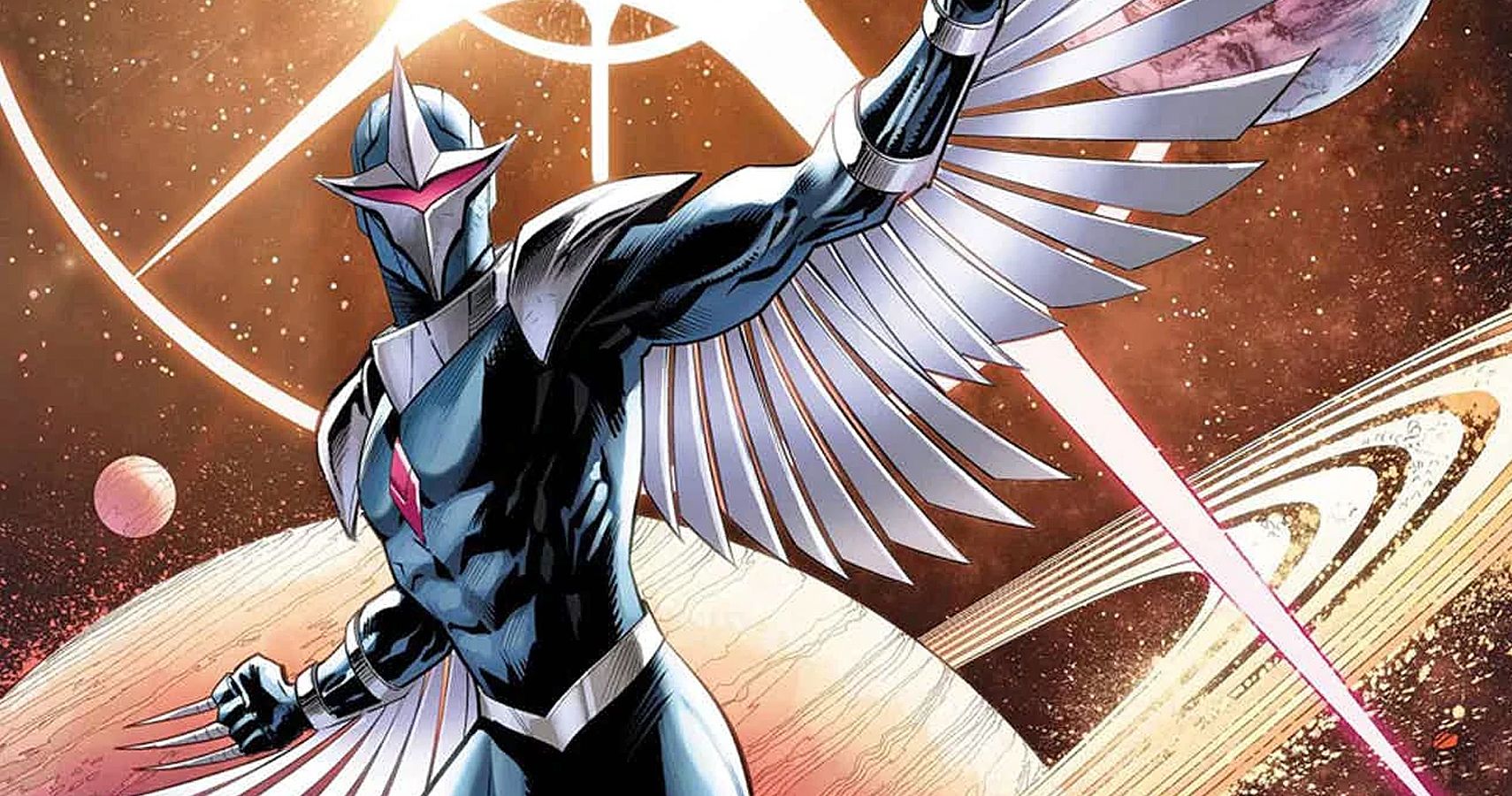 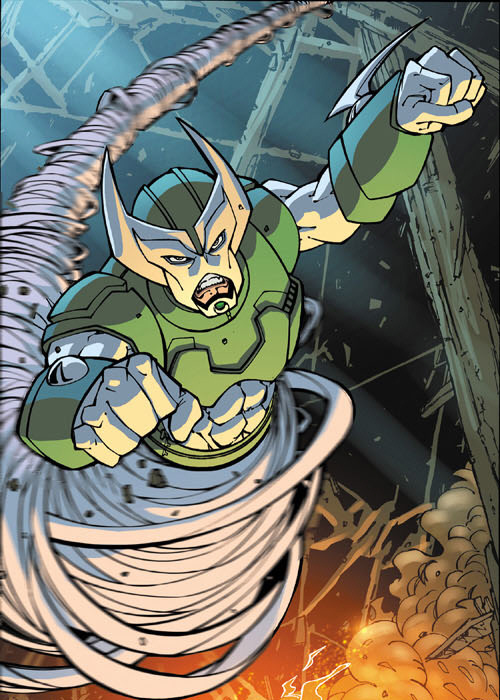 Now, I said this is My own Universe, And Some people are already dead, Like Whizzer and Others. There will be more deaths mentioned in Future Clashes. Also, This Universe's Whirlwind is called David Cannon, As In Official Comics. But seeing how David Dies In this Clash, In this Universe He has a Son Named William Cannon. He is going to be Taking the Mantle Of Whirlwind II, So hope that makes since. I did it so it wouldn't Upset anyone who Liked Whirlwind. Also, In this Universe Darkhawk Is a Punisher Type Character but deals with Larger threats.

Soooooo, I'm kinda indecisive. I wanna be Part of The Fandom, But idk what I should do. My Marvel Clash thing isn't really working, and I don't know of any original ideas to do. Tell me if I should continue writing and posting my vs. Battles. My Latest one was Mr. Fantastic vs. Doc Oc, But Not many people are reading them, and I want to entertain people.

Popular Opinion: Thor is The Most Fun to Play as.

I pre-ordered and got early access. I've already completed the game. 9/10 imo

He used a Gun, Didn't He? I watched it in the 80's, around when I was Born. My first ACTUAL Marvel Movie was Spiderman 2. I dont really count timely's.