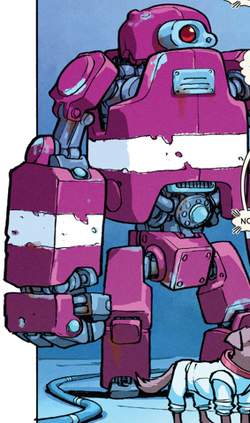 After some time, he and four more 'Mechs were taken by the Scavengers, and as a result he ended up in Know Where. After some time, Cosmo hires a raccoon to rescue him and the rest of the fur and send home, then Rocket and named him Brutus. During the shootout at the auction, they retrieve four 'Mechs, after which all five are sent home.