Furious at the invasion of Iraq by American super-soldiers, scrawny Azerbaijani teenager Abdul Al-Rahman volunteered to undergo medical treatments to gain enhanced abilities that would allow him to strike back at America. The treatments were successful, and Al-Rahman rapidly gained muscle mass and an enhanced physique. He was the first person since Steve Rogers who was responsive to the Super-Soldier Serum.[1]

As the Colonel, he joined the the Liberators, a multinational group of super-powered villains. During the Liberators' invasion of America, Al-Rahman engaged Captain America (Steve Rogers) in hand-to-hand combat, ordering all other units to not interfere. The two fought across the National Mall while the Colonel criticized his opponent for fighting for an America that betrayed its ideals and bullies other nations. After Rogers nearly defeated him, the Colonel rescinded his order, having his soldiers hold Rogers down while Al-Rahman prepared to decapitate him. However, the Hulk threw Captain America's shield at him with enough strength to slice off the Colonel's hands, giving Captain America time to break free and knock the Colonel into the fountain of the World War II memorial. Captain America then impaled Abdul with his own weapon, killing him.[2]

Super-Soldier Serum: After undergoing the Super-Soldier Serum treatments, Colonel's body was enhanced to the peak of human potential and supposedly equal with Captain America. His body mass and height were also augmented.[1]

Colonel Abdul al-Rahman was supposedly equal to that of Captain America, so it can be assumed his strength level is 2-5 tons. 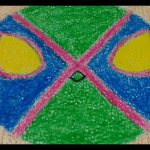