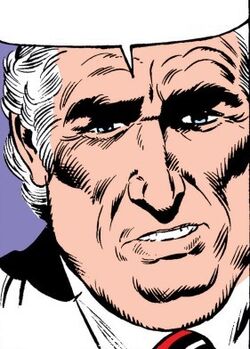 Abe Jankovitz was a professor of neurological sciences at Seaboard University and college classmate of Reed Richards who Reed contacted to help research his son Franklin's newly discovered powers. During one of his experiments, Franklin unleashed Ego-Spawn which bonded to Franco Berardi. The experiment only concluded when Invisible Woman was to switch off the machine. Reed thanked Abe but deemed Franklin's powers too dangerous to be around others.[1]

Like this? Let us know!
Retrieved from "https://marvel.fandom.com/wiki/Abe_Jankovitz_(Earth-616)?oldid=5446780"
Community content is available under CC-BY-SA unless otherwise noted.