This armor was created in order to protect Wolverine after he lost his healing factor to a Microverse virus.[1]

After Wolverine had gone to Spider-Man for information, Spider-Man gave advice regarding Wolverine's current condition and mental state, and 'playfully' tossed him off the top of a building, catching Wolverine with a webline just before he hit the ground. Spider-Man had also measured Wolverine's body during that time, and later, would sneak into the Jean Grey School to leave a present for Wolverine in the form of an armored suit.[2]

The armor is incredibly resistant. It can withstand a point blank laser blast and prevent its user from suffering any internal damage, and can presumably "withstand a nuclear blast." The armor also possesses three retractable claws in each wrist.[1] The armor is apparently fairly easy to copy as Logan has multiple uniforms created presumably in case one is damaged.[citation needed] 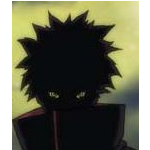