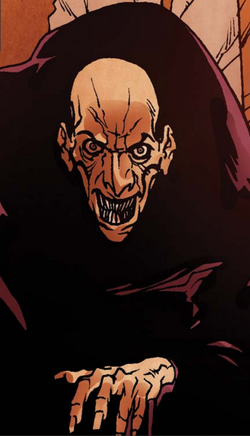 Adrian Toomes, aka The Vulture, was a former carnival geek who performed eating chicken heads before gaining a taste for human flesh. He was a part of the Goblin's mob, and was responsible for killing Benjamin Parker, whom the Vulture cannibalized after Parker was beaten by Osborn's Enforcers.[1] He was killed by the Spider-Man when he took May Parker hostage and attempted to kill her after being ordered by the Goblin to capture Peter Parker.[2]

Seemingly those of the Adrian Toomes of Earth-616.

Like this? Let us know!
Retrieved from "https://marvel.fandom.com/wiki/Adrian_Toomes_(Earth-90214)?oldid=5806520"
Community content is available under CC-BY-SA unless otherwise noted.