For fictional versions of Al Milgrom as a character within comic books and/or other media,
visit this disambiguation page.
Al Milgrom 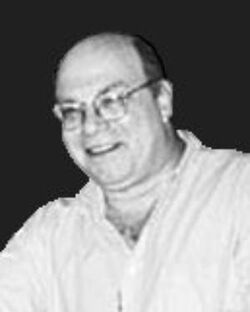 He grew up in Detroit. He is a close friend of Jim Starlin, who helped him break into the business;the two have often collaborated.

Milgrom is known for his 10-year run as editor of Marvel Fanfare;his long involvement as writer, penciler, and inker on Peter Parker, The Spectacular Spider-Man;his four-year tenure as West Coast Avengers penciller;and his long stint as the inker of X-Factor.

Milgrom was also nominated for the Shazam Award for Outstanding New Talent in 1974.

Milgrom came to prominence as a penciler on Captain Marvel from 1975 to 1977. He penciled the Guardians of the Galaxy feature in Marvel Presents, which was written by Steve Gerber and Roger Stern.

Gemini is a signature used by Jim Starlin and Al Milgrom, primarily on covers.

Like this? Let us know!
Retrieved from "https://marvel.fandom.com/wiki/Al_Milgrom?oldid=6545963"
Community content is available under CC-BY-SA unless otherwise noted.