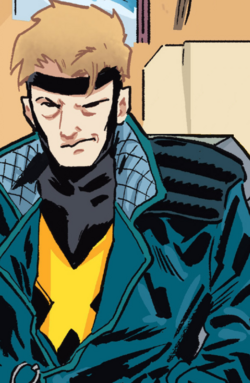 So you're Havok, right? I know everyone says you're, like, the crappy Summers brother, but I think your chest blasts are so much better.

Havok was with the other members of X-Factor member when they were accompanied by student Bailey Hoskins who wouldn't stop talking about how cool he thought they all were.[1]

Like this? Let us know!
Retrieved from "https://marvel.fandom.com/wiki/Alexander_Summers_(Earth-TRN656)?oldid=4911414"
Community content is available under CC-BY-SA unless otherwise noted.