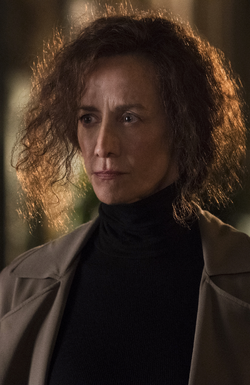 Alisa Jones was the mother of Jessica. After a crash that kille her husband and son, she was experimented on by Doctor Karl Malus, which ended up giving her superhuman abilties.[1]

Alisa Jones was a baseline human until an automotive accident nearly killed her and IGH experimented on her to save her life.[1] Because of her unique DNA, Alisa was not only healed by the procedure but also gained superhuman powers including:

Like this? Let us know!
Retrieved from "https://marvel.fandom.com/wiki/Alisa_Campbell_(Earth-199999)?oldid=5650224"
Community content is available under CC-BY-SA unless otherwise noted.