The laws of physics don't apply here. The Microverse rewrites the rules. Even we're not the same here, not really. Just being here changes us.

Wasp was just trying to help Ant-Man get home to Earth to see his daughter...but a little problem got in the way. Very little. Subatomic, in fact, as Scott Lang was lost in the vast spaces between atoms! Now, Nadia is his only hope of rescue… if only he would listen long enough for her to save them! From master storyteller Mark Waid (CAPTAIN AMERICA, CHAMPIONS) and Marvel Young Gun artist Javier Garrón (SECRET WARRIORS, STAR-LORD) comes a story of a big journey getting smaller all the time! 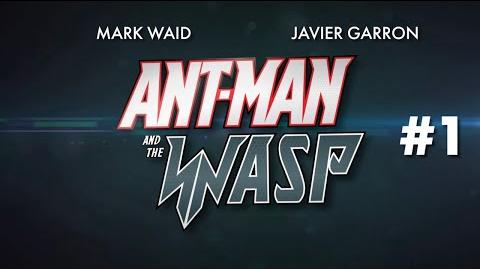 Go Behind The Scenes of ANT-MAN AND THE WASP 1!