Heroes don't get any bigger.

Additionally, John Slattery reprises his role as Howard Stark.[7] Gregg Turkington appears as Dale,[14] the manager of a Baskin-Robbins.[5][7][18] Hayley Lovitt appears as Wasp / Janet van Dyne in a non-speaking role. Stan Lee makes a cameo appearance as a bartender.[19] Original Saturday Night Live cast member Garrett Morris makes a cameo as a cab driver. Comedian Tom Kenny provides his voice for a stuffed rabbit that Scott gives Cassie for her birthday. YouTube star Anna Akana makes a cameo as a writer who knows the Falcon. Chris Evans and Sebastian Stan reprise their roles as Steve Rogers and Bucky Barnes, respectively, in a clip from Captain America: Civil War that serves as a post-credits scene.

Jordi Mollà shot a scene as Castillo, a Panamanian general Hank steals a microfilm from in the 1980's, but the scene was ultimately cut from the movie.[11][20] Patrick Wilson, Matt Gerald, and Kevin Weisman were cast in undisclosed roles before departing the project in July 2014.[21][22][23] Wilson's role was later revealed to be that of Jim Paxton, which ultimately went to Bobby Cannavale.[20] Jordan Peele was also cast in the film, but had to leave due to scheduling conflicts at an unknown time.[24] 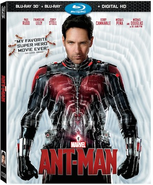 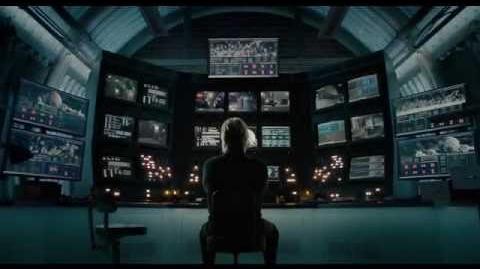