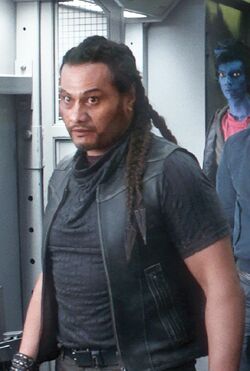 Ariki was one of the inhabitants of the island nation established by Magneto.

He joined him along with Selene and Beast to face Jean Grey who had been possessed by the Phoenix Force. After fighting the X-Men who were trying to save Jean, they were captured by the government. After being released from the Inhibitor collar on the train, he was killed by a D'bari.[1]

Like this? Let us know!
Retrieved from "https://marvel.fandom.com/wiki/Ariki_(Earth-TRN414)?oldid=6075170"
Community content is available under CC-BY-SA unless otherwise noted.