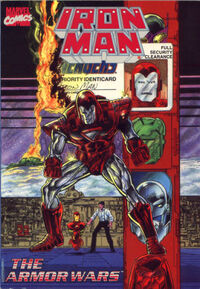 Iron Man had battled the criminal called Force, and had recruited and helped him. Tony Stark was examining Forces' armor and realized a lot of the technology resembled that of Iron Man's armor technology. It was then revealed that Spymaster had stolen some Iron Man armor secrets and had sold them to Justin Hammer, who then sold them to criminals and heroes alike. Tony Stark then invented "Negator Packs" that could destroy his technology on contact.

Tony Stark suited up as Iron Man and printed out a list of people who had his secrets. He went after Stilt Man, and used the first of his negator packs on the criminal. He then confronted the Mauler, who just gave his costume away with no fight. After that, he went after the Controller. In their battle, a boy was killed, and acting blindly out of rage, Iron Man defeated the Controller. Some of his next targets included Stingray, the Mandroids, Crimson Dynamo, Titanium Man (Gremlin), and others.

"The Day the Hero Died"

Iron Man had lost his friendship with Steve Rogers, and was no longer an Avenger. He was an international criminal, now, and Tony Stark "fired" Iron Man. The government then sent the agent "Firepower" a man in a huge battle suit/armor, after Iron Man. The battle took place in the desert, and when Iron Man was almost defeated, he retreated to a helicopter, in which James Rhodes was inside. Tony Stark took off the Iron Man armor and filled with blood packs. He and Rhodes then sent it flying out the helicopter. Firepower fired a missile and blew it up. With the blood all over, everyone in the world except Anthony Stark and James Rhodes thought Iron Man was dead.

Firepower then began attacking Stark Enterprises all over the world. Meanwhile, Tony Stark adds the finishing touches to the new Iron Man armor he'd started working on just before the fight with Force; He adds a protective circuit that would not let the technology get stolen, and faced Firepower. The new armor actually did some damage to Firepower's armor. Firepower was about to launch a missile but his armor was so banged up it was stuck. With 9 seconds to spare, Iron Man found the cancellation code for the missile. Firepower was then arrested. Tony Stark then decided he was not going to destroy the new armor like he originally planned, because of what Firepower said: "There'll be others who will kill you. Just like I killed the OLD Iron Man."

Tony went to bed last issue at the very end. Little did he know, even though the "Armor Wars" were over now, the nightmare had just begun. In his dream he was Iron Man in his old armor fighting a mechanical beast. He confronted James Rhodes in Iron Man armor, tons of corpses, and a living cybernetic world. The beast that he was fighting absorbed his power, so he reversed repulsors, defeating the creature, but tearing his armor apart, causing an explosion. As he screamed in pain, he woke up, and realized that the dream was just a reflection of his own guilt. The Armor Wars were then officially over. 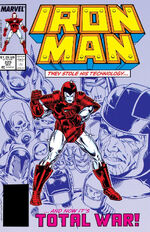 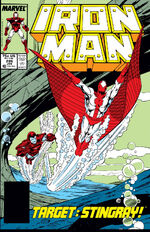 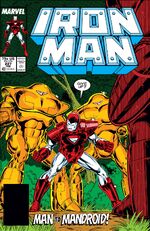 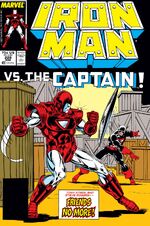 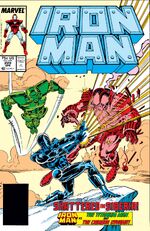 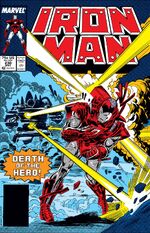 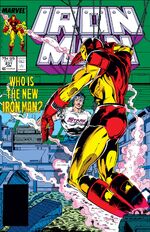 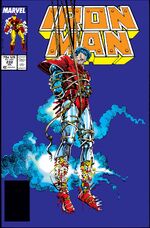 Retrieved from "https://marvel.fandom.com/wiki/Armor_Wars_I?oldid=5000847"
Community content is available under CC-BY-SA unless otherwise noted.