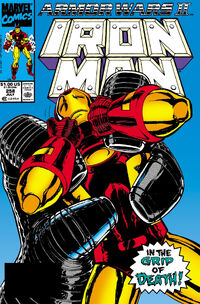 Iron Mans artificial nervous system is being controlled by the Marr's twins. He loses body control in battle with a new Living-Laser. He must use special armor that he mentally controls to enable him to walk and talk, but it makes him slow and vulnerable in battle. Meanwhile the Mandarin gains control of Fin Fang Foom and is gains one third of China. The storyline ends when Iron Man must fight a huge robot suit. He is as good as dead when Jim Rhodes goes into an Iron Man suit and defeats the foe, smashing him into a building. The building collapses and the new foe is thought to be dead. Tony Stark now has little control of his body. The story of the Mandarin and Tony's nervous system continue in Iron Man #267 where Iron Man's origin is retold. 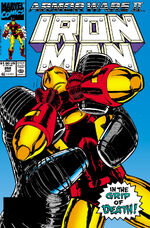 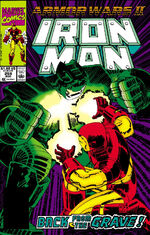 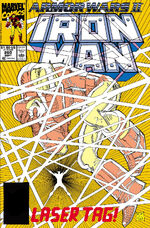 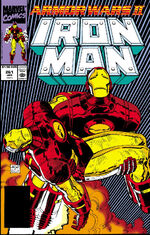 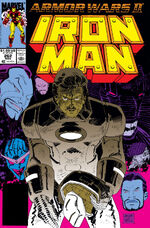 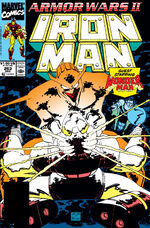 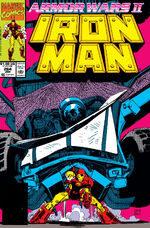 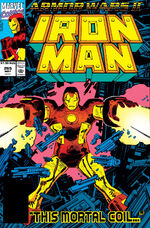 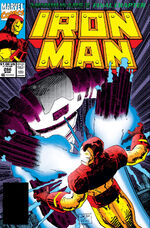